We can send people into space and satellites to the furthest reaches of our solar system, but did you know that there are parts of our planet that haven't even been mapped? Ditto for all the animals that lurk deep in our planet's jungles or in the dark depths of our oceans' trenches!

Some animals are naturally extremely timid as they need to hide from predators, whilst others live in hard-to-reach places.  Here are 12 extremely rare animals that we bet you won't recognize.  Suffice to say that Mother Nature is full of wonderful surprises! 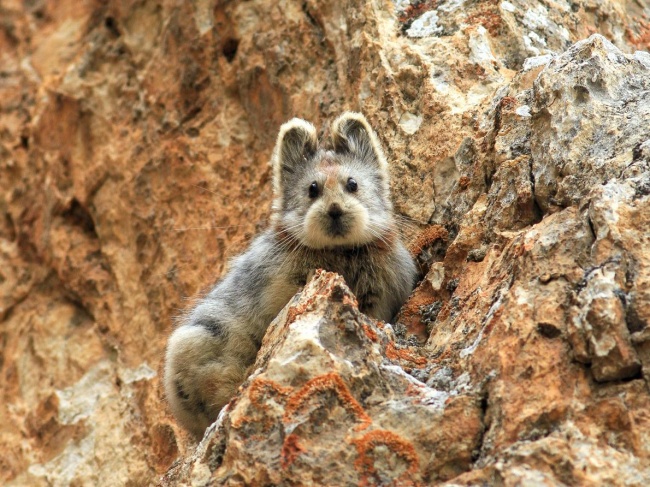 Also known as the 'Magic Bunny', this adorable ball of fur looks like a marmot-rabbit hybrid. Native to the remote Tian Shan Mountains in China, it's only been recently photographed, even though scientists have known of its existence for over twenty years! 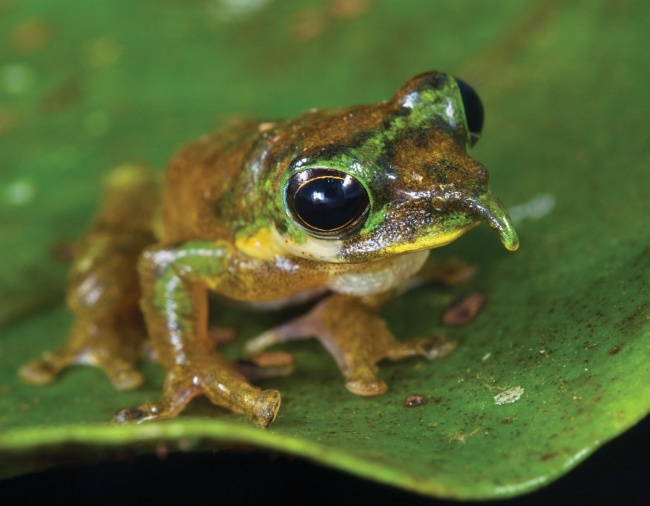 This cute little frog is also known as the Spike-Nosed Tree Frog.  It inflates its odd, little nose whenever it senses a predator or if it wants to attract a passing female! 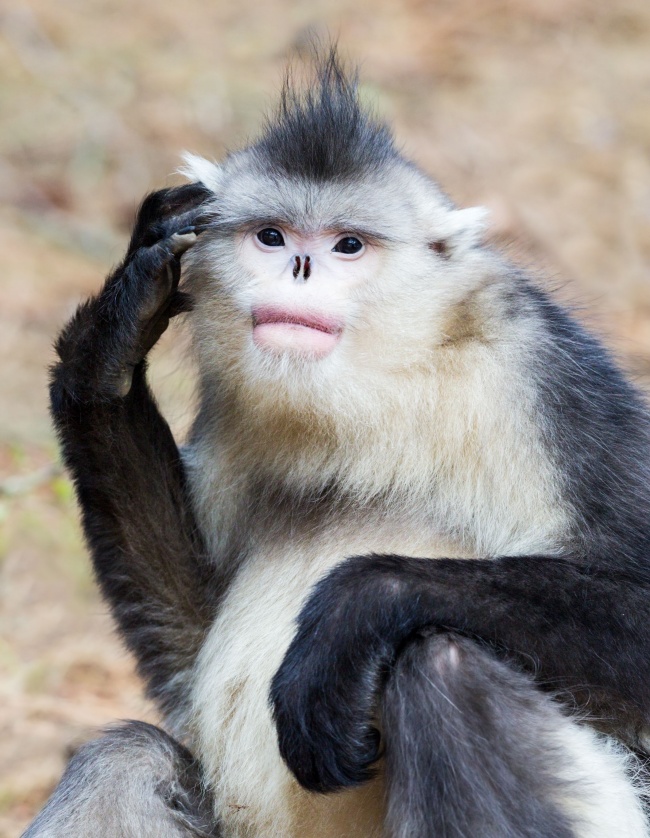 This is the rarest monkey on record and was only discovered in 2010! It lives in Asia, with highest populations in Tibet, Sichuan, Yunnan and Guizhou. Its snub nose means that its nasal cavities aren't protected, which makes this monkey prone to sneezing when water droplets fall into its nostrils! 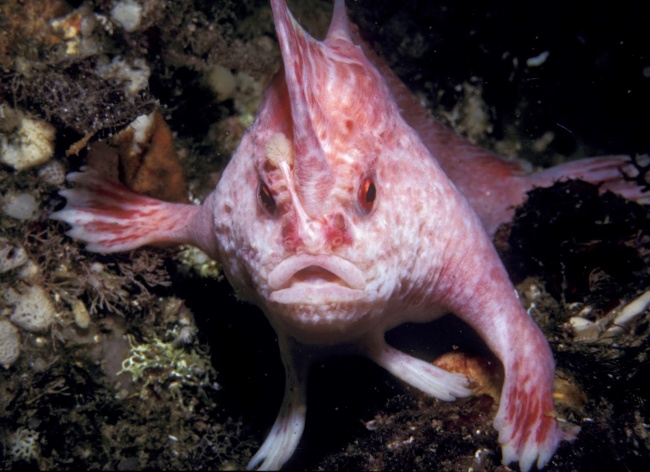 14 new species of handfish have been discovered in recent years and sadly 9 of them have been classed as on the brink of extinction. 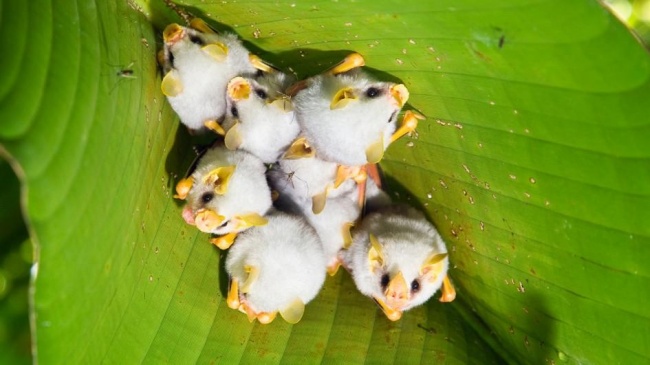 These tiny bats nest on heliconia leaves and live off fruit. Adults measure between 1 1/2 to 2 inches max.

6. The Grimpoteuthis or Dumbo Octopus 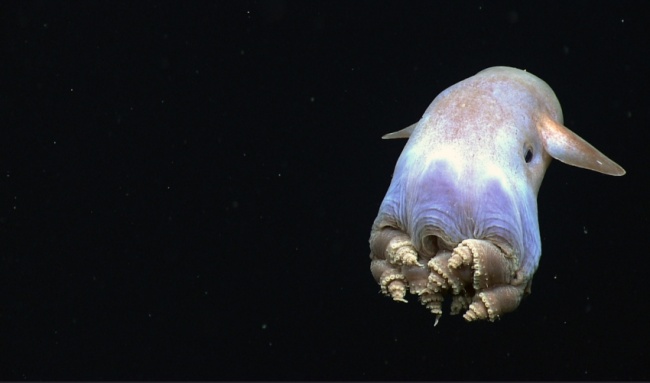 This strange Dumbo-like octopus is a deep sea creature. It has two ear-like fins on its head and 8 small tentacles that look like little trunks! 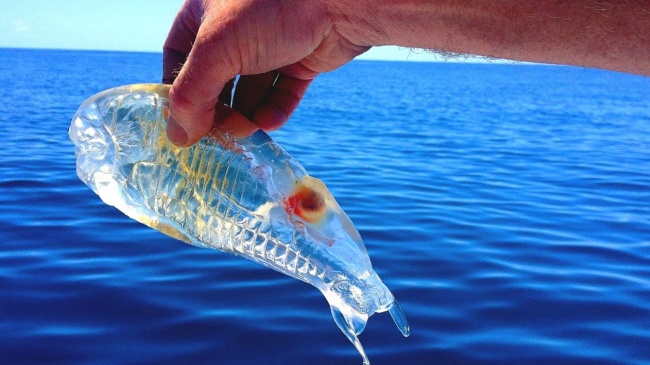 These outer-worldly creatures are planktonic tunicates that feed on the carbon dioxide present in water by pumping it around their bodies. They're almost entirely transparent and floppy in texture.  It's thanks to them that carbon dioxide levels in sea water and the air are stabilized! 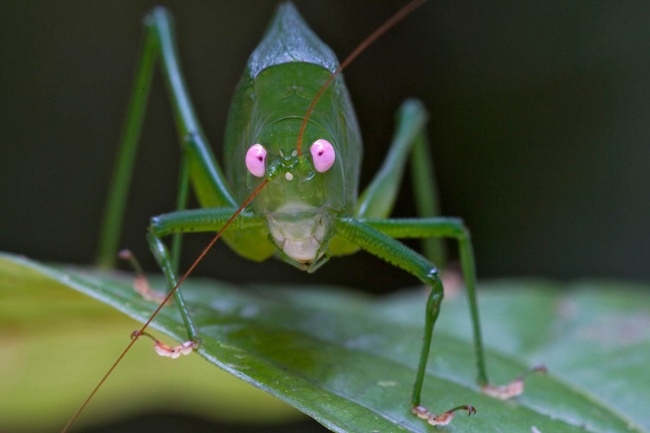 This remarkable grasshopper's found on the high Pacific plains, particularly in the Muller Mountain Range.  Its body is a standard grasshopper green, but it has extraordinary pink eyes and feet - features that make it easily stand out from the rest of the insect crowd! 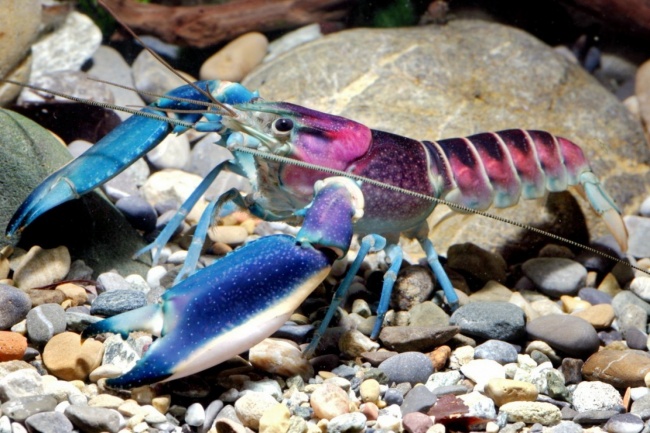 This stunning crayfish was discovered in Indonesia in 2016! This recent addition to the crayfish family has a brightly-colored shell that differentiates it from its gray and blue cousins. 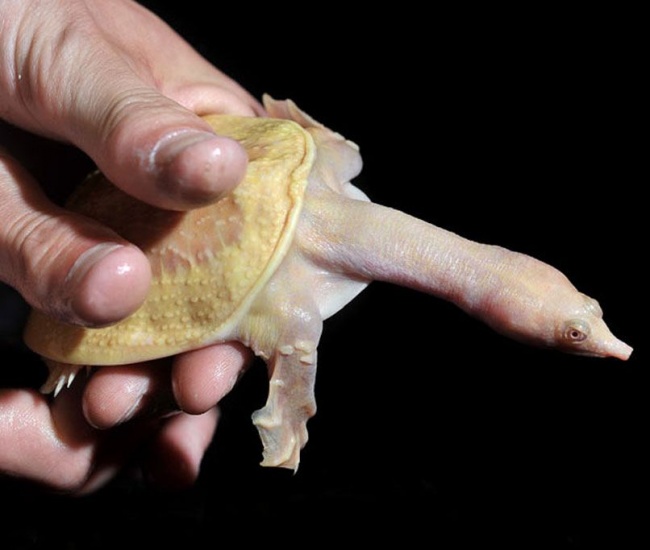 These small tortoises almost lack any pigment, have unusually long necks and big nostrils that work like snorkels to help them breathe under water. What's more, unlike other turtles, they have a soft shell. 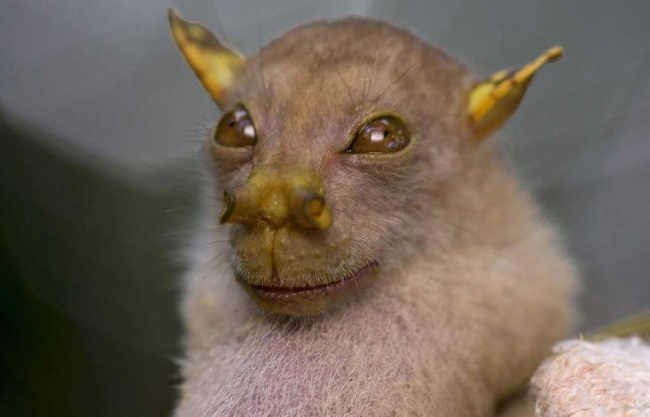 These bats look a bit like flying camels, with their prominent noses, bulging eyes and little, pointy ears! They were first discovered in 2009 in Papua New Guinea and were quickly nicknamed 'Yoda Bats' in honor of the Star Wars Jedi Master.  Even though they may not be able to wield a light saber, you'll have to agree that the resemblance is striking! 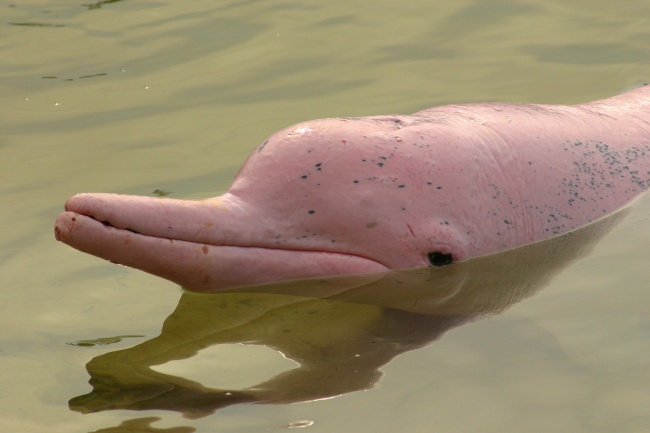 These freshwater dolphins live in the Amazon River. They're born with a light gray skin that turns pinkish with age. However, you'll need to head to South America if you want to see one, as they're too aggressive to be kept in captivity - good news for those of us who prefer to let animals live in their natural habitat!