Movies involve the art of illusion and nothing is left to chance.  Costumes, set designs, props - all are decided in advance.  And if you're really observant, you'll have picked up on subtle messages, where the directors have included almost impossible-to-spot references to other movies, a lead actor's previous role, books, brands or phenomena.

For example, did you know that R2-D2 appears in Raiders of the Lost Ark or that a lot of the characters in Fight Club love a morning Starbucks?  Just browse through these photos and see how many you noticed the first time around!

1. Raiders of the Lost Ark 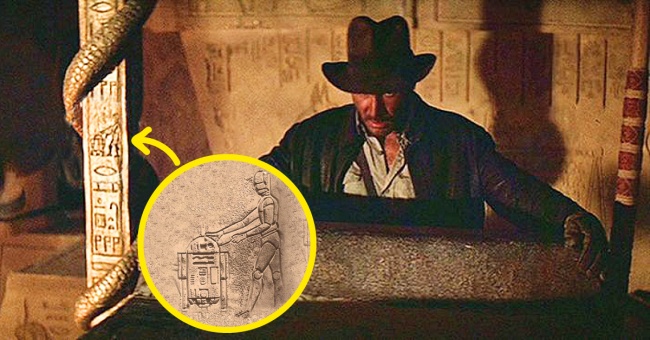 When Indiana Jones finds the pharaoh's tomb, you'll see him in a room covered with hieroglyphs.  One small carving shows R2-D2 and C-3PO from Star Wars, the movie that shot Harrison Ford to fame! 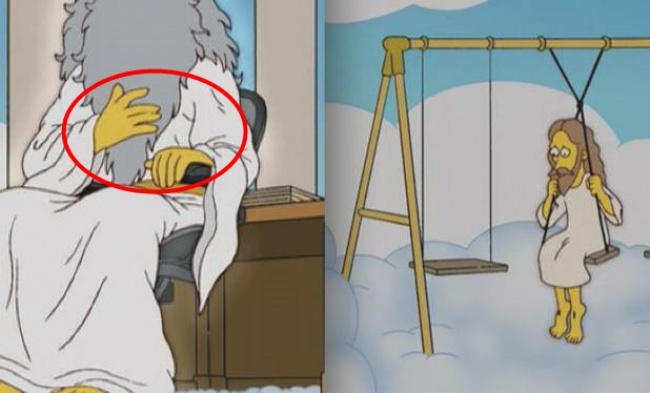 Ever noticed that God and Jesus always have 5 fingers, whilst the other characters only have 4? 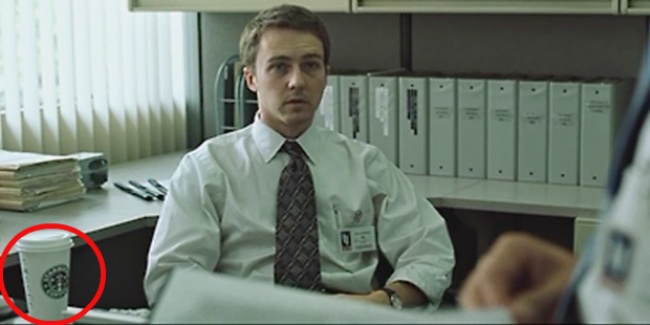 Starbucks is everywhere in this movie. Maybe the second rule of Fight Club is that you only drink this famous brand? 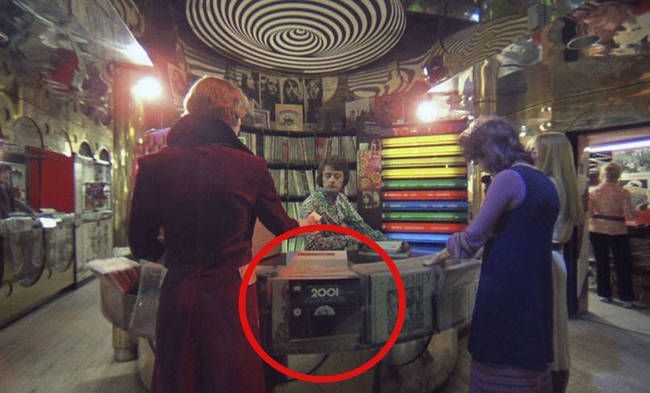 Stanley Kubrick clearly wanted to promote another one of his movies and placed the number '2001’, as in '2001: A Space Odyssey', on a shelf in the record store. 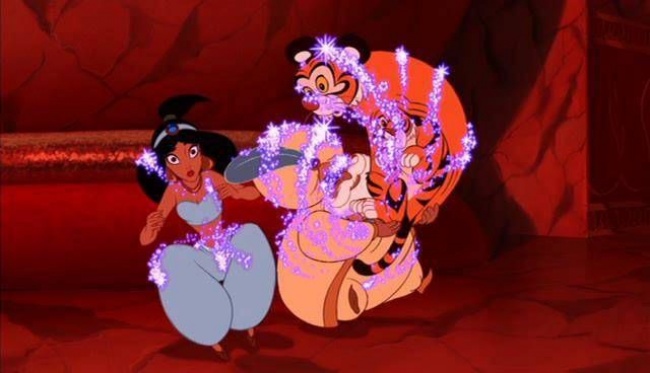 You've seen this movie a zillion times, but we bet you never spotted Rajah's 'Mickey Mouse' ears in the scene where he breaks Jafar's spell!

At the beginning of the series, Walt removes his pants when he and Jesse prepare their first batch of meth in the desert. He returns to the desert much later in the series and guess what?  His pants are still there - just look at the lower left hand corner of the screen! 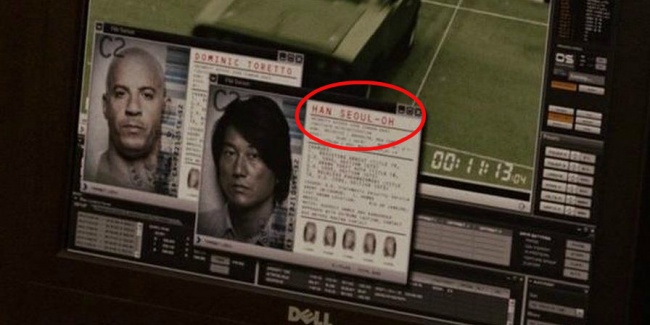 Here you can see that the pronunciation of Han's full name is remarkably similar to Star War's Hans Solo! 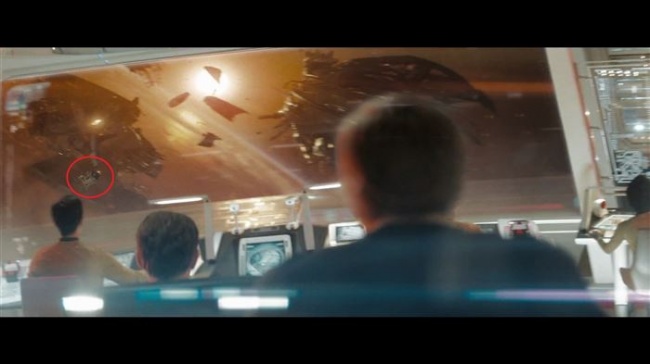 Directors love R2-D2 so much, they'll do anything to cast him in one of their films! Here he is taking on a small role in Star Trek!

Tron is a Disney movie, which may explain why Mickey Mouse's head forms the backdrop in this scene!

It's all in the detail! Look closely and you'll see that Bane’s scars look just like the mark of the League of Shadows. A subtle reference to the origins of this DC Comics' supervillain? 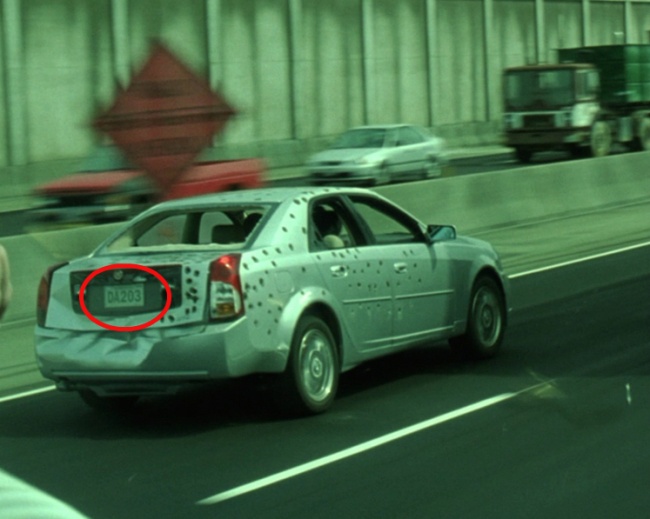 Next time you watch the Matrix trilogy, check out the license plates!  Most of them contain biblical references, including 'DA203' on Trinity’s and Morpheus’s cars.  This refers to Daniel 2:03: ’'I have had a dream that troubles me and I want to know what it means.’ 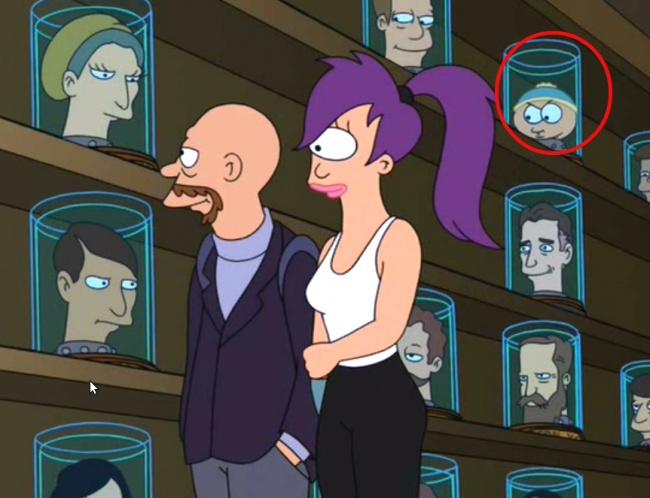 South Park's Eric Cartman made a cameo appearance in Futurama! His head is seen in one of the cannisters.

13. Pirates of the Caribbean: Curse of the Black Pearl

A lot of people claim that Jack Sparrow wore an Adidas scarf, but the jury's still out! However, did you ever really check out his gang?

We know it's a fantasy world, but we're really not sure what a cowboy hat and sunglasses-wearing surfer dude is doing in this scene...