Staged then and now photos bring memories flooding back and enforce bonds while also being fun to do. Plus they leave us with a new, everlasting memory!

Here are 15 then and now photos that reconstruct the past. 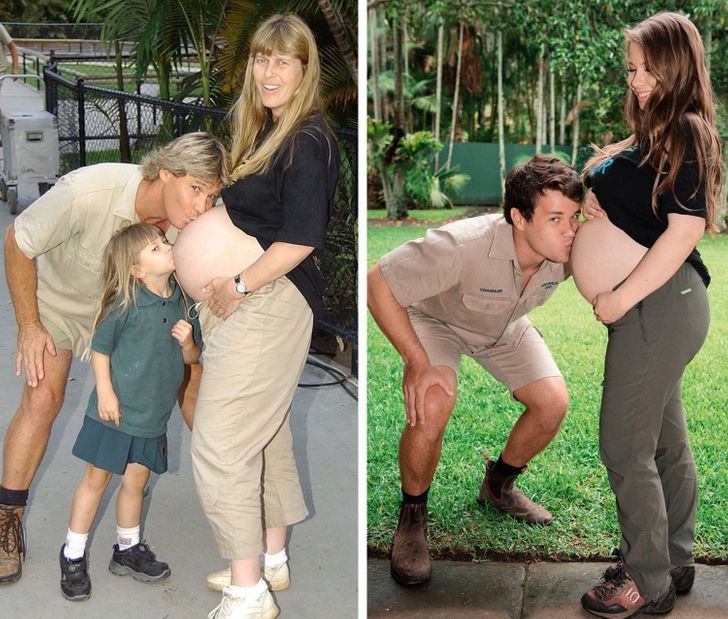 2. A family Christmas snap to remember 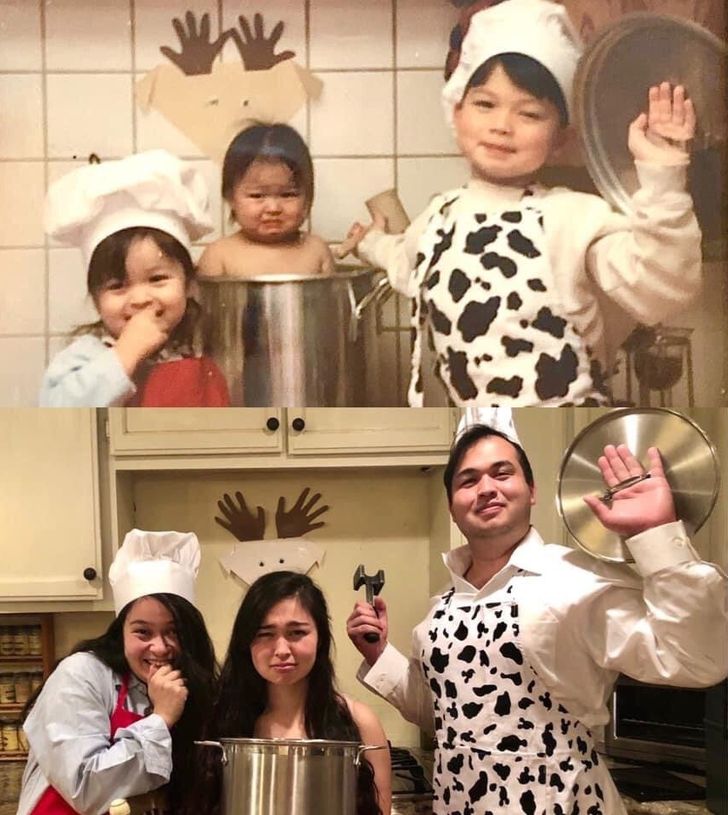 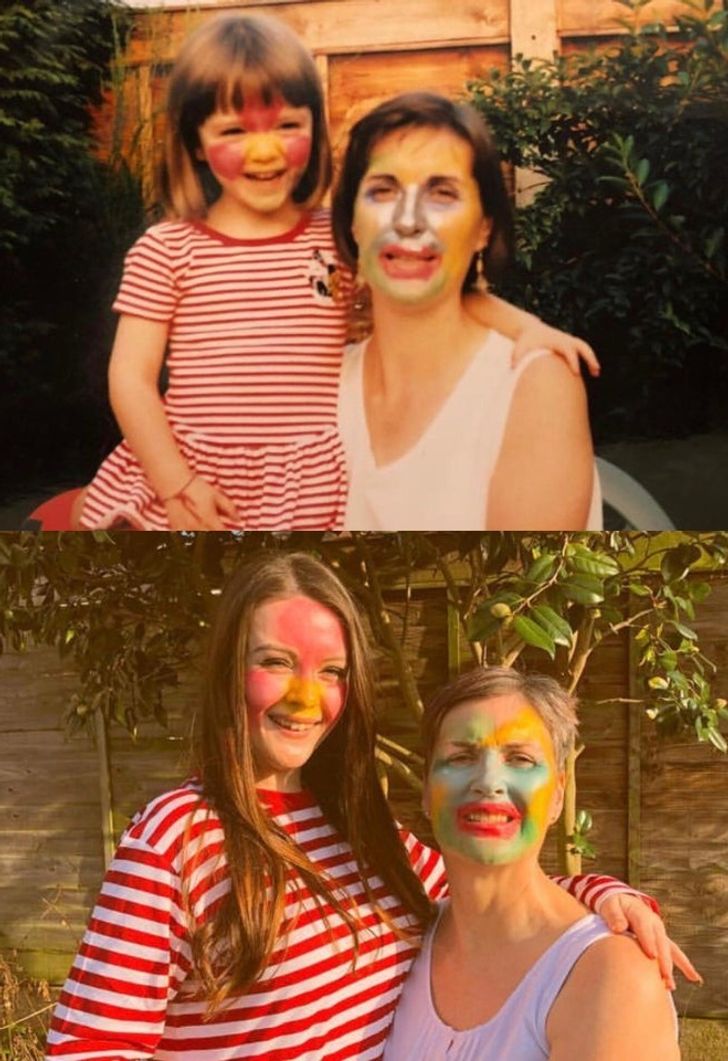 4. Horse riding's in her blood 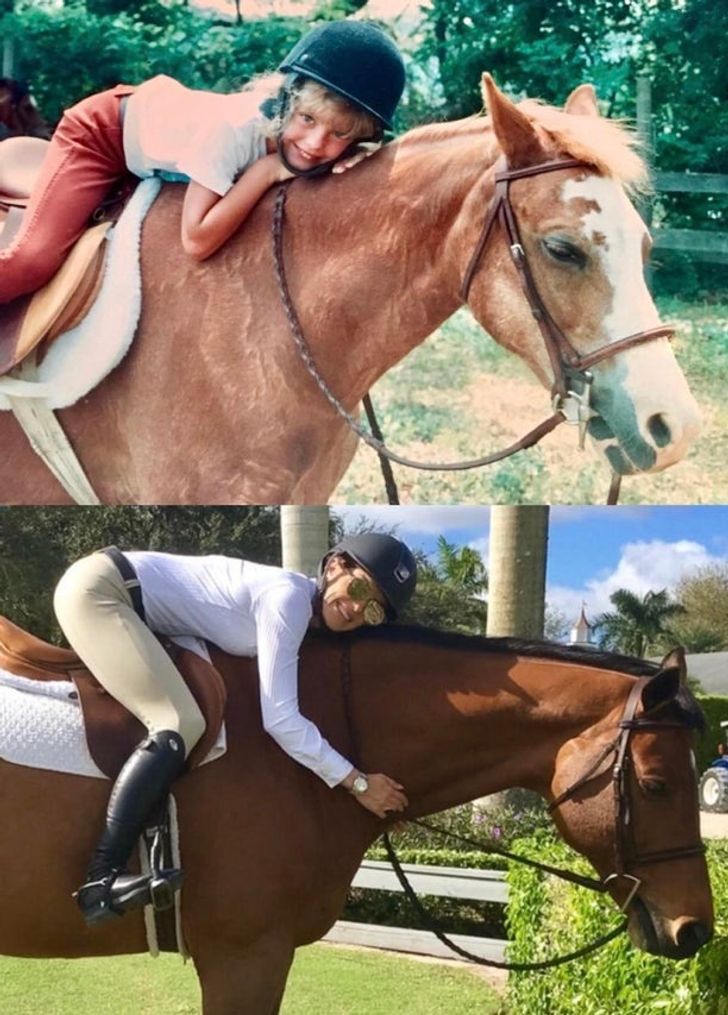 5. A present for their grandma 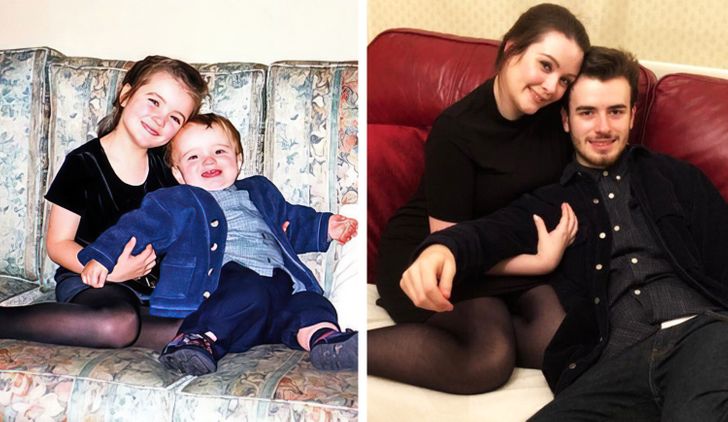 6. The joys of becoming a dad 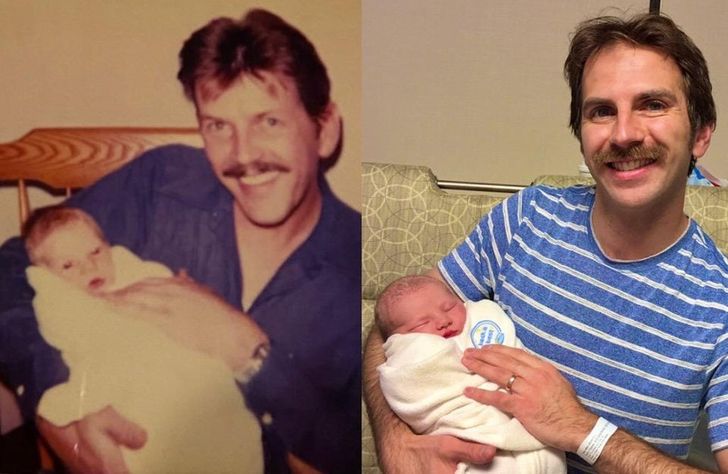 7. He used his sister's wedding to reproduce a photo 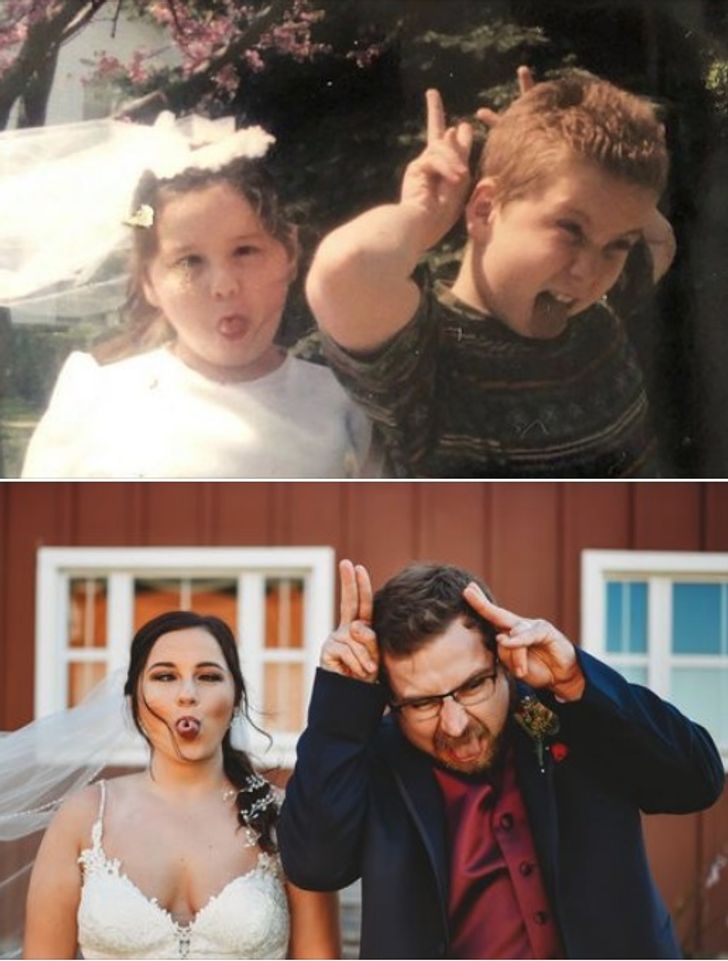 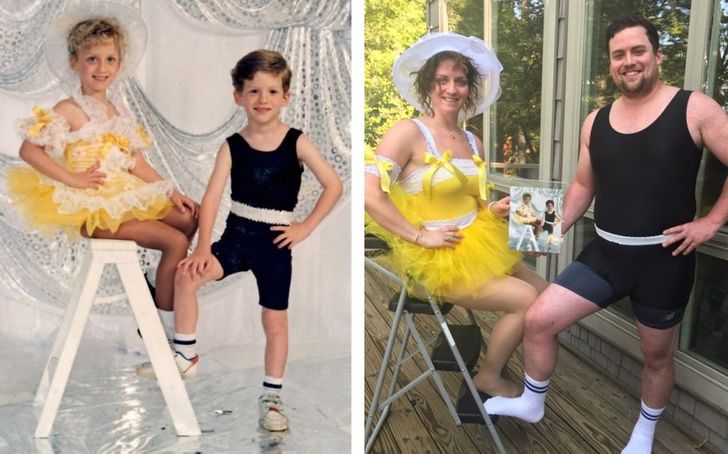 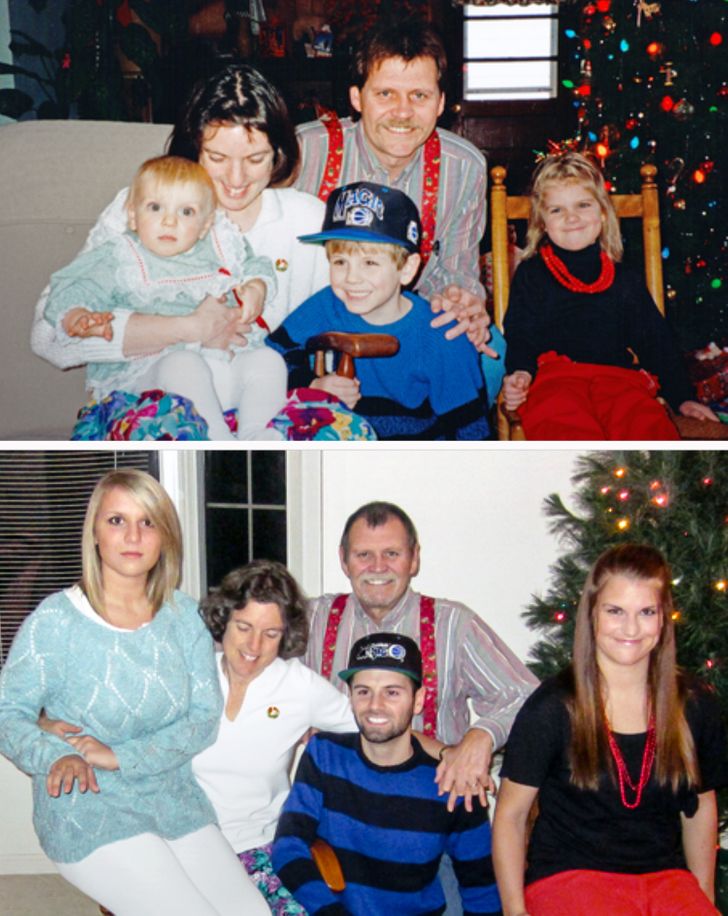 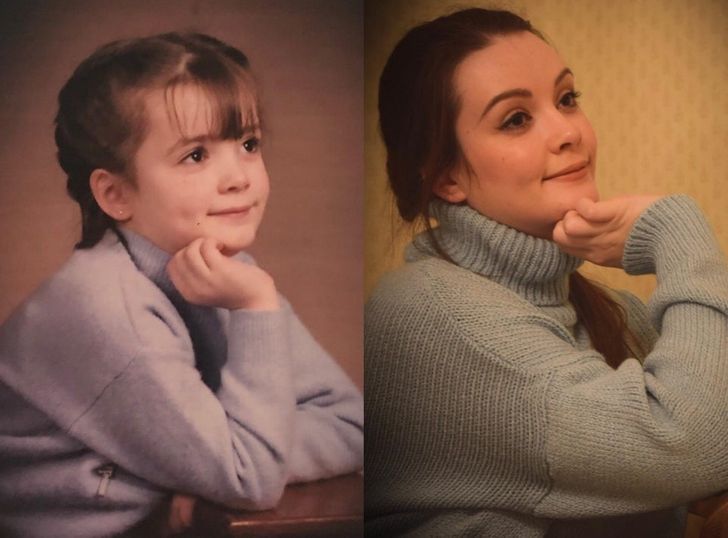 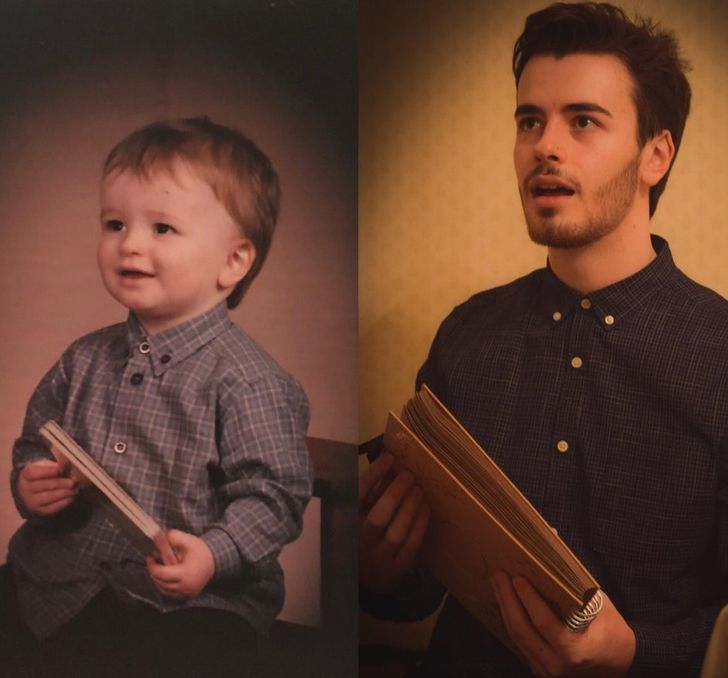 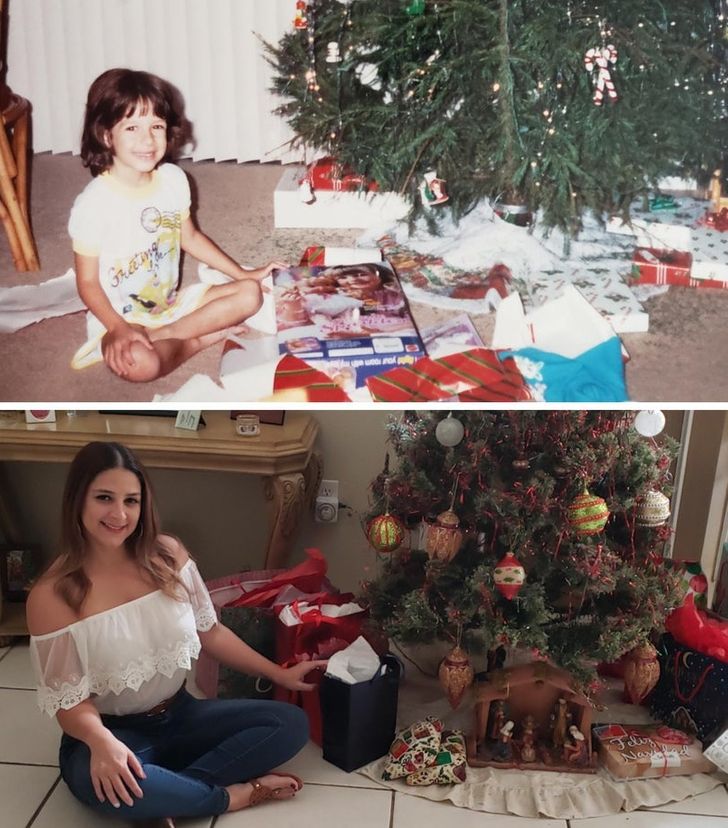 12. When cousins get together 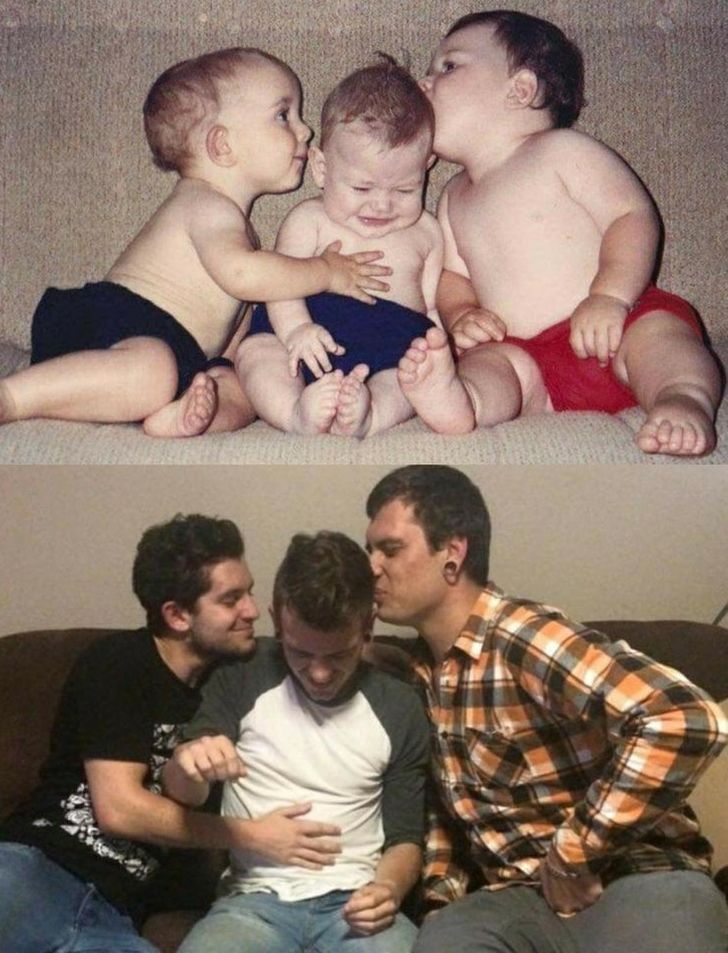 13. Including the newest member of the family 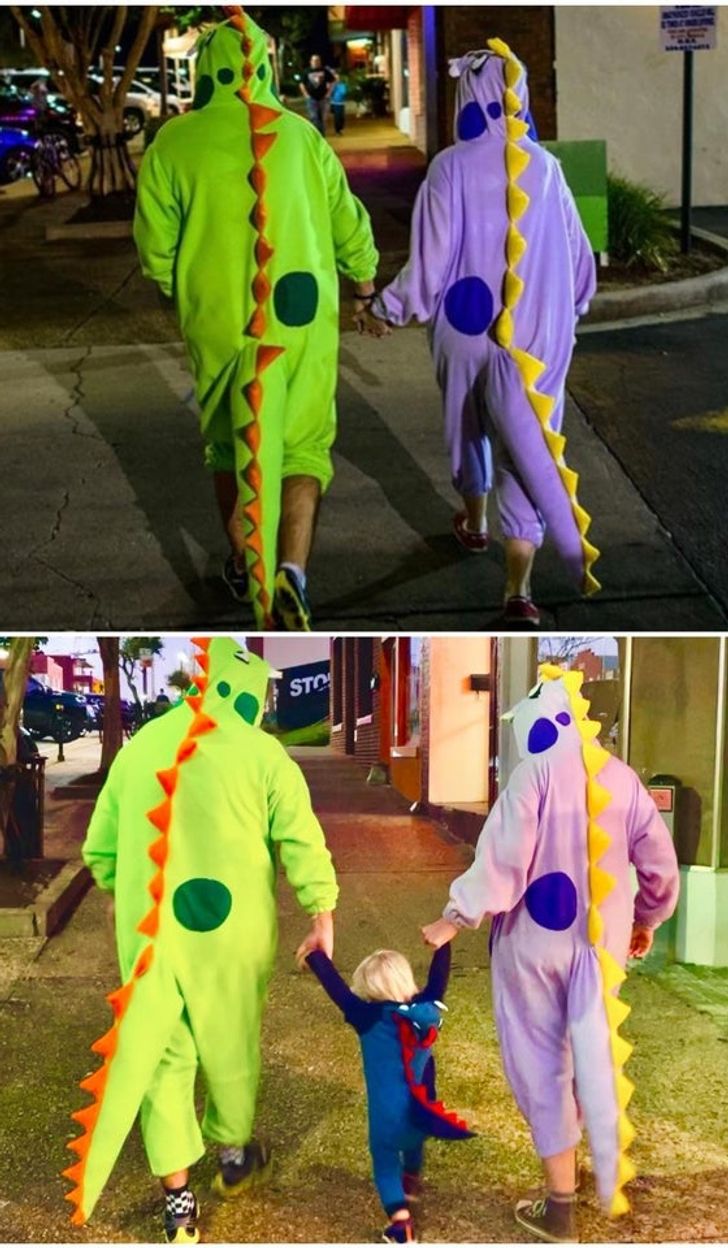 14. He reproduced a photo of his dad 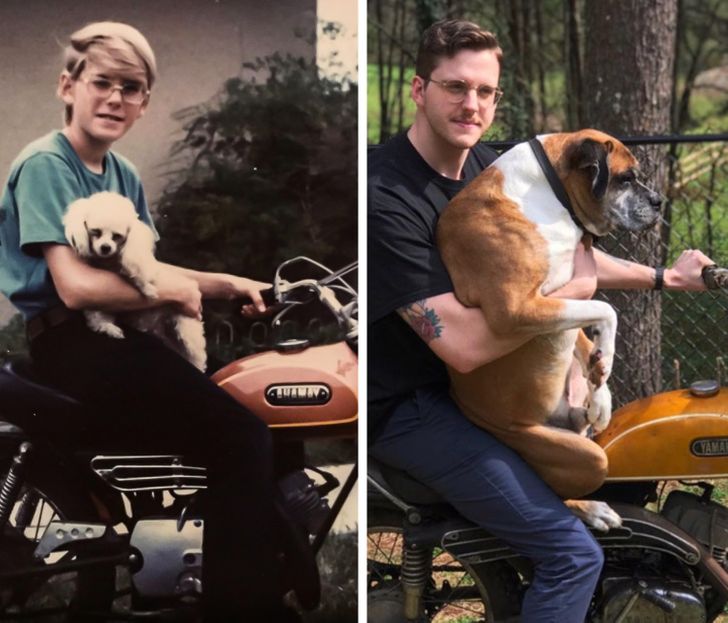 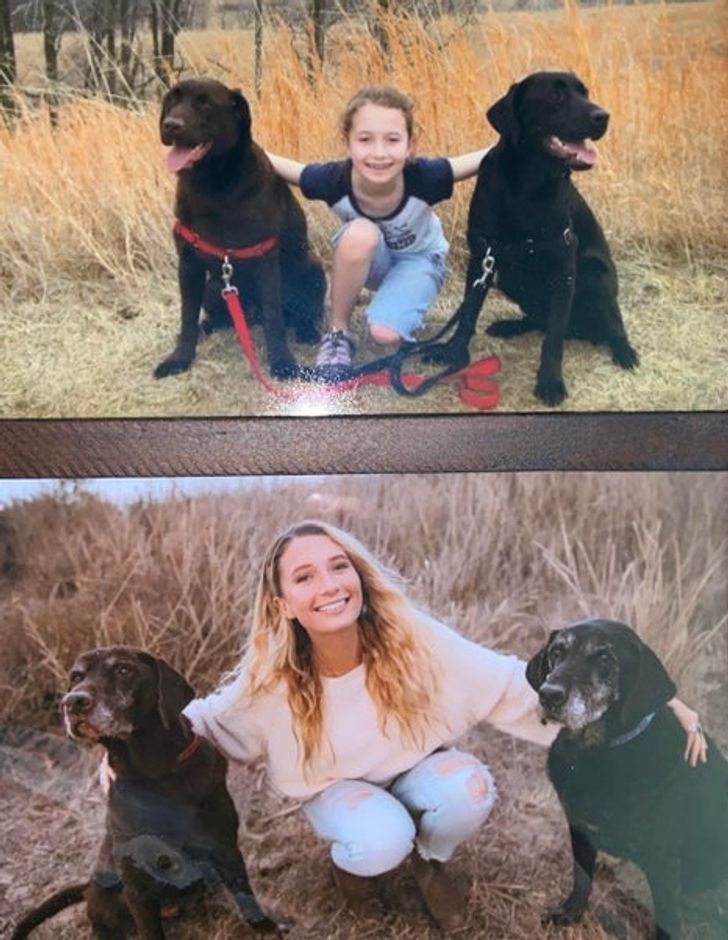