Society is governed by established rules and laws. Sometimes, they’re considered unfair or subject to challenges. And as everyone knows, laws are made to be broken. But you have to find a totally legal way to do it, because you don’t want to become an outlaw and end up behind bars. And the least we can say is that some people are clearly very creative!

Here are 17 ways people got around the law, while remaining legal!

1. In this school where uniforms are required, boys aren’t allowed to wear shorts despite the heat. No problem, they all came in skirts! 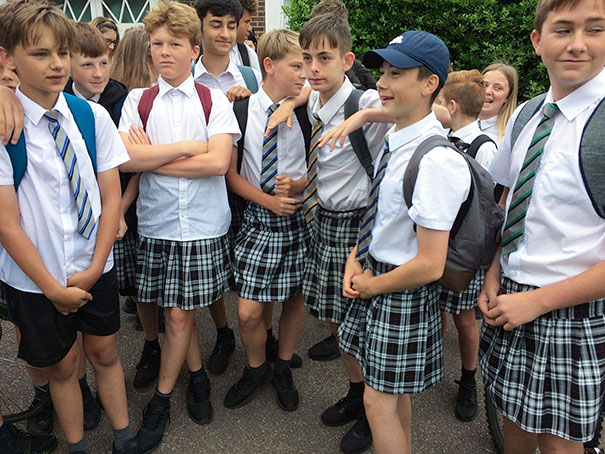 2. At this festival, selling drinks was prohibited, despite the sweltering heat. This vendor came up with a great way to offer water to the crowds anyway! 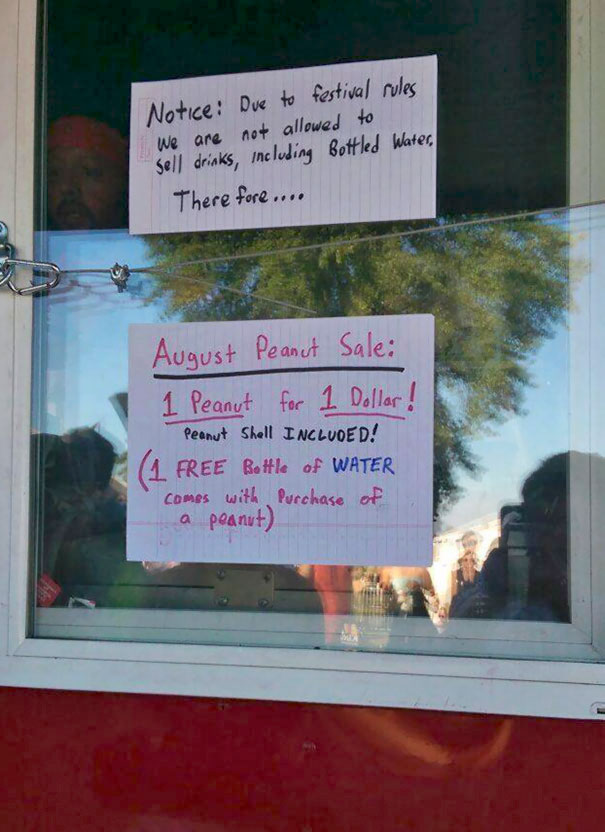 3. This college doesn’t allow the opposite sex in dorm rooms. Here's how to watch a movie when you’re in love anyway! 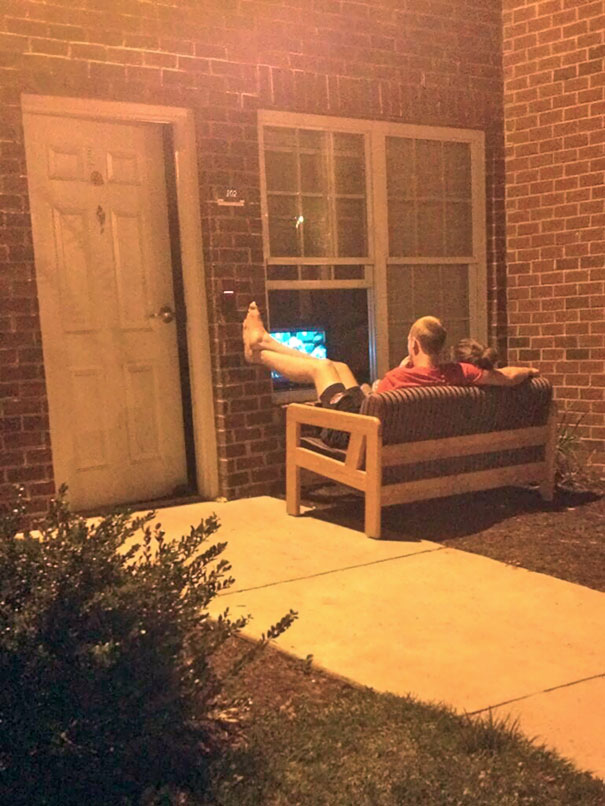 4. Women in Iran aren’t allowed to go to soccer games. These women disguised themselves as men to get into Azadi stadium to support their team in the championship in the Persian Gulf pro league. 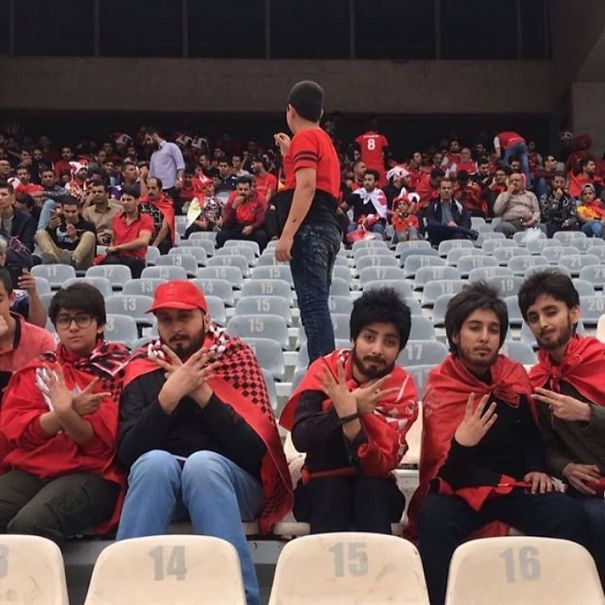 5. His landlord doesn’t let him paint the walls in his apartment... So he got creative with sticky notes! 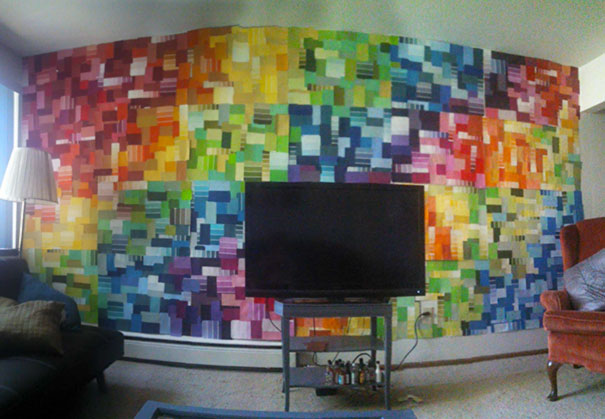 6. His mom forbids food in the living room and the tablet in the kitchen: her son beat the rules! 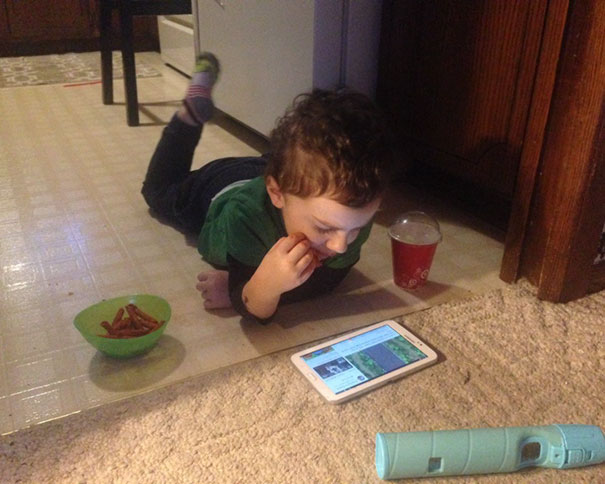 7. “You are to assume the role of a Chinese immigrant in 1870 and write a letter home describing your experiences...” 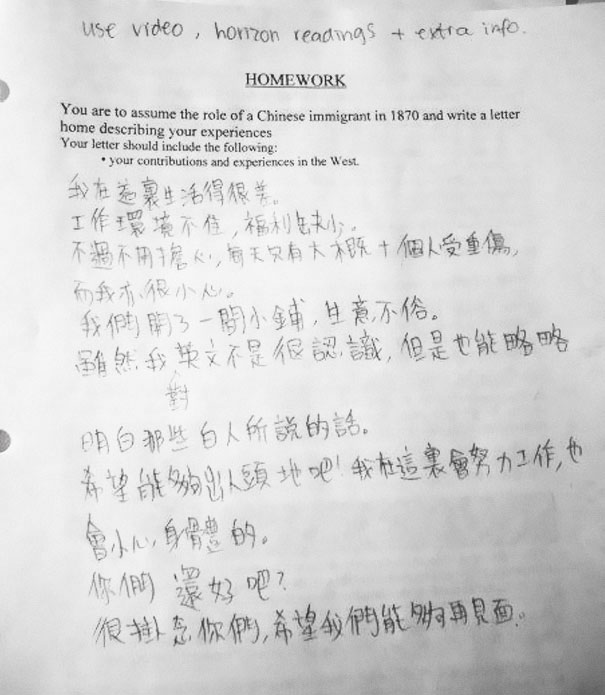 8. In the New York subway, dogs aren’t allowed unless they are carried. This is how one guy respects the rules… 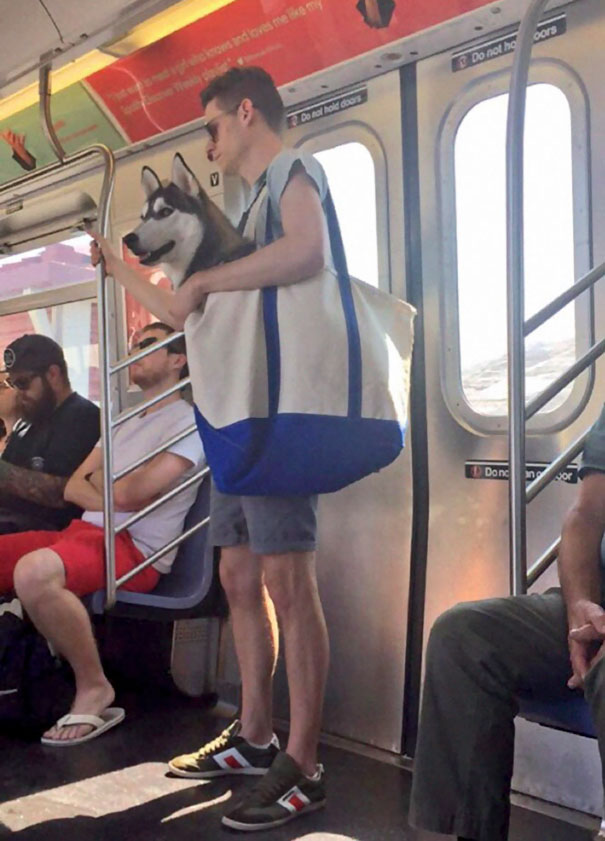 9. At this camp, kids have to write a letter to their parents after the first week… 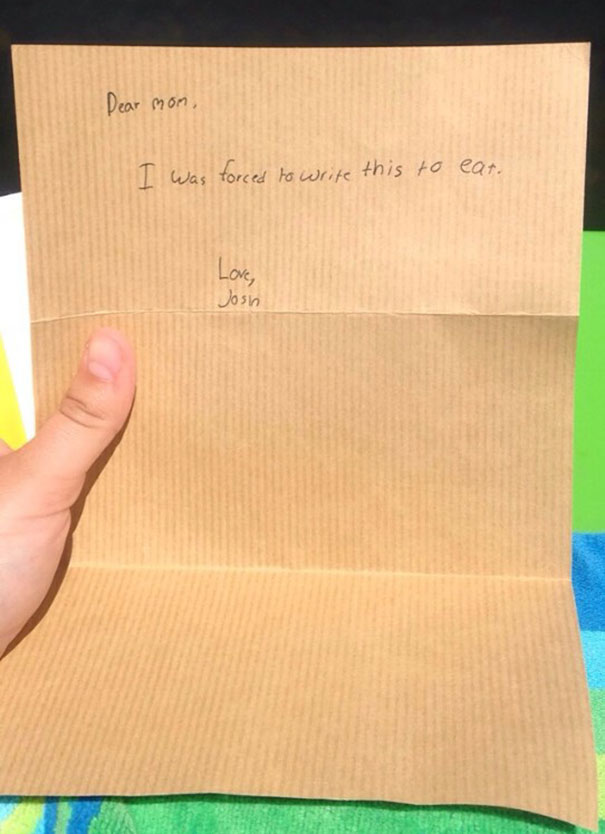 10. This school requires uniforms, but in winter they allow coats... 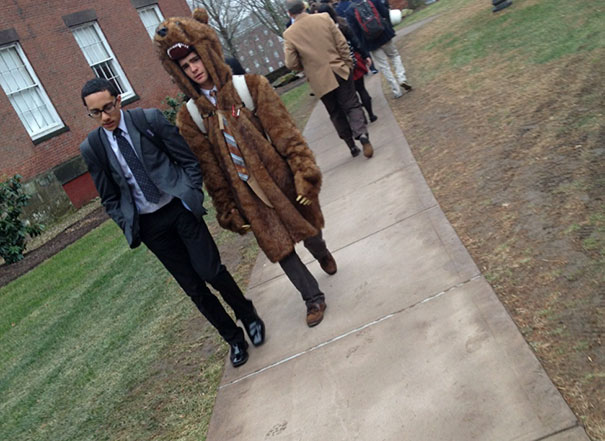 11. This man was banned from the stadium, so he rented a crane to watch his favorite team play! 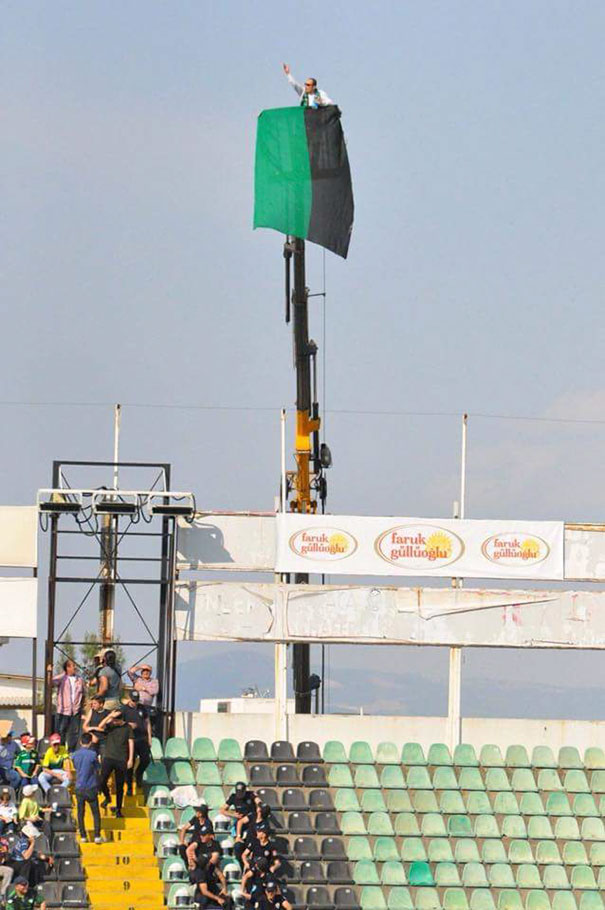 12. There’s a rule against Halloween pumpkins in this dormitory... But it doesn’t say anything about pineapples! 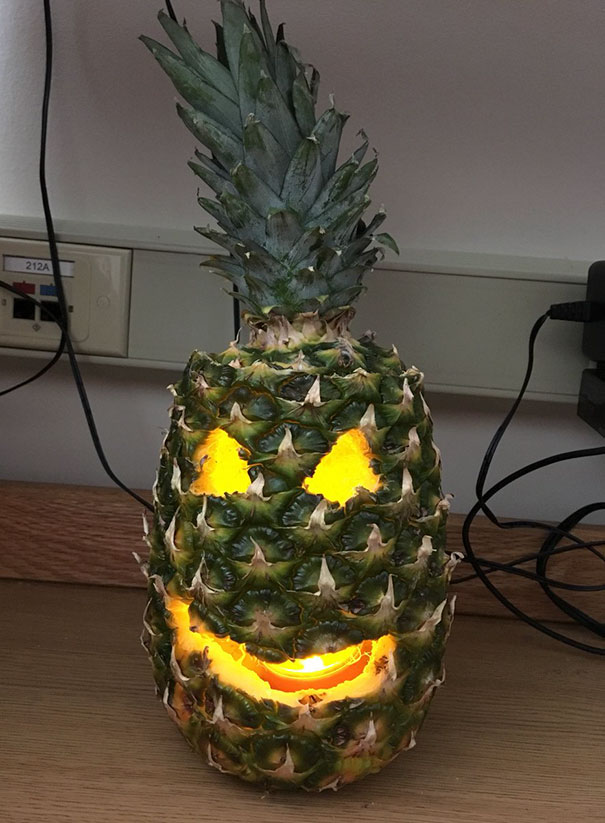 13. Only one page of formulas is allowed during the test: this student accepted the challenge! 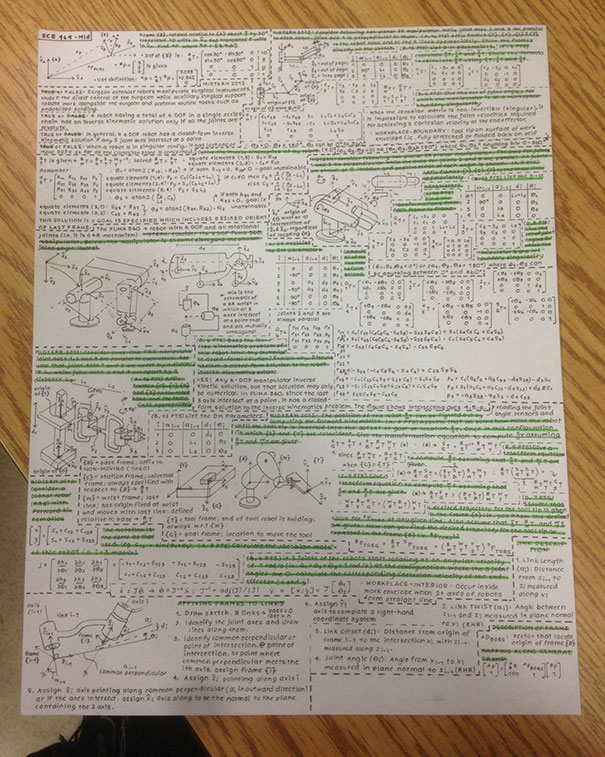 14. His wife won’t let the dog sleep in the bed. Her husband got the message! 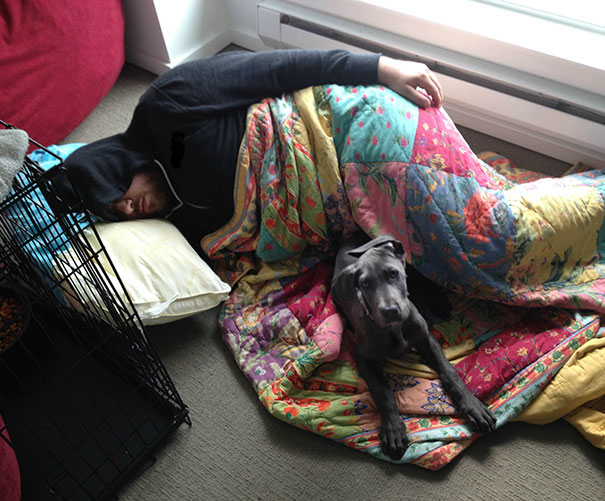 15. This teacher asked her students to pick a fictional character they like and make a cover letter and résumé for them. This guy is a genius!

16. This man had surgery on his nose, and he can’t wear his glasses because they would put pressure on it. Here's how he got around the problem! 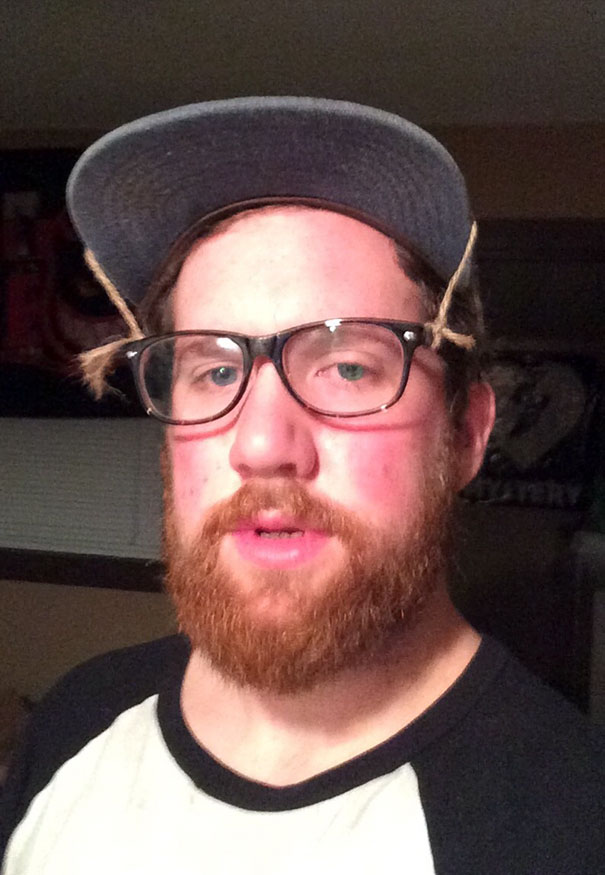 17. This girl’s mom told her that she was only allowed to eat rolls for dinner... No problem! 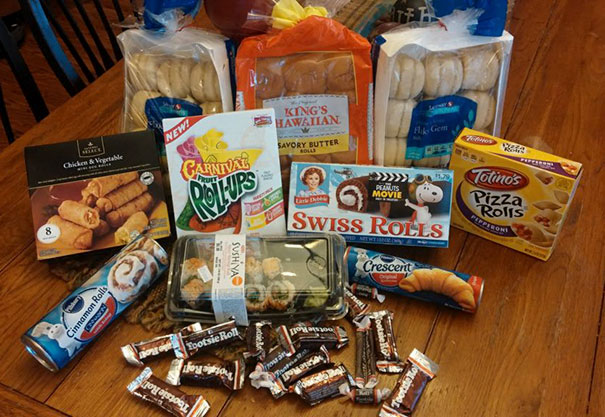