Movies present an imaginary world, but very little is left to chance once the cameras are ready to roll! A well-shot movie transports us to another realm, be it an idyllic, dreamy landscape or an action-packed car chase.  So, how do they manage to do it?  What glues us to the screen and how do directors make extremely complex scenes look so real? 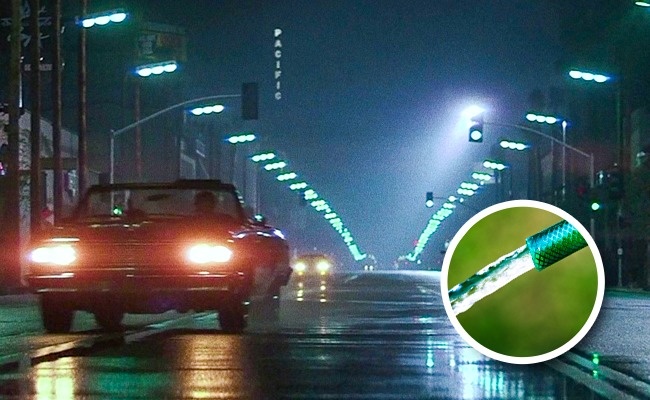 Ever noticed that roads in night scenes are usually wet? It's purely for aesthetic reasons - wet roads reflect light better and add contrast! 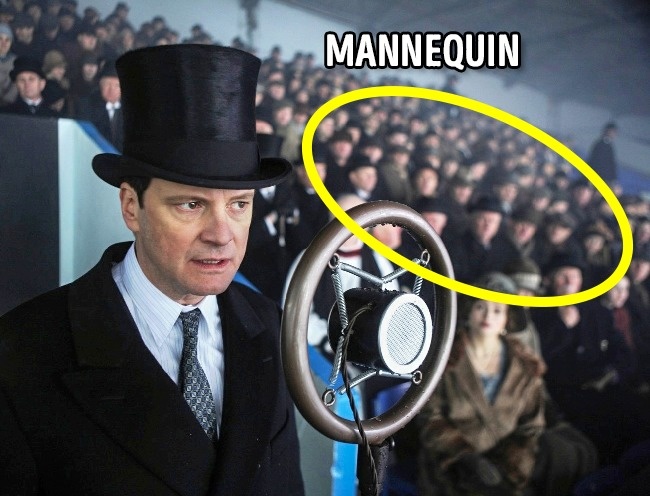 Even the biggest budget movies can't always afford thousands of extras, so directors have come up with a number of crowd-filling hacks.  First up is using CGI techniques: they take a photo of a small group of people from a particular angle and then use special software to replicate it.  Failing that, inflatable dolls can work a treat  - just check out the crowd scenes in The King's Speech. 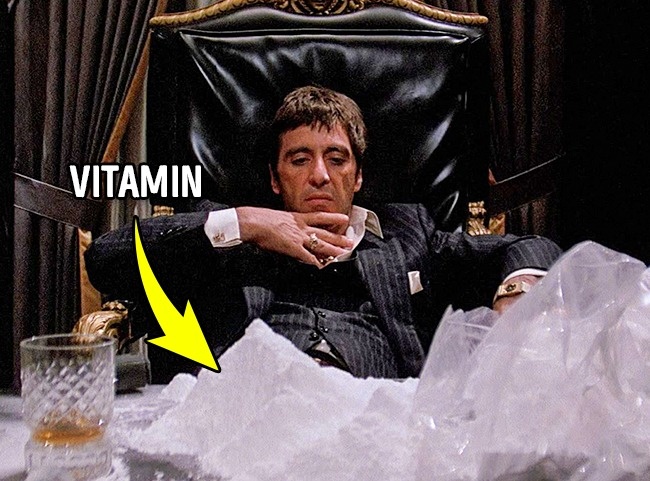 No, Al Pacino didn't snort a mountain of coke! It's true that during drug-taking scenes actors will 'powder their noses', but rest assured the ingredients are powdered milk, vitamins or icing sugar! 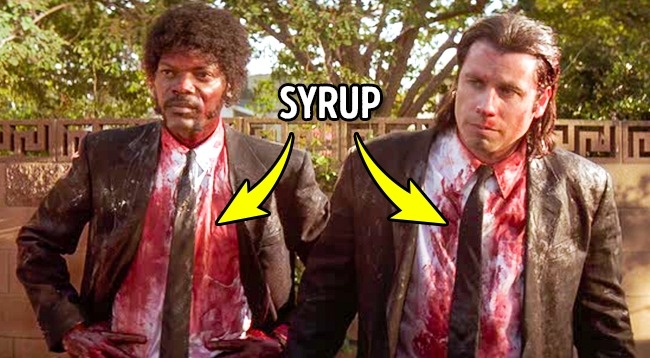 Lots of different ingredients are used for fake blood, but the main ingredient is corn syrup mixed with red food coloring. Back in the day of black and white films, chocolate sauce was used - maybe because actors could lick it off afterwards? 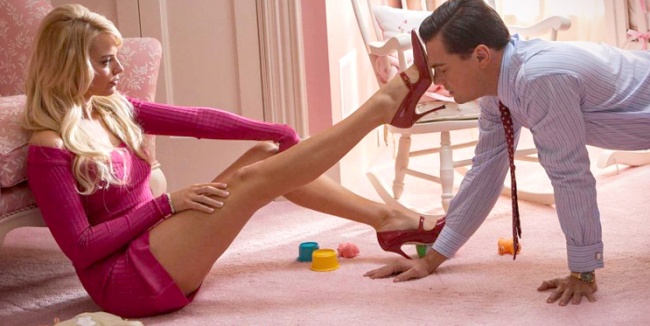 When things need to heat up, but directors don't want to embarrass their actors, they'll use a variety of modesty-preserving props or costumes. For example, they'll place a pillow between two actors when they get between the sheets and actresses will often wear discreet, nude-colored underwear. John Turturro even resorted to a yoga ball when Kate Winslet had to act out a sex scene! 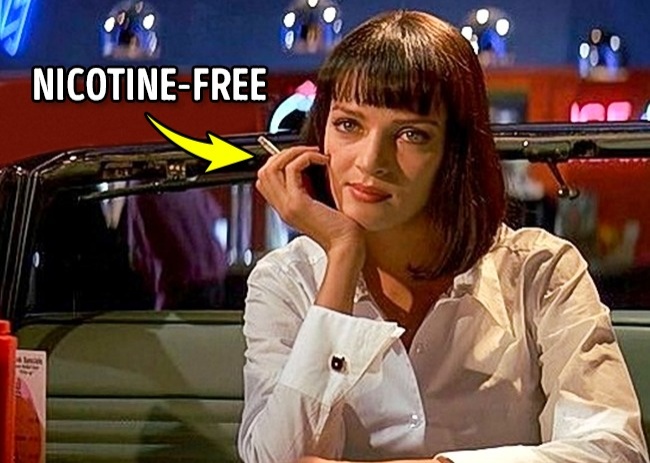 Some actors smoke like chimneys, but on set scenes use a healthier variety of cigarette. Actors puff away on herbal cigarettes that are nicotine-free so that they pose fewer health problems - an important consideration if a scene requires numerous takes! 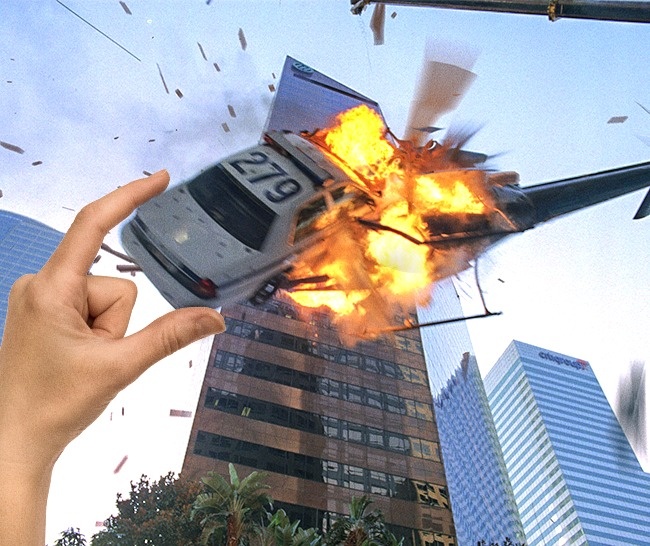 Movie budgets can be astronomical, particularly if they're science fiction or action-packed stories. So when faced with exploding helicopters (or aliens) directors can resort to GCI techniques or use models (cars, skyscrapers, planes...) rather than budget-busting full size objects. 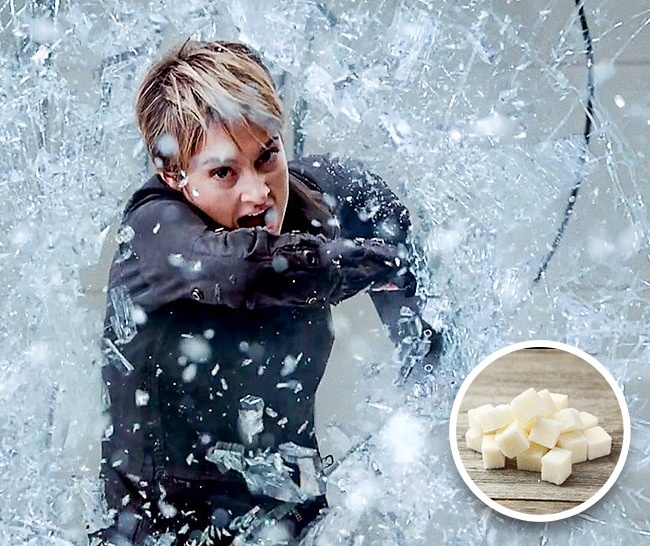 Breaking glass always looks real in movies, but trust us when we say no actor's safety is put at risk! Instead of using glass, directors traditionally used sugar, although in this modern day and age plastics are a common prop.  Personally, we prefer the tastier option... 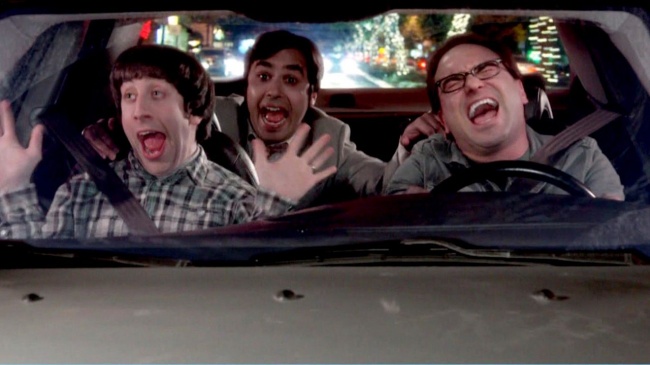 How many times do you see an actor turn towards and talk to his co-star when driving? OK, so we all know that they're not actually driving along a road, but how do directors create realistic scenery? It's easy - they put the car on a platform and use a process trailer. 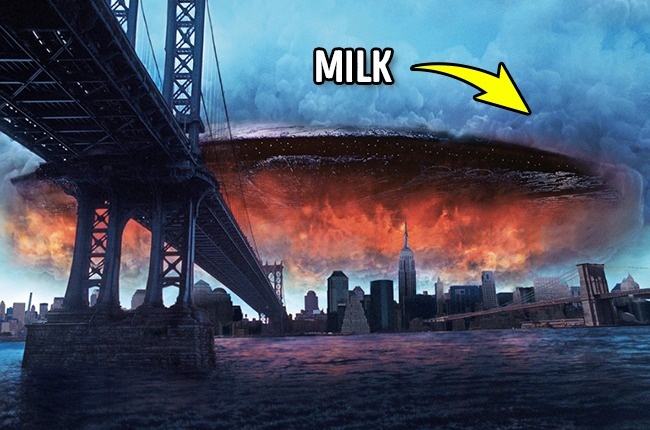 Stormy or fire-filled skies are created using a Cloud Tank. This patented machine injects paint or milk into a reservoir of water to generate the effect. As for invading UFO's, they simply plunge a Frisbee into milk!  They can then tidy up the effect by using CGI techniques and create a believable alien invasion! 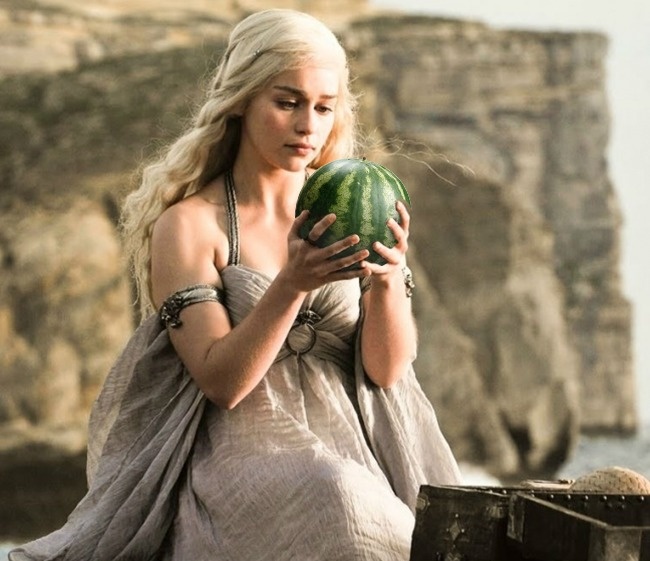 Sound engineers are creative geniuses when it comes to getting it right. Fireworks are used for gun fire, rifling through books makes the sound of bird wings and so forth.  But what about fights? Believe it or not, watermelons can be used to make the sound of a punch, a splitting head or even a hatching dragon...Daenerys Targaryen must have been so disappointed!