Some dogs require special care and maintenance when it comes to their coat. This is the case of the Shih Tzu, a dog that needs regular brushing and grooming. If not, their fur will get matted and the dog will suffer in numerous ways. This is what happened to Jack, a chrysanthemum dog living in Accrington in Lancashire (England), as reported by The Mirror.

His owner, who had adopted him 6 years earlier, was going through hard times and was unable to properly groom their four-legged friend. Someone aware of the situation was concerned for Jack 's well-being and contacted the local RSPCA. 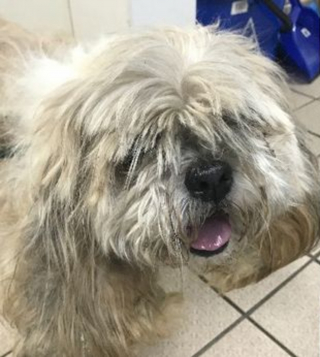 Emma Dingley, one of the charity's investigators, visited the owner's home and saw what a bad state the 9-year-old Shih Tzu was in.

His fur was so long and neglected that it covered his eyes, meaning he could no longer see. It also affected his ability to move. Something needed to be done ASAP. 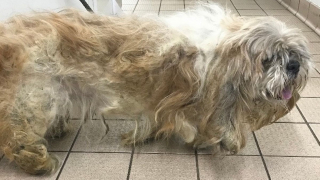 The dog's owner let Emma Dingley take the pooch to the RSPCA's veterinary clinic, the Greater Manchester Animal Hospital. There, staff spent two and a half hours cutting off excess fur, which weighed over 3 pounds.

“I didn't realize its coat was in such bad shape.”

The veterinarians could then examine the dog. Fortunately, Jack was in very good health. He was obviously happy and relieved to be relieved of such a burden. He was lighter, could move freely and see clearly. 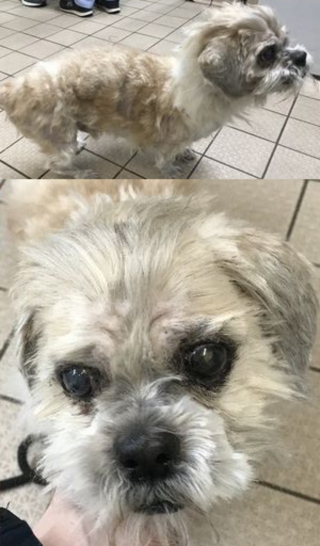 His grateful owner thanked the charity's entire team for their help. “I've been struggling recently and really didn't realize that his coat had gotten so bad that it was causing problems,” she said after the incredible makeover. She also thanked the RSPCA by making a donation. 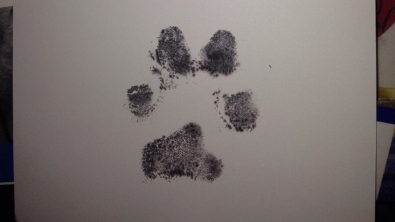