Good movies, like good books, linger in our thoughts long after the credits have rolled.  Some confirm our beliefs, others make us question life or take some time to digest. Many explore fascinating themes, without providing an answer, leaving us with a sense of intrigue. Directors often like to leave things hanging in the balance, so that we're obliged to think about or find the answers for ourselves.

Here are 14 thought-provoking movies that are worth watching a second time around. 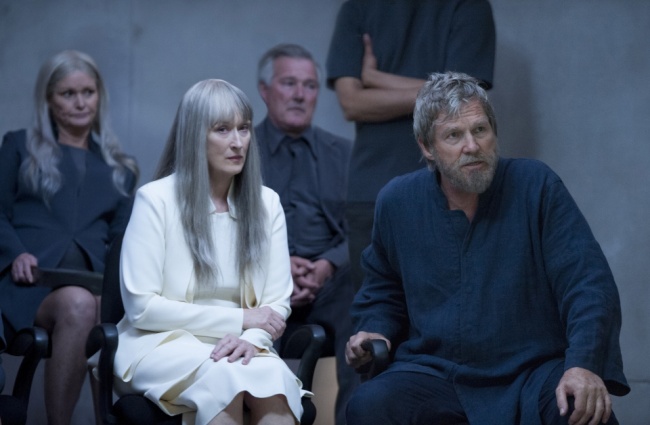 The Giver is a social science fiction movie about memories. It's set in a futuristic society where memories and feelings are outlawed in order to prevent wars and suffering.  A young man called Jonas is elected to be the 'Receiver of Memories' - the only person who's allowed to store all memories from the past. His mentor (The Giver) progressively gives him these memories, so that Jonas can advise the Elders in order to avoid mistakes from the past. As Jonas begins to learn about human emotions, he realizes that all members of society should be able to enjoy the highs and lows of life and he escapes in order to liberate his fellow citizens. The end of the movie makes us wonder if it's wise to know the truth, even if this could cause conflicts or if we would truly be happier if we didn't retain sad memories. Other themes in this movie include the question of euthanasia as well as equal rights between men and women.  A movie guaranteed to work our little gray cells... 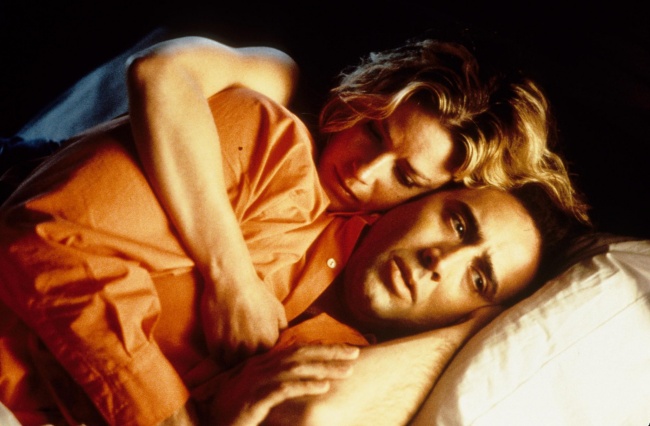 Nicolas Cage plays a man (Ben Sanderson) whose alcoholism causes him to lose everything: his wife, children, home, friends, job... He decides to end his days by drinking himself to death in Las Vegas.  It's there that he meets a hardened and depressed prostitute who accompanies him during his final days.  The movie is about people who are beyond the hope of recovery, yet cling to each other in an act of desperation. The characters' paths cross when Sanderson has decided to give up on life, whilst Sera (played by Elisabeth Shue) has resigned herself to her existence. Sanderson makes no attempt to turn his life around or face his demons and Sera, who by this time is in love with him, accepts him as he is and doesn't try to stop his 'suicide mission'. The movie leaves us wondering if she does this out of true love, from lack of real interest or simply because, she too has finally lost all hope.

A group of friends are enjoying a dinner party when a comet passes close to the Earth and disrupts their evening. This astronomical event provides more than just a distraction, as the characters are suddenly plunged into a world of intertwined realities that are linked by a 'dark zone'.  The movie follows 'Emily' as the protagonists move between these realities, unaware at first of what's really happening to them. The movie picks up pace when Emily enters a reality only to confront her other self. The way this movie deals with these realities is fascinating and the characters' willingness to leave one reality for another one that's more appealing, makes us wonder about the cause and effect of living in parallel universes. 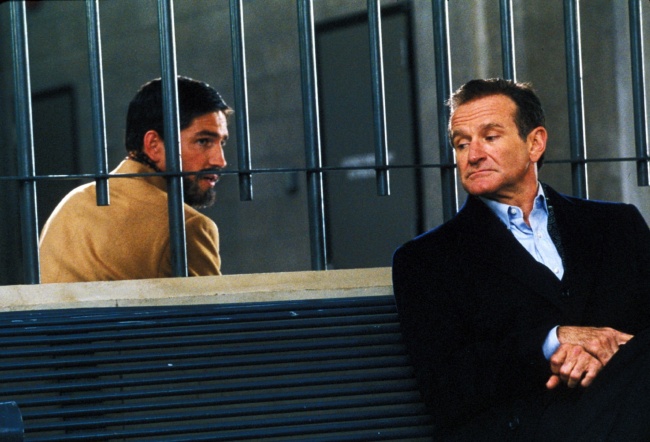 This Sci-Fi movie focuses on memory manipulation in a world where microchips are implanted into humans' brains in order to record every last detail of their lives. When someone dies, 'cutters' are employed to sift through these memories in order to produce a movie that's played at each funeral.  Robin Williams is one such 'editor', tasked with producing the post-mortem movie for a dubious, recently deceased man. Hackman (Williams) comes across memories that prod him into further investigating past events. This movie makes us think about how we store images and which memories remain implanted in our psyche. We're also left wondering if the presence of a microchip in our heads would cause us to behave differently. 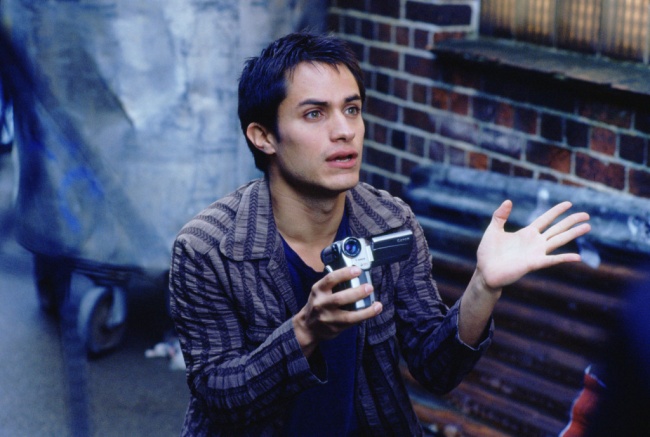 This movie begins with a basic love triangle between Carmen, her fiancé and a Brazilian who she meets and kisses during her hen night. Things, however, take a turn for the worse, opening the door to numerous questions - the movie stays true to its title as the viewer is also left trying to 'dot the i's'. 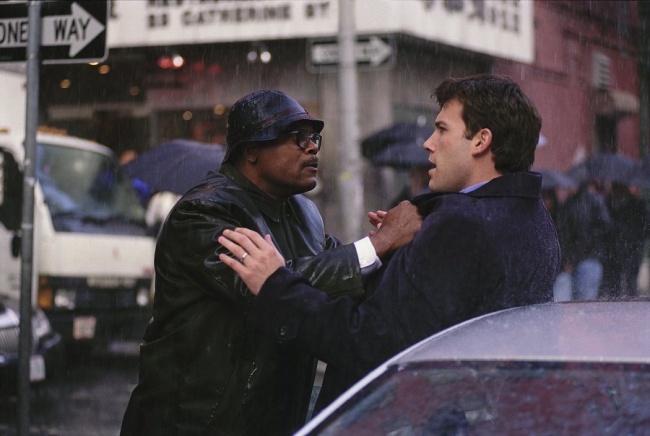 Gavin (Ben Affleck) plays a lawyer involved in a car crash with Doyle (Samuel Jackson), a recovering alcoholic who's on his way to his child custody hearing. Doyle picks up an important file that Gavin accidentally dropped at the scene and realizes that he now has the power to destroy the man who caused him to be too late for the hearing, resulting in a loss of custody. The movie shows just how far people will go to seek revenge. It also makes us think about what we would do in order to keep and protect our close ones.

7. The Limits of Control 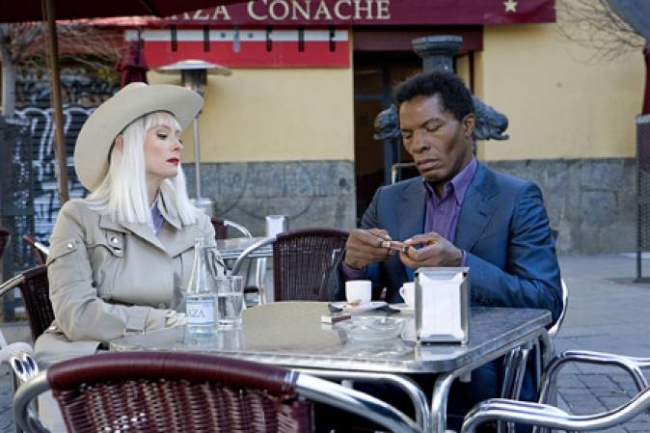 A professional assassin is carrying out a job in Spain. He's a mysterious character and it's hard to understand where he's coming from.  The movie is a mish-mash of almost incomprehensible scenes; it's hard to decide if this is a piece of master movie-making or a discombobulated mess and the movie ends without giving us answers to our questions. 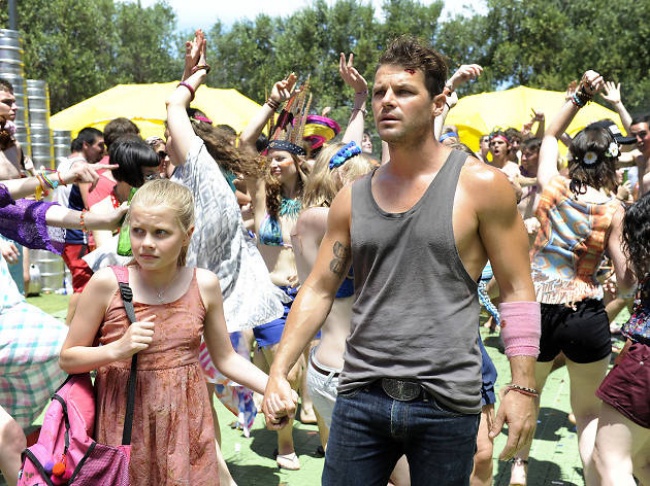 The end of the world is nigh and whilst chaos erupts, James decides to head off and enjoy a 'party of all parties'.  Whilst he's en route, he saves a young girl from rape and his life suddenly changes direction. He begins to reflect on the responsibilities that come with parenthood and the viewer's left thinking about how they would spend their final hours on Earth if an impending apocalypse was announced.... 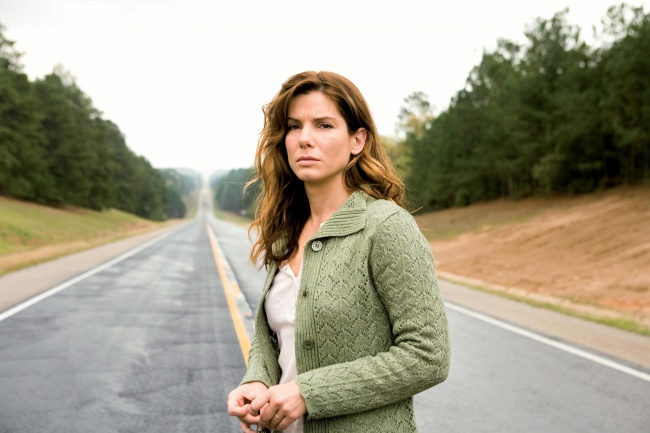 What would you do if you had a premonition that your partner was going to die in the near future? This is Linda's dilemma after she learns her husband has been killed in a car crash, only to wake up the next morning to find him alive and well. The day after that she wakes up to find he's still dead, at which point the movie begins to erratically veer between madness, nightmares, reality and premonitions. 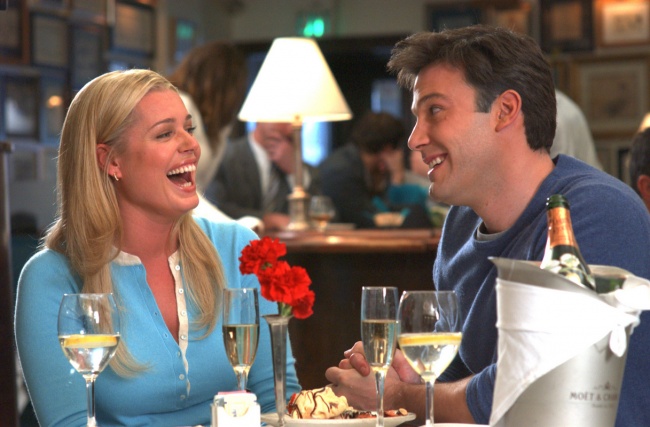 Hollywood agent, Jack Giamoro (Affleck) has it all, but still feels empty. He decides to sign up for a journal writing course, unaware, meanwhile, that his wife has embarked on an affair with his biggest client.  Matters get worse when he not only learns about his wife's infidelity, but also discovers that his journal (filled with intimate details of his clients' lives) has been stolen.  Giamoro then tries to save both his marriage and his reputation - a simple enough plot that's livened up by some twists and turns, with some characters reacting in a surprising and thought-provoking manner. 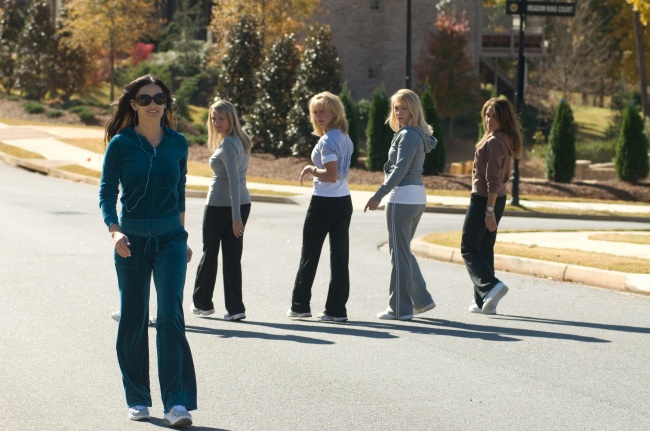 We all know a 'Jones family': suburban house, respectable neighborhood, nice car, latest fashions and luxury golf club memberships... At a first glance the Joneses seem like the perfect family, but looks can be deceiving.  As the neighbors try to 'keep up with the Joneses', they're unprepared for the truth.  This comedy has a deeper meaning - it makes us look at our need for material comfort and tendency to fill any emotional voids with possessions. It's also a reflection on industry and how we are sold ideas as well as products, perhaps to the detriment of society as a whole. 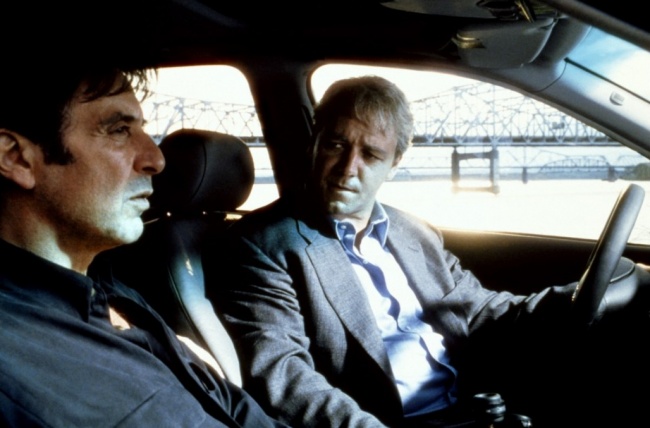 This thriller's based on a true story and follows the tale of a TV producer who seeks insider information from a former tobacco industry executive. The movie deals with the role played by powerful multi-nationals, their responsibilities and how the media fits in to all of this.  On the one hand the media is expected to expose the truth and protect society. On the other hand, these media outlets are usually financed by commercials and advertisements for the very same companies that they want to expose. It also opens our eyes to the dangers faced by whistleblowers - people who aim to do good, but who in turn can find themselves in a whole lot of trouble! 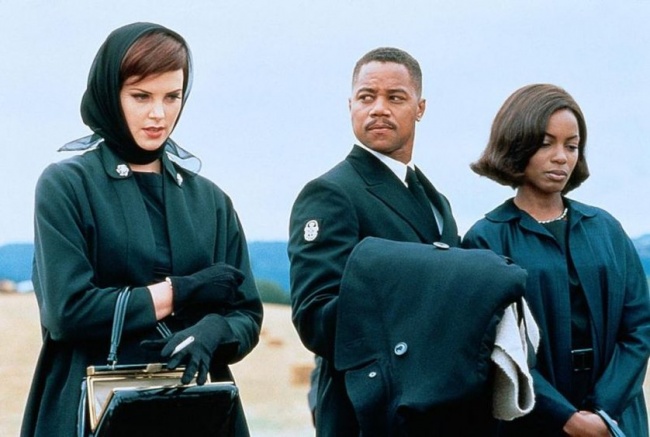 Based on a true story, Carl Brashear was the first African American diver in the United States Navy - no mean feat considering all the obstacles that were placed in his way. The movie follows his struggles to achieve this dream and, later on, get back to work after he's injured whilst on a mission. It's a soul-searching reflection on tolerance and compassion alongside the institutional racism that still exists in organizations as big and as important as the armed forces. On a downside, the plot never explains why Master Chief Sunday, Brashear's nemesis, is so bent on destroying his career - something that could have added further meaning to the movie 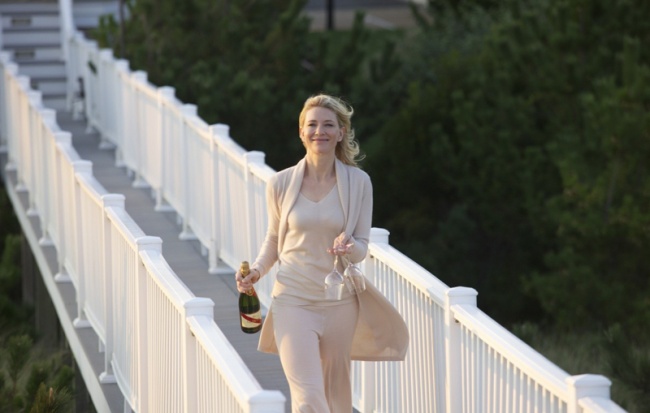 Woody Allen presents a story about a rich New York socialite (Jasmine) who falls on hard times and seeks refuge at her impoverished sister's apartment in San Francisco. There follows a culture clash between humble Ginger, high society Jasmine and their respective entourages.  As the movie progresses, we learn that Jasmine suffered a nervous breakdown and a series of flashbacks explain how and why she ends up at her sister's place. In typical Wood Allen style, the movie has a mysterious twist that's revealed at the end and which makes this movie one to see a second time around. Apart from witnessing Jasmine's various meltdowns, this movie delves into the fear and panic that we can all feel, despite our outer veneer. It also leaves us with unanswered questions: why does the Russian diplomat believe all of Jasmine's tales?  Why does Ginger let her unbearably snobbish sister stay for so long?  And, finally, why does Jasmine cling to her small-minded, narcissist tendencies, rather than going out to learn more about San Francisco's incredibly diverse and multi-cultural society?