Everyone loves gifts. Some people have found ways to make them even more of a surprise by wrapping gifts to look like something else – like in the photos below.

A gift wrapped in a perfectly square or rectangular shape doesn’t give anything away about what’s inside. It’s obviously something that will have to be opened to reveal what’s inside. But if you get a gift that’s wrapped to perfectly match the shape of what it is, there’s no surprises. Unless you go the extra mile and make it even more of a surprise!

Here are 15 photos of wrapped gifts that have that little extra something.

1. When you aren’t a handyman, chocolate is obviously the gift you need. 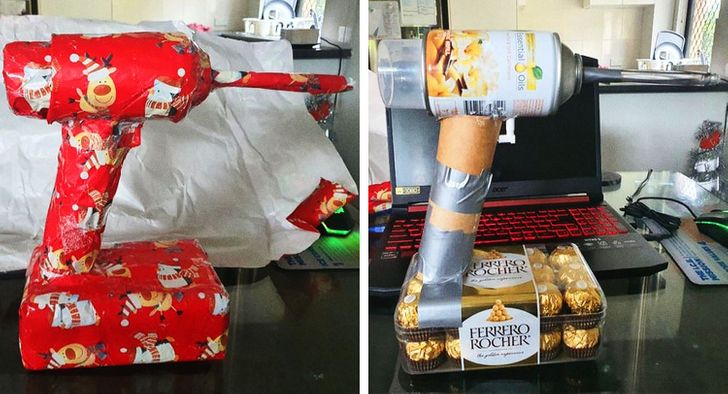 2. This grandma decorates her own wrapping paper. 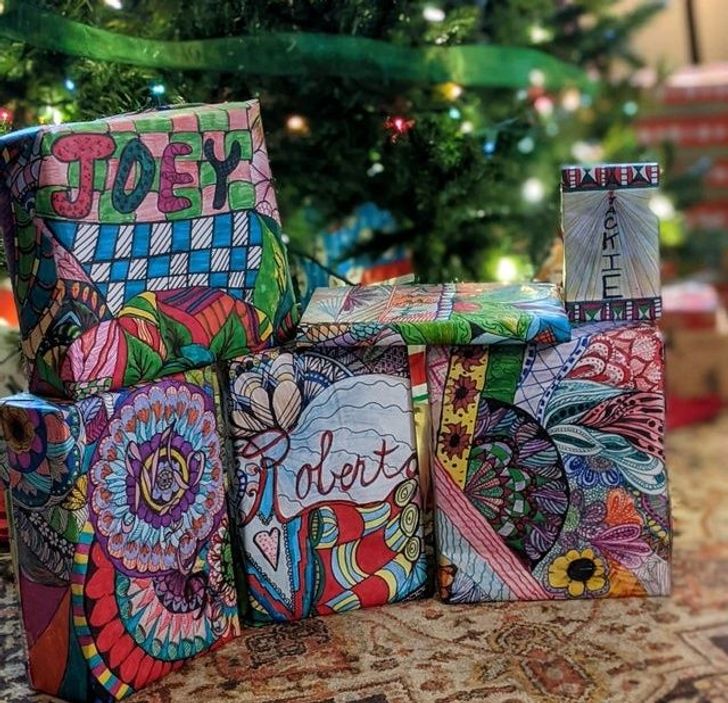 3. His sister is actually getting a pretty necklace… 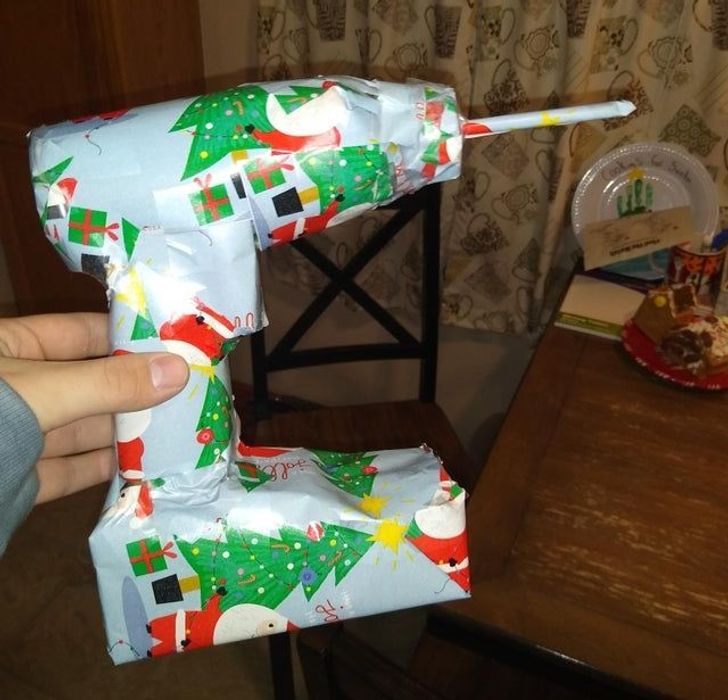 4. This guy decided to be creative with his wrapping – using different countries’ flags! 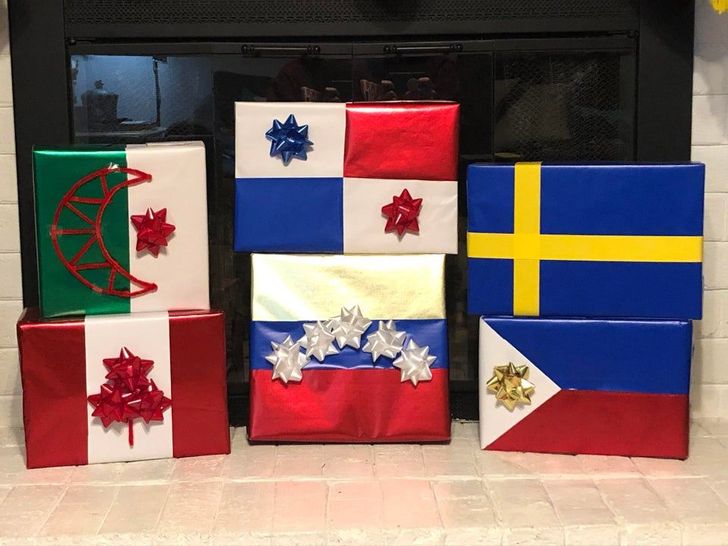 5. If there really is a dog inside, we hope it lasts until Christmas. 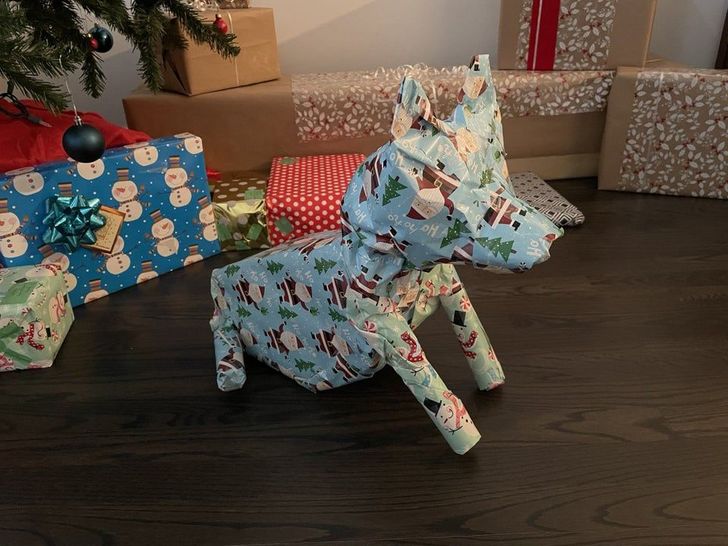 6. A tool set for his handyman brother 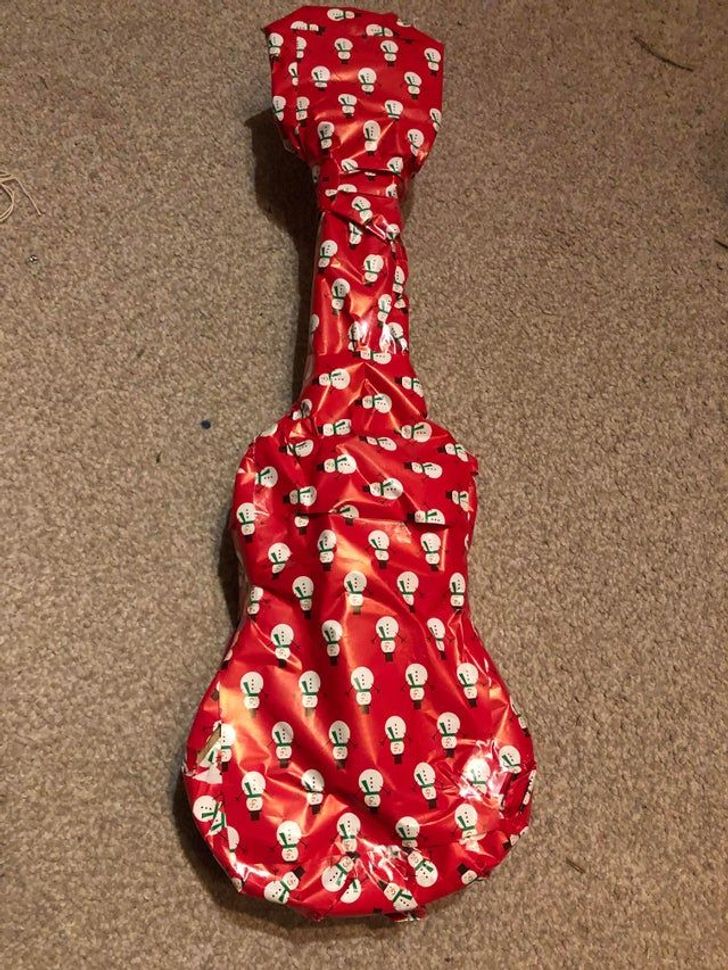 7. These brothers compete every year for the most difficult gift to unwrap. 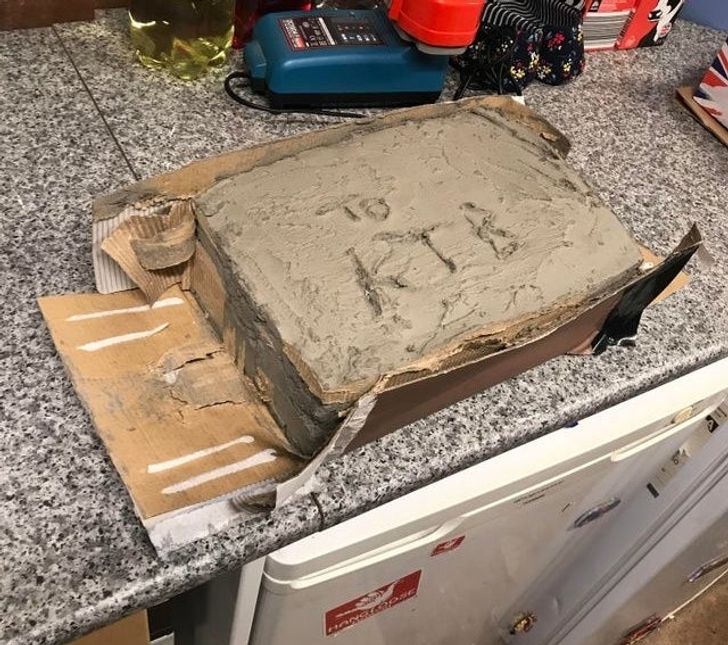 8. These old maps had a great new use! 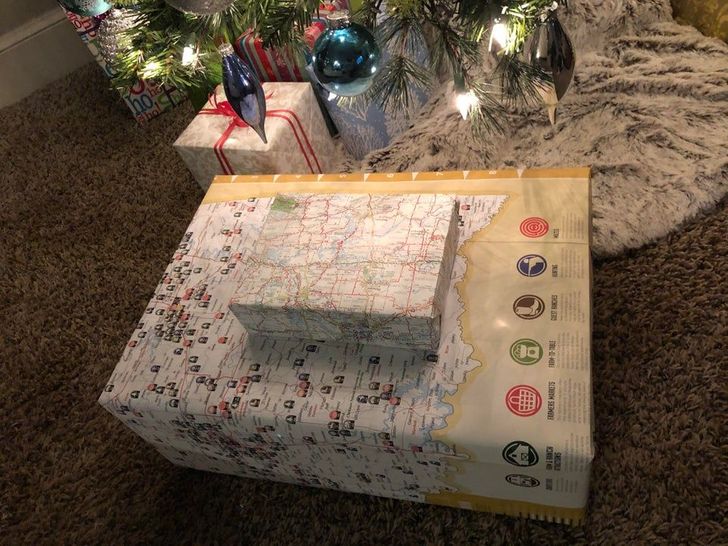 9. This is the perfect way to wrap some concert tickets! 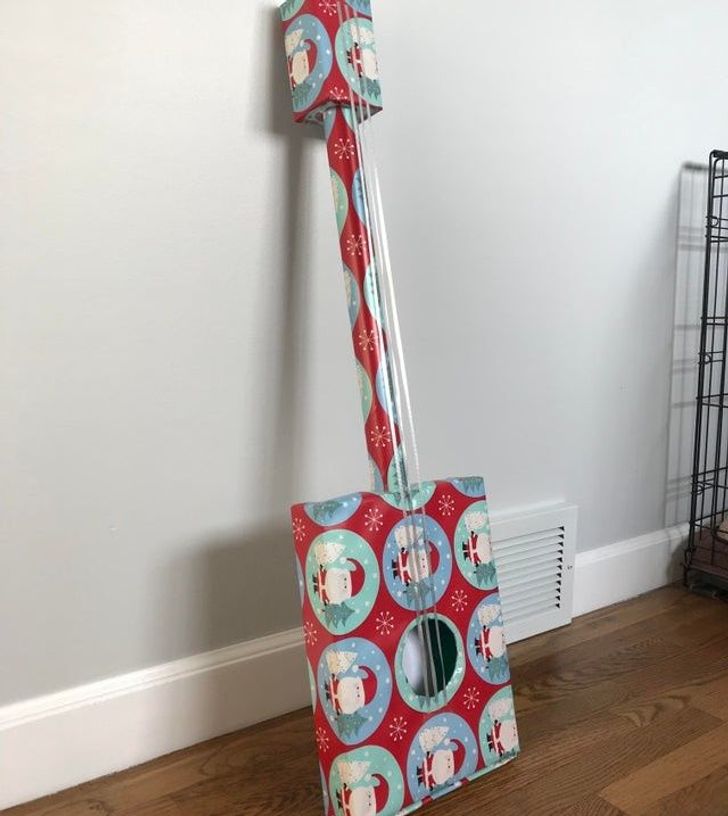 10. Wrapping and recycling at the same time 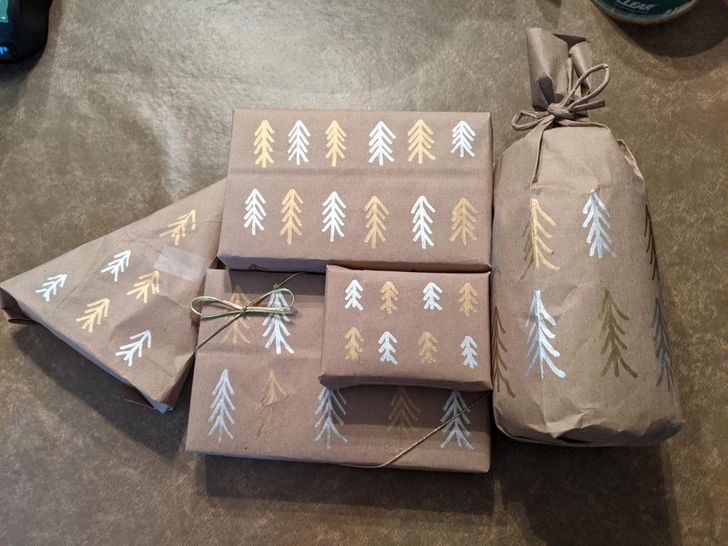 11. How this guy wrapped a gift for his girlfriend’s parents 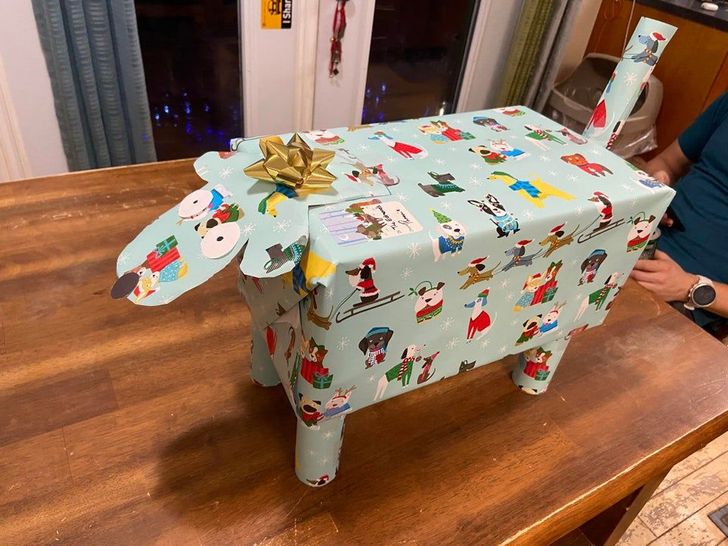 12. He wraps his last gift by combining the leftovers from all the other gifts. 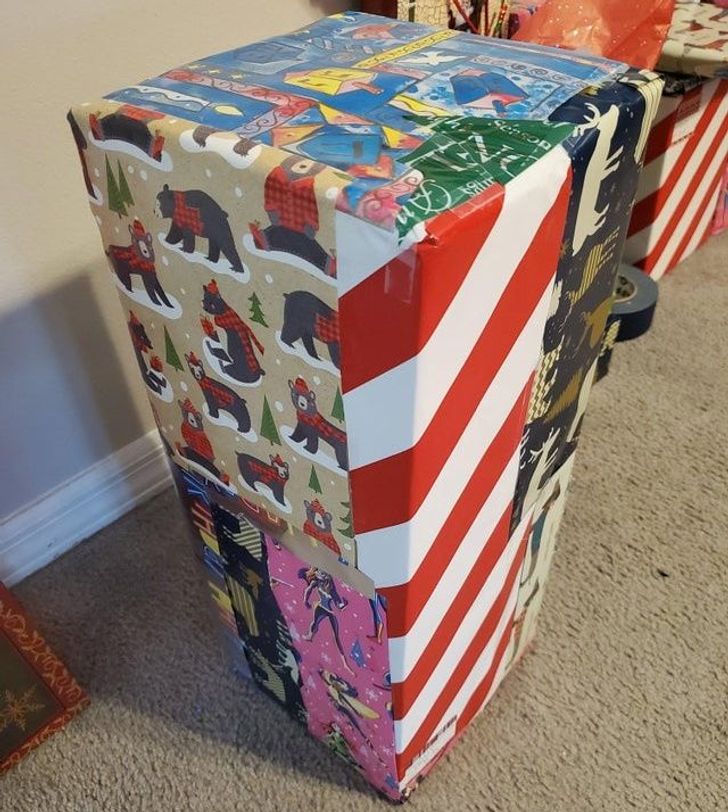 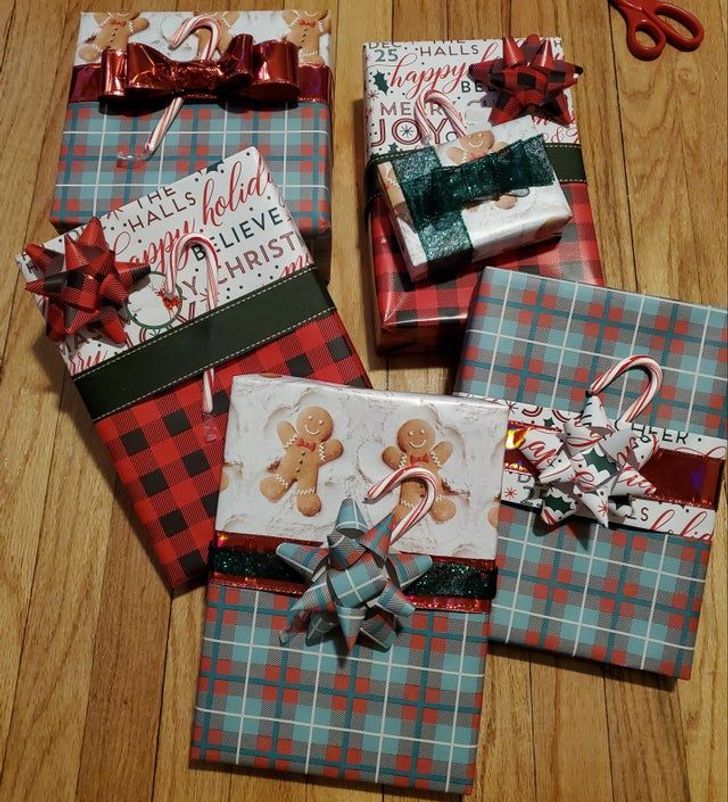 14. Whoever was expecting a lamp and a chair will actually get a bottle of perfume and a sweater! 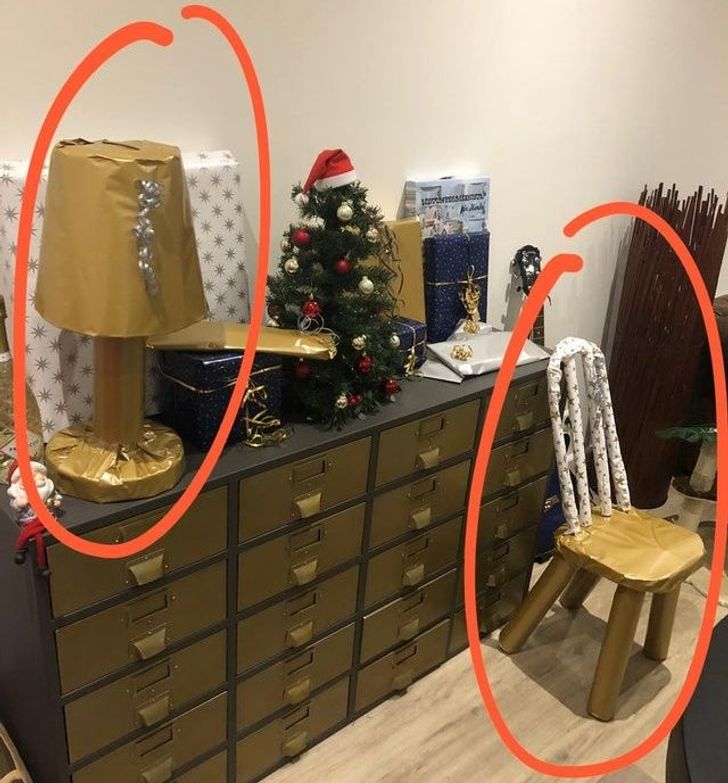 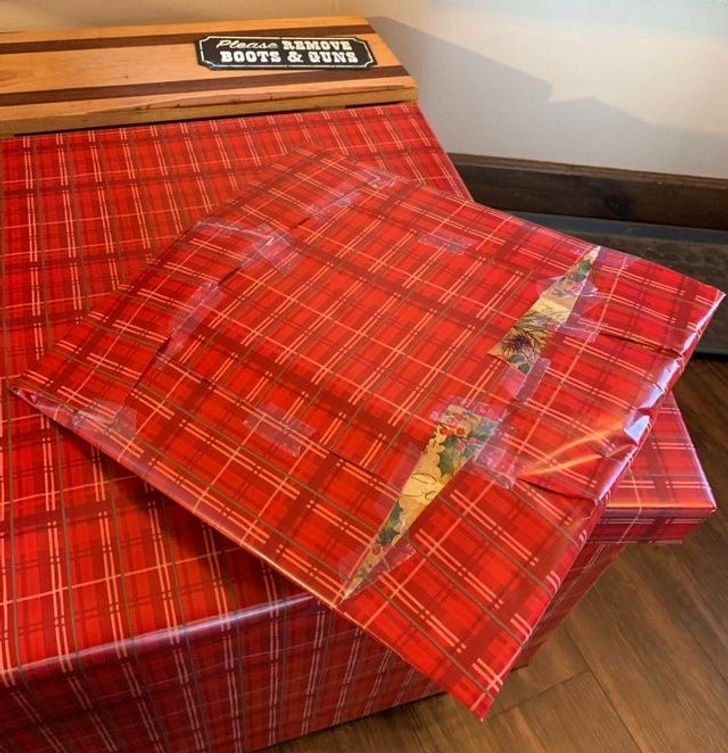