Although the arrival of baby completely changes one’s life, some dads have no plans to change who they really are. While the mother is often conscientious about things, the father is a little more adventurous. And for this reason, giving a baby to his or her dad can sometimes lead to hilarious situations...

Here are 16 situations where seem to totally combine their hobbies with fatherhood! Is your spouse the same way? Share your stories with us!

1. This dad love his 4-wheeler, but he also has to watch his baby when his wife is gone. Here's how he managed to combine the two. 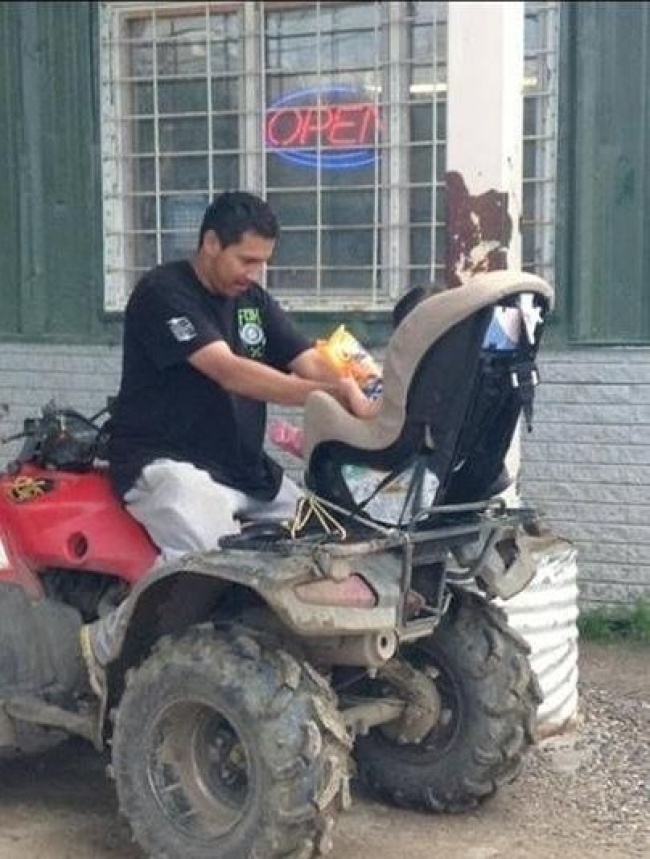 2. Who said it was impossible to watch a movie and look after the baby at the same time? 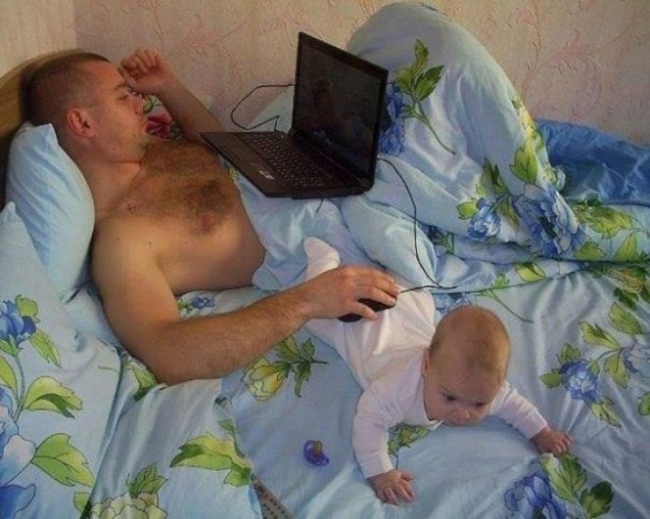 3. Because this dad was tired of hearing his kids fight in the car, he came up with a pretty radical solution! 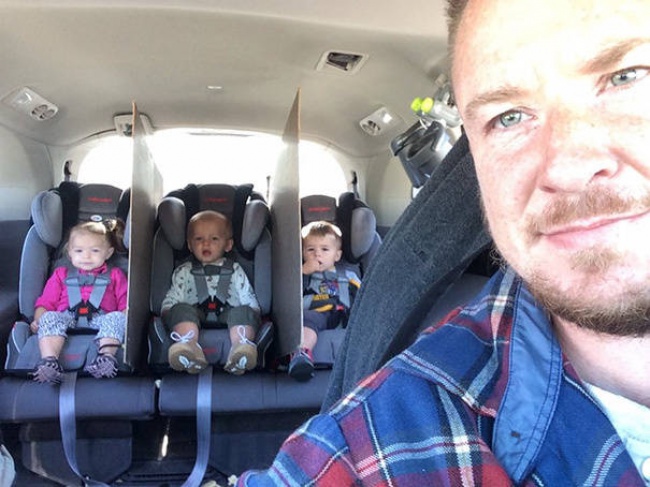 4. This dad found a way to channel his son's artistic needs! 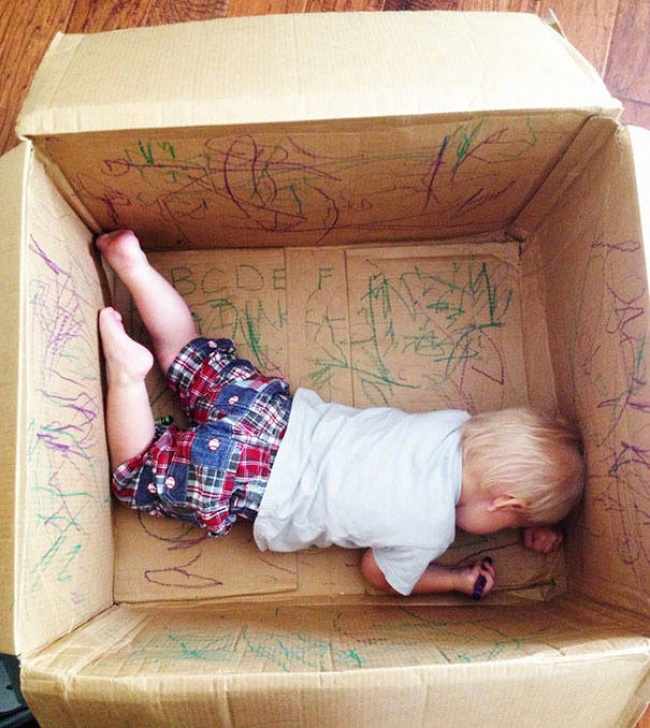 5. Because dads are always better than moms when coming up with costume ideas! 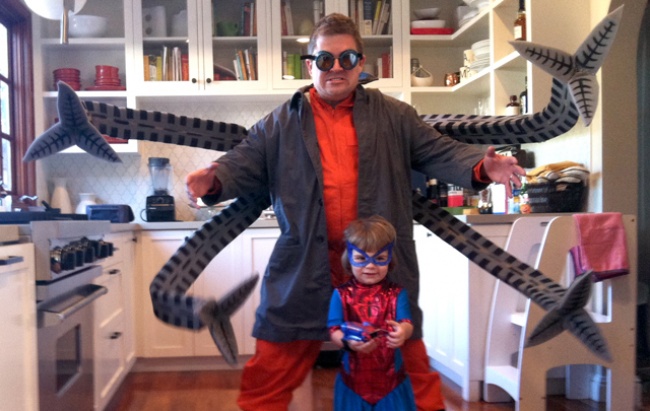 6. When Dad is a Star Wars fan and has to watch his son while mom goes shopping... 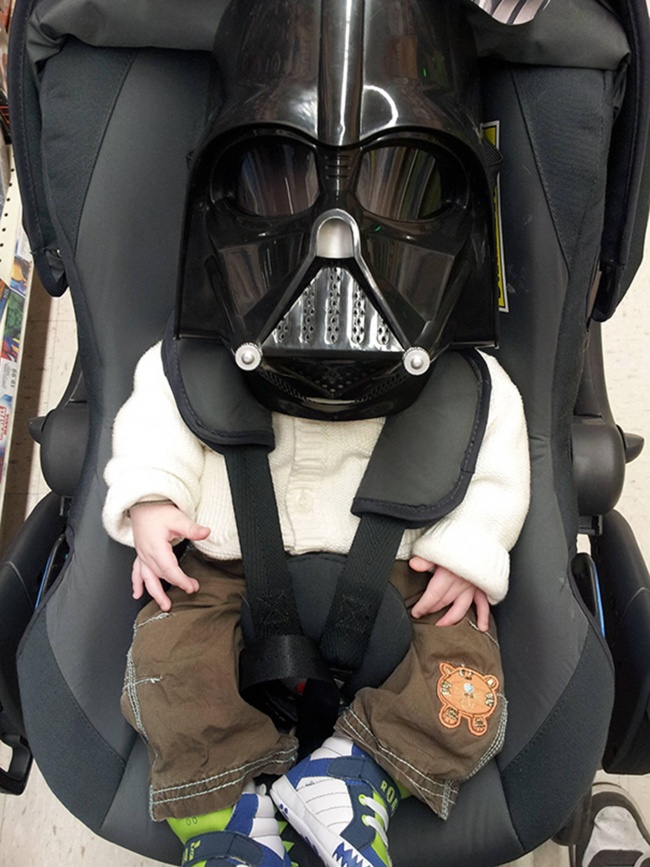 7. Because he has always been a fan of parades, this dad decided to introduce his son to his passion. 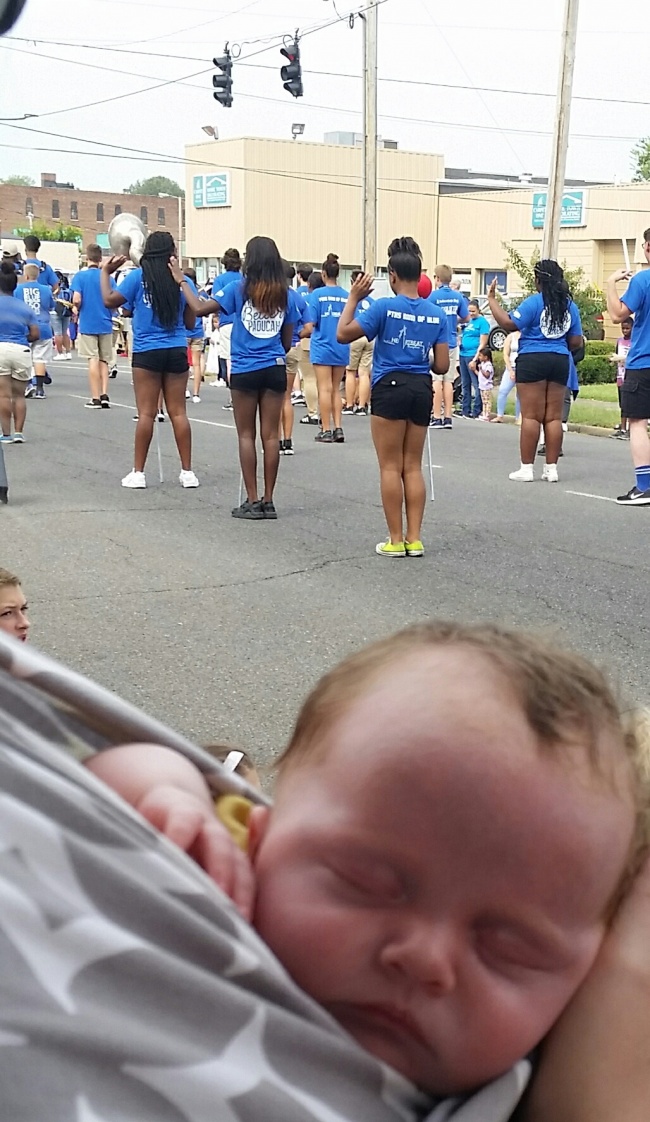 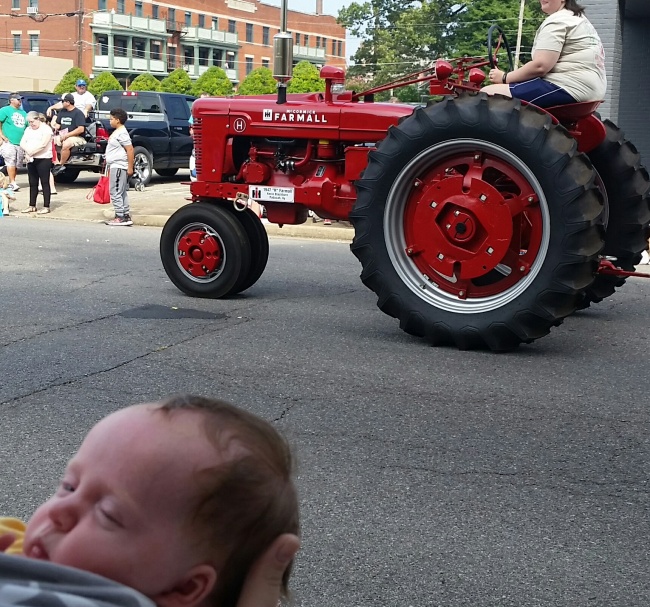 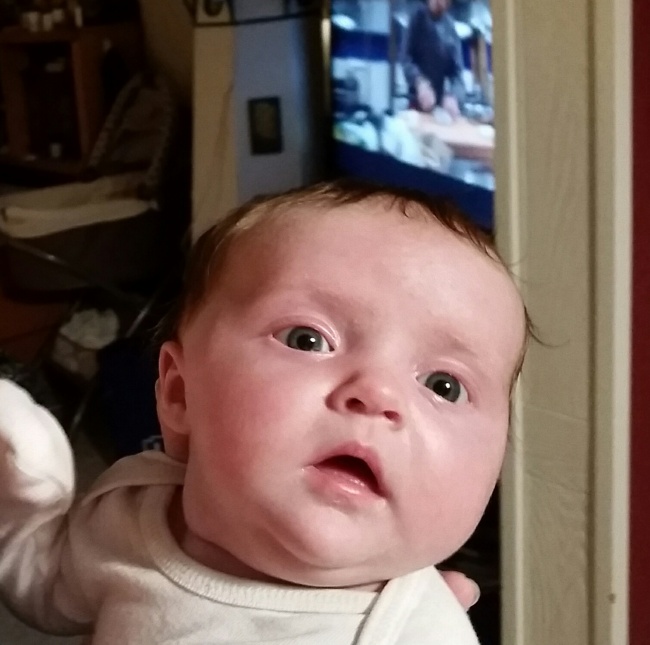 8. Each to his own play area: that’s this dad’s motto! 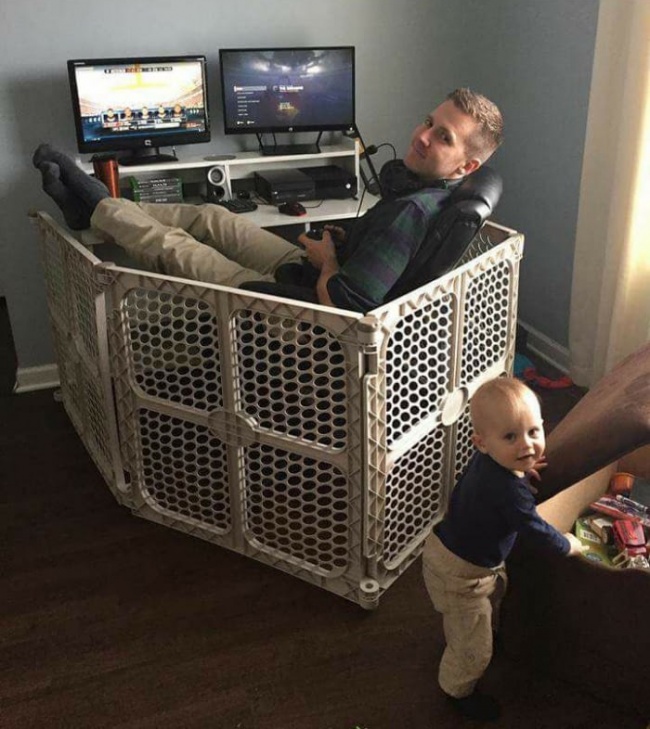 10. Is there anything more effective than duct tape?! 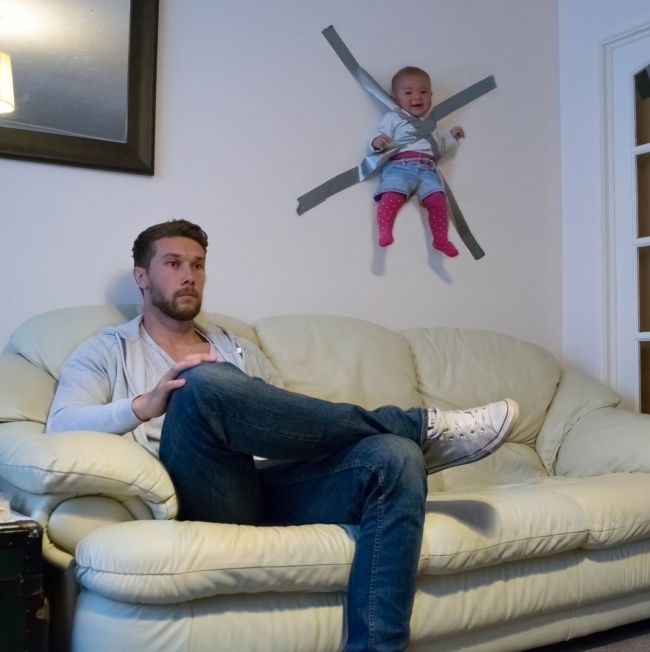 11. When you planned on working out, but your children are with you... 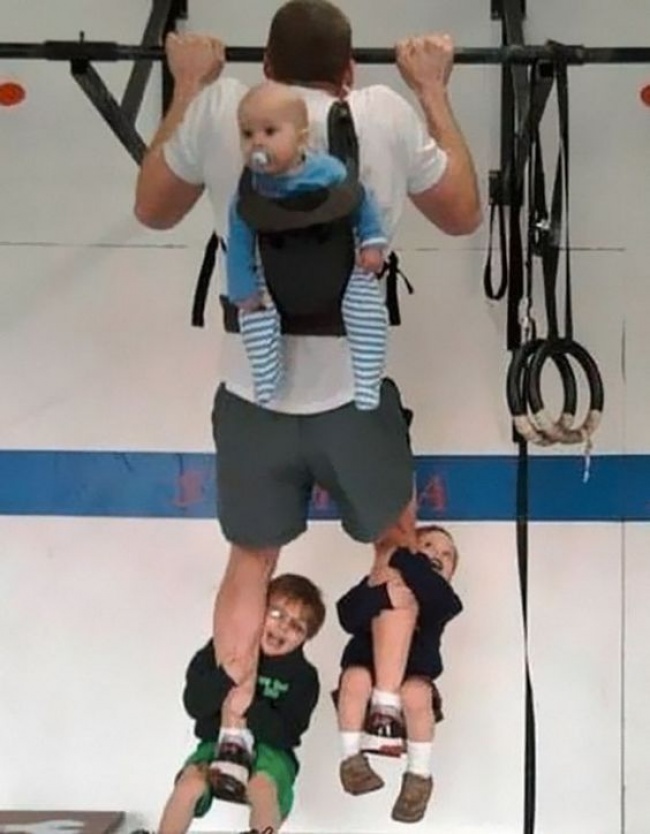 12. “My wife was out for an appointment, so I had to watch our daughters. Really, it was pretty easy!” 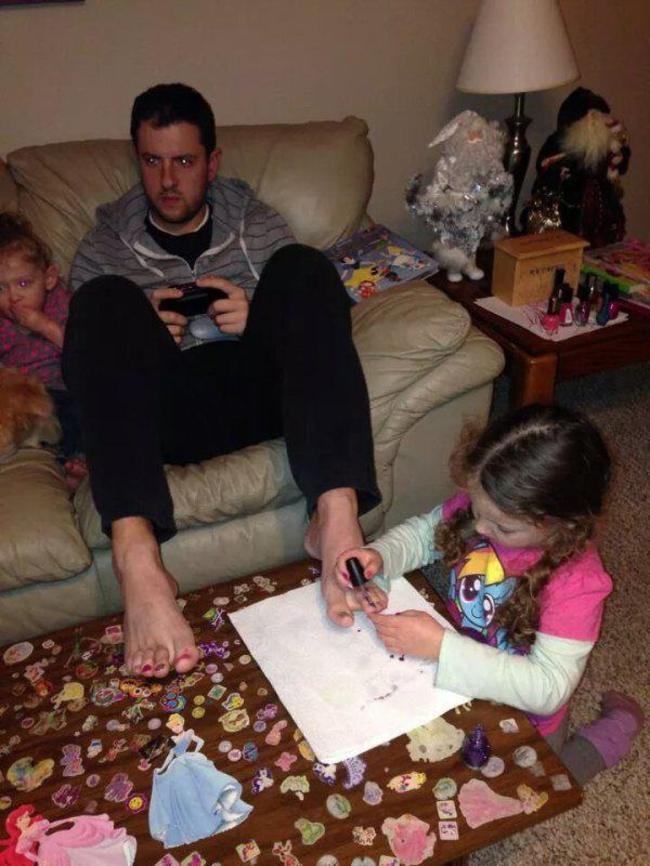 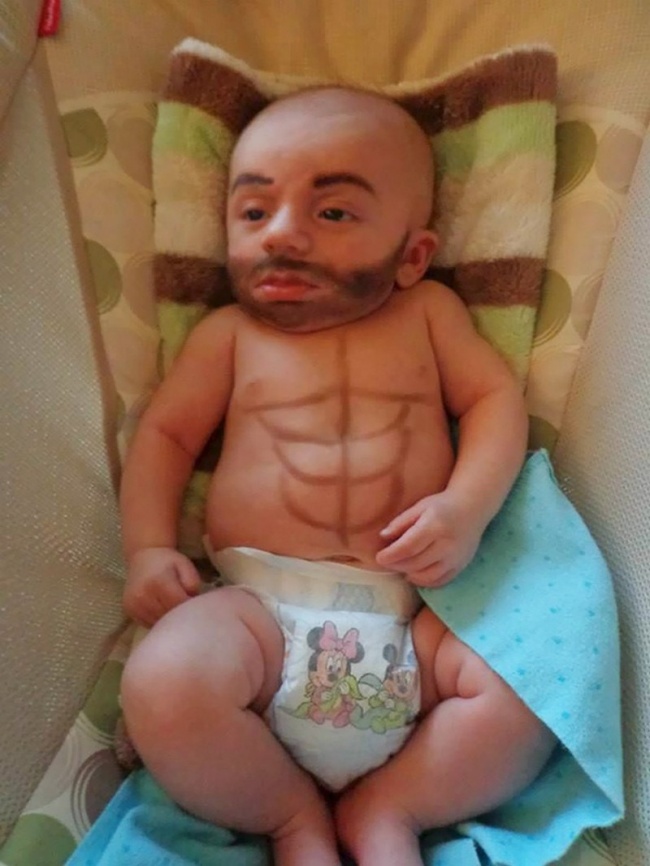 14. This man has the big responsibility of going for a walk with 4 kids... 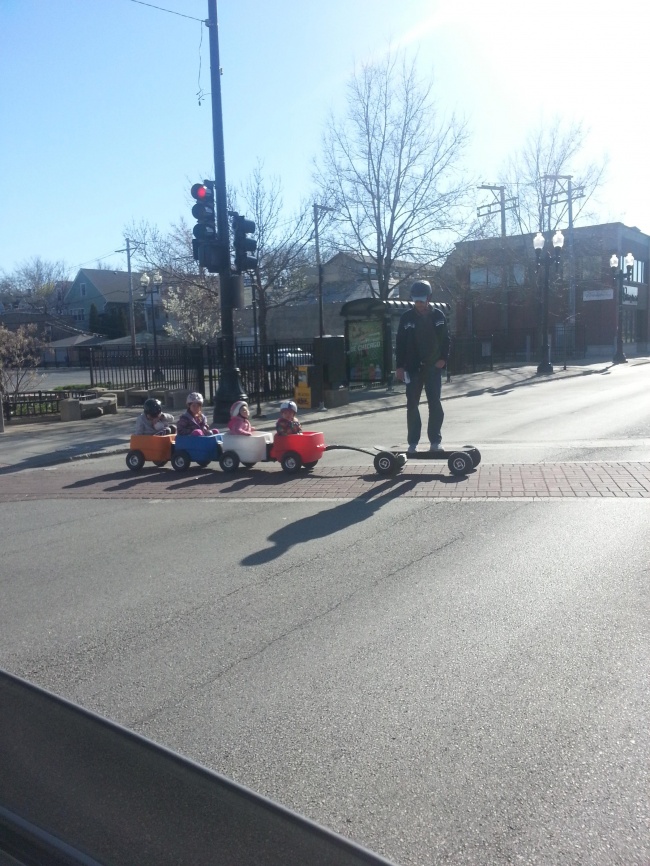 15. “My daughter cries all the time when we go for a walk. I promised my wife that she wouldn’t do that with me... And I was right!” 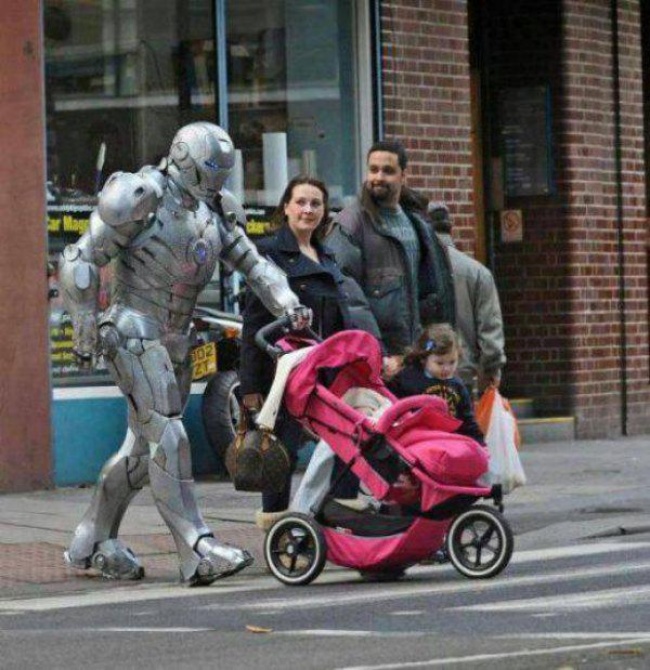 16. When you need both hands to hold your baby, but you have to give him a bottle at the same time... 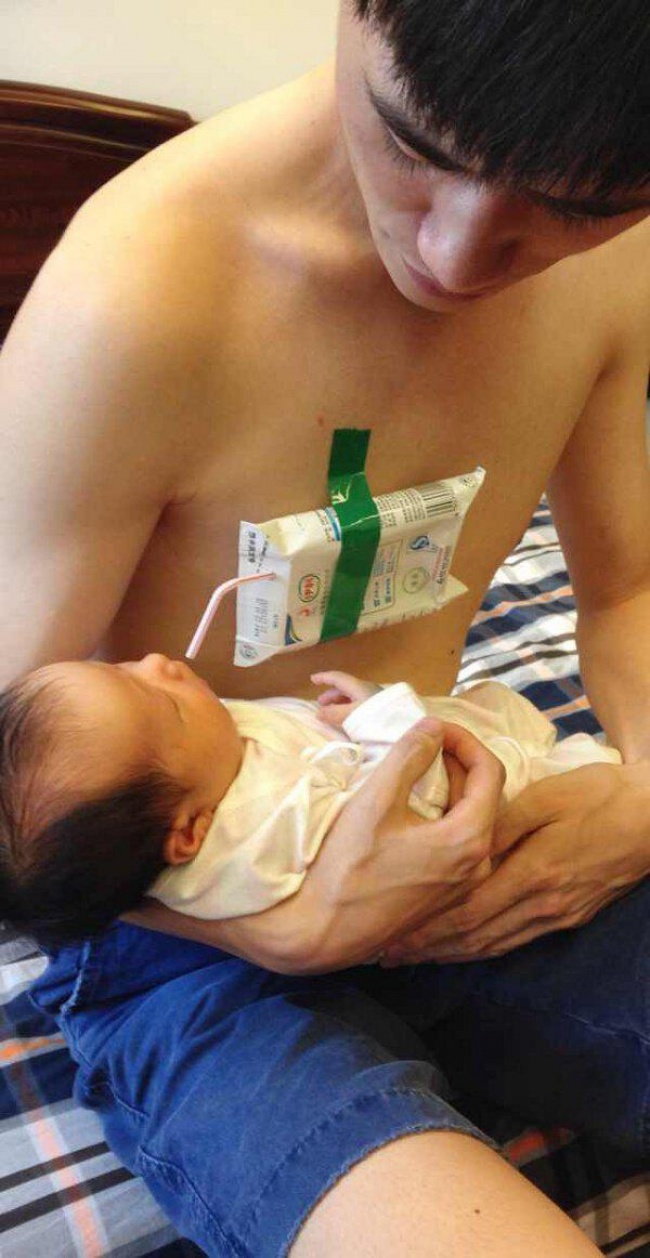 We don’t know about you, but we love dads!