If you think that human beings are the only living creatures that create awesome works of art then read on... Animals are obliged to defend themselves in order to survive, meaning that they create unique systems in order to avoid extinction, often with spectacular results! And if one thing's for sure, they remind us that despite our advanced technology, we are just tiny, humble beings who share their planet...

Here are 17 breathtaking natural phenomenon created by animals, some of which you may not know existed! Obviously, this isn't an exhaustive list so feel free to share any amazing 'animal works of art' that you've seen or managed to photograph! 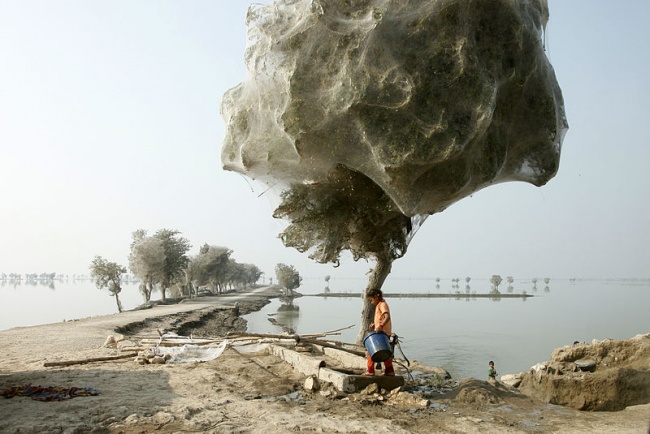 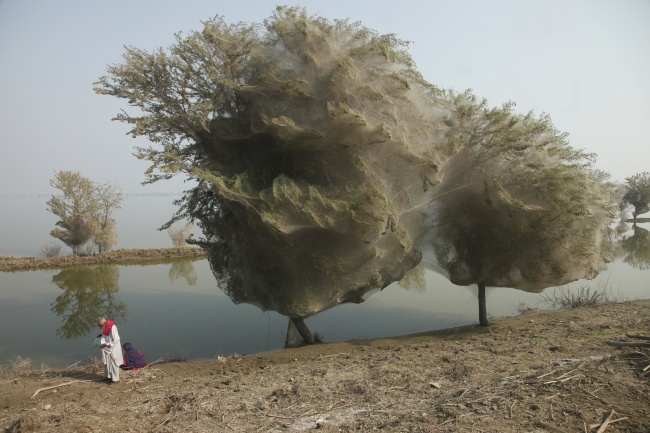 This took place in Pakistan in 2010 after torrential rain swamped the country. In order to survive, insects took to higher ground and climbed trees to avoid the floods. Although spiders were largely responsible for these webs, other insects including moth larvae also contributed to these 'candy floss-like' constructions. 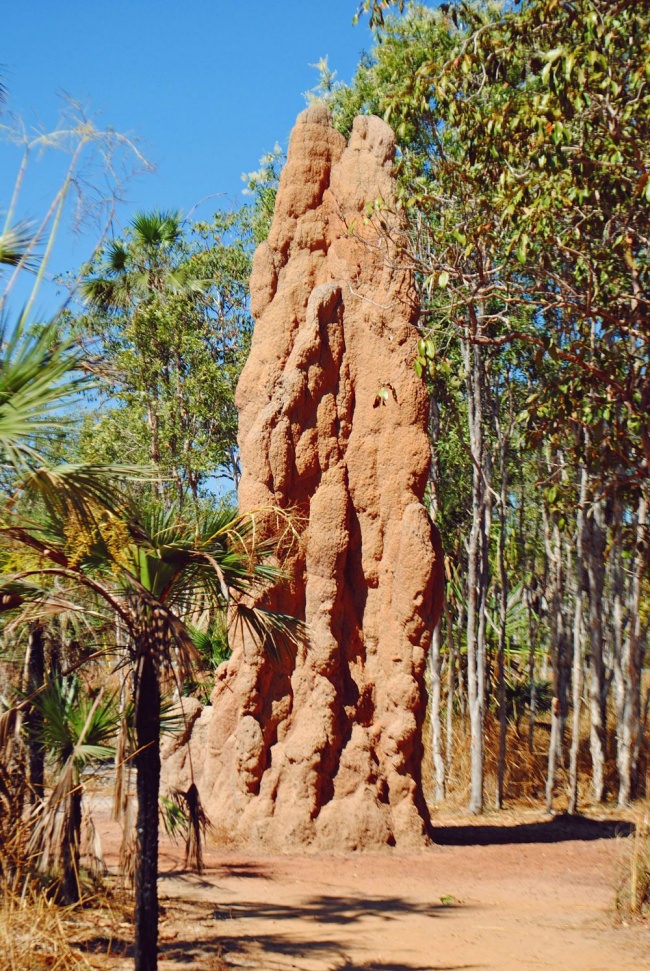 Insects can also construct their equivalent of the Egyptian pyramids and termites are excellent builders. That said, they don't actually live in these mounds, but use them to frighten off predators and keep oxygen levels in their actual nests stable. 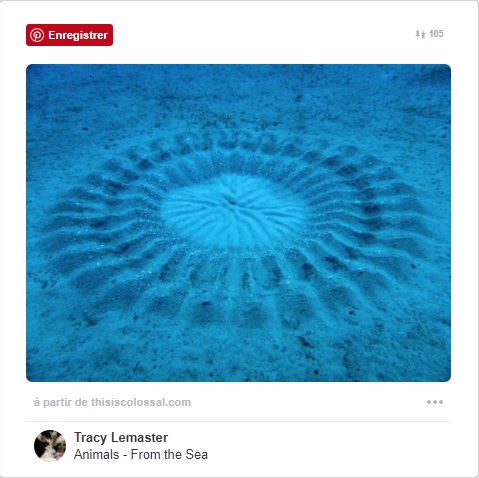 These unusual, decorative circles have been seen on ocean beds, particularly near Japan. It took a while for scientists to figure out what marine animal was creating them, but they eventually discovered that it was pufferfish. They draw these circles by swimming around in a circle while flapping their fins in their attempt to attract females! The more complex and symmetrical the design, the greater the chance that they'll nab a potential mate! 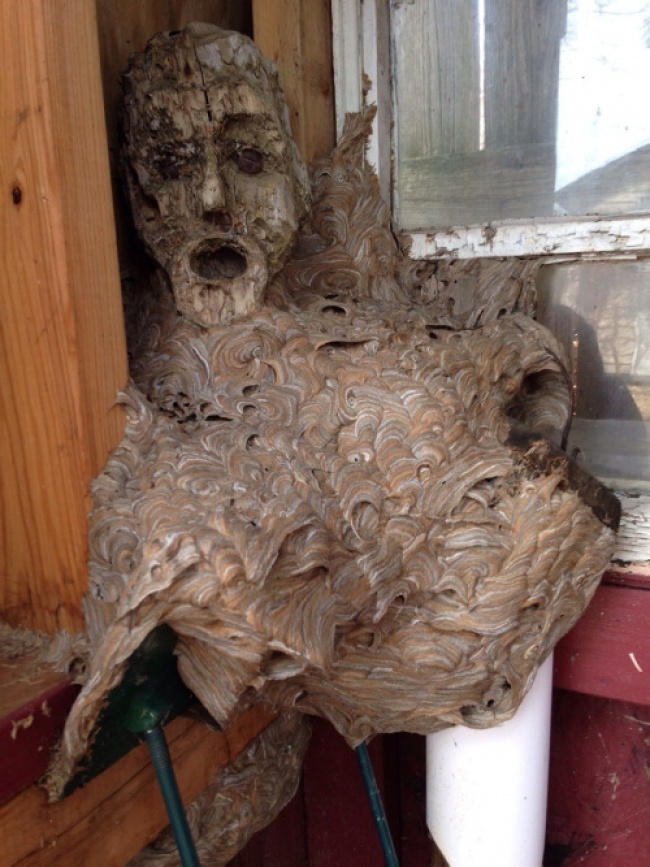 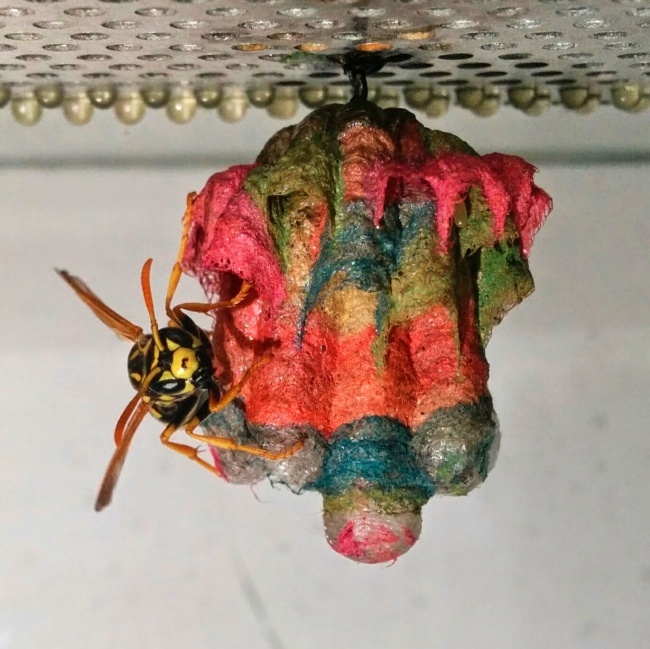 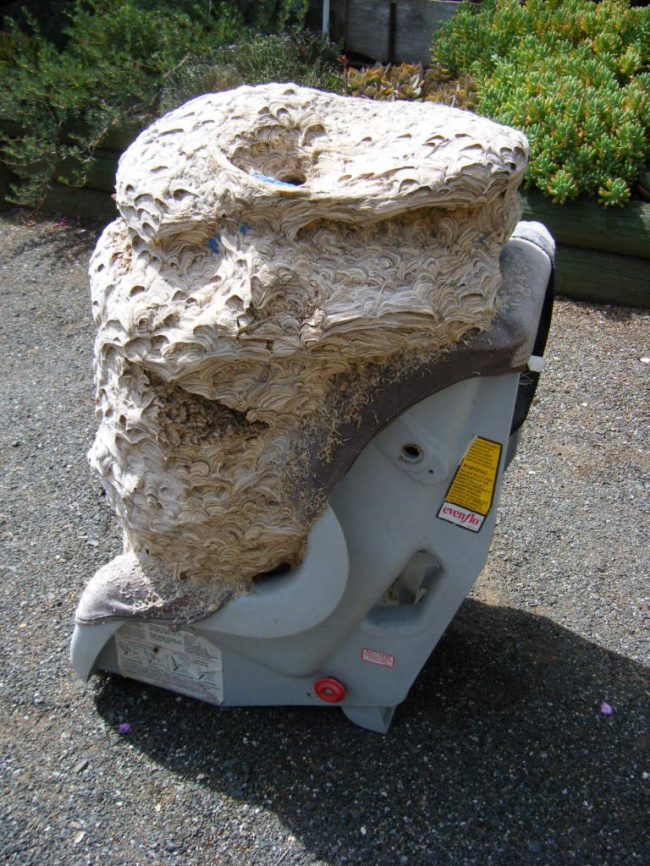 Wasps usually use wood fiber and saliva to build their nests, but when necessary they'll use other materials. They build them by dribbling on the chosen material and scraping it back and forth to leave behind fine fibers. When and where nests are built is decided by the queen in her role as the egg-layer of the hive. Evidence of their nest-building ability was proven by a certain Mattia Menchetti, who placed colored paper in a wasp colony only to find the wasps used it to build an awesome colorful nest! 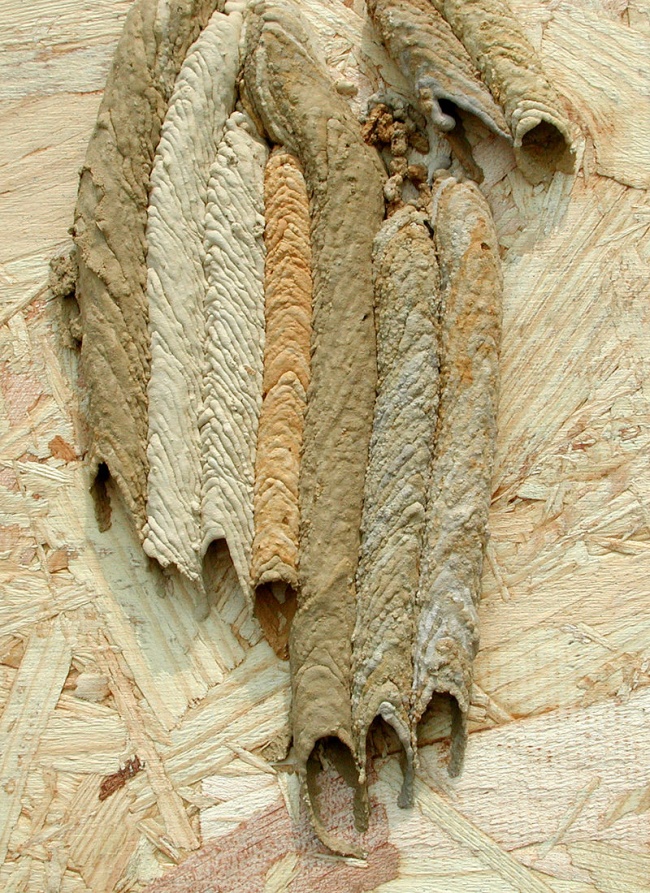 Mud daubers are a species of wasp that is incredibly independent until they need to protect their young! In order to feed their offspring, they build mud tubes that serve as feeding grounds.  They'll then deposit between 20 to 30 dead insects (spiders, flies, butterflies...) and lay their eggs on top of their prey. They'll then plug up these 'prisons' with mud and check them on a daily basis, until such a time as their young are old enough to look after themselves. 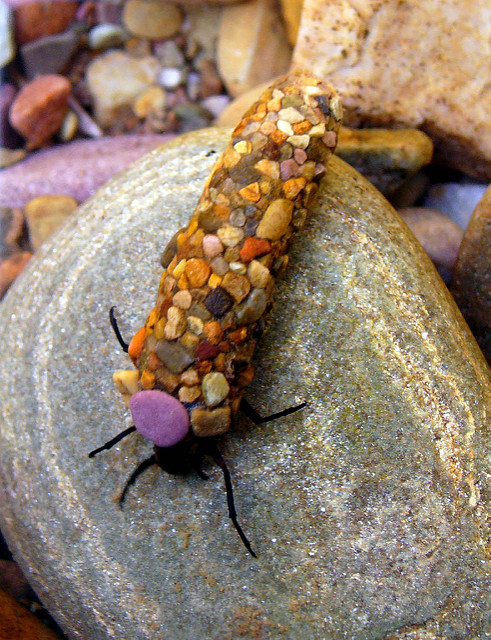 Caddisfly are unusual creatures in that they're marine creatures when they're larvae, but terrestrial once they've reached adult age! They build their nests by using whatever material is close to hand - pebbles, plants, shells, sand - and start the process when it's time to pupate. These sturdy homes ensure that they're protected from predators. 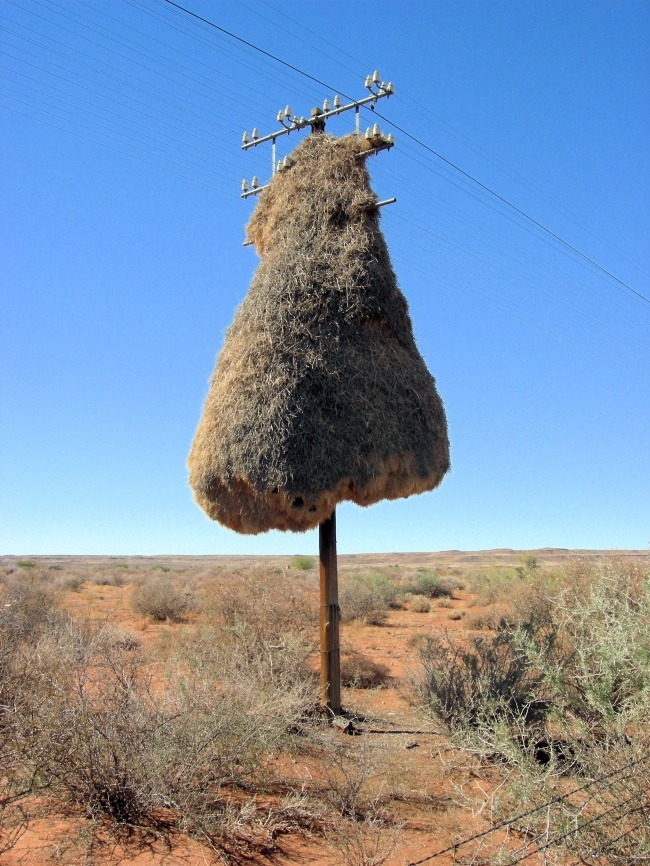 Weaverbirds are small, colorful birds that all live together in communal nests that look like hanging baskets and which can weigh up to a ton! They can get so big that they'll envelop trees or posts and inside you'll find a series of intercommunicating mini-nests that are linked by walkways. Several generations will share a nest and they usually remain nice and cool - about 50°F cooler than the outside temperature. 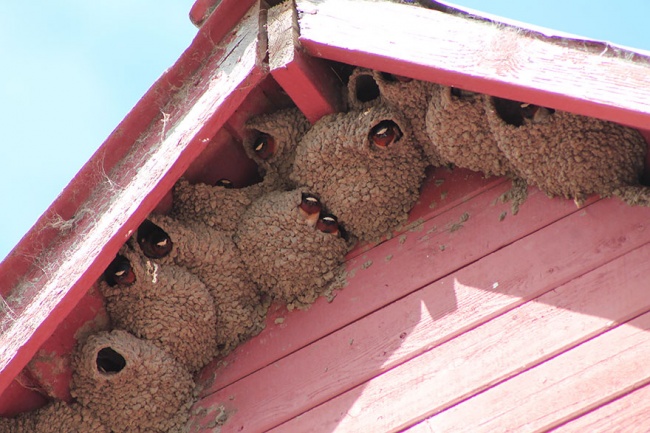 Swallows also live in groups that comprise of numerous small nests. Their nests look like little baskets and are made from a mix of mud and saliva. In countries such as India, China and Indonesia, these nests are considered to be delicacies! 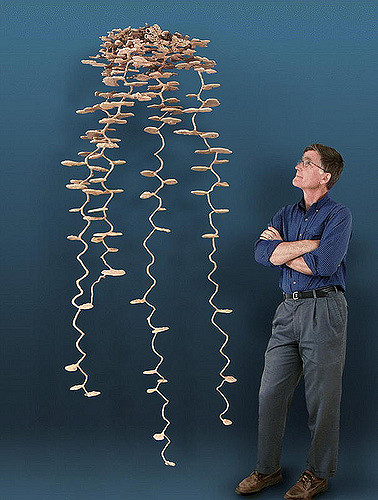 Ever wondered what an ant hill looks like? An American biologist filled an ant hill with molten metal and extracted the mold that it formed. The result was mind-blowing and you can see just how complex yet organized ant hills are. Each branch leads to a room that has a precise function within the colony. 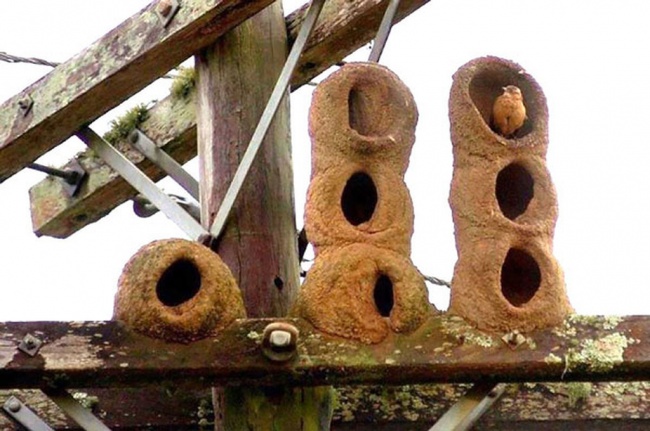 Red ovenbirds are a gorgeous red color and build their nest out of clay, grass and mud. Their nests are dome-shaped, have a round entrance and can weigh up to 11lb! These birds average around 2,000 flights a day in order to collect enough clay to build their nests! 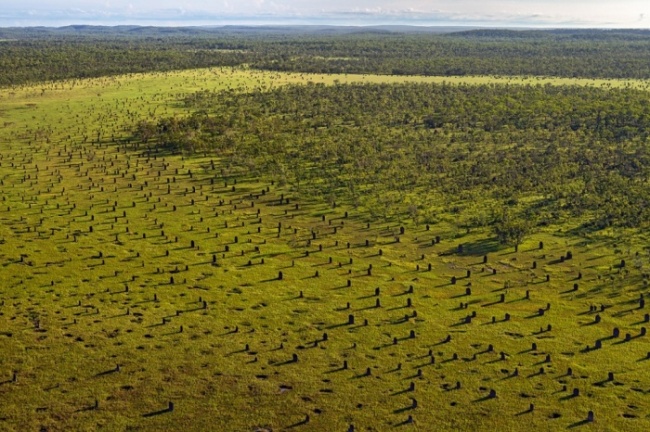 These termites have a weird name for a reason! When they construct their 'wedges', the widest part always faces south, which allows them to control the mound's indoor temperature! The wedges can reach almost 10ft high and any eggs laid benefit from a mean temperature that's perfect for growth. Equally incredible is that each wedge can house between 2 to 3 million termites! 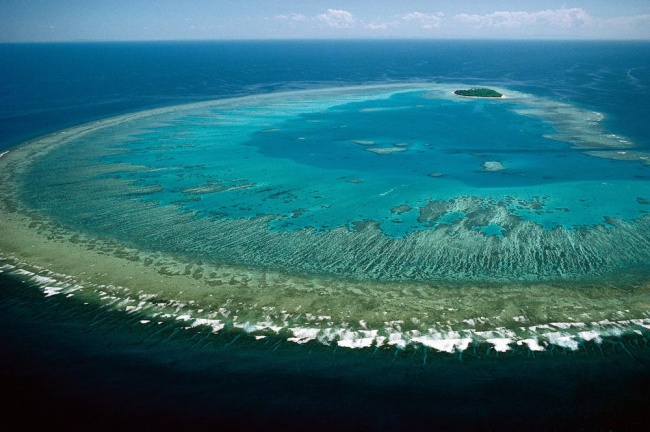 This incredible marine landscape was built by colonies of living organisms, is continually growing in size and currently stretches across 3,767,368.6 square feet - bigger than some countries! Scientists believe it began to be formed around 400 000 years ago, but this has yet to be proved. 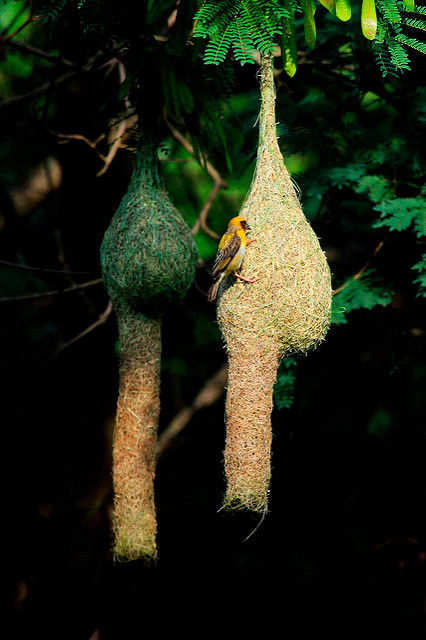 Baya weaver nests are pear-shaped with a tubular form at the base. The 'pear' part can be up to 30in long and up to 90in if you included the tube. Built by the males from sun-dried grasses, these nests are particularly sturdy and access is via the tube.  You'll sometimes come across an entire colony living together in one huge nest! 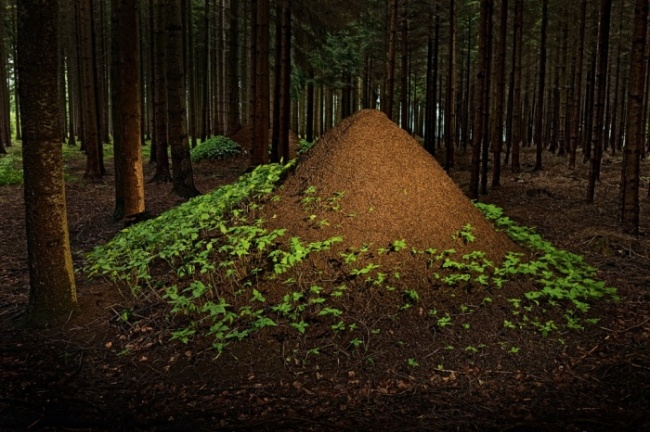 Red ants are archtitectural wizards capable of building huge ant hills. These ants may be known for their nasty bites, but these guys can carry up to 40 times their weight when collecting building materials. Their mounds are divided into 2 distinct parts - one underground and one above ground. The above ground area is the most crucial, as it protects the underground zone and keeps predators at bay. 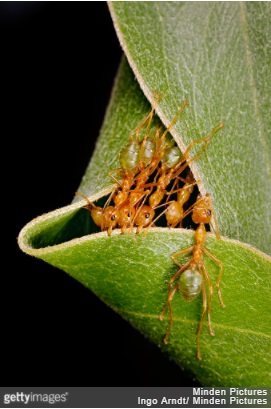 Australian weaver ants can build a nest in just a day! They don't build nests underground, but rather threaded around leaves. To do so, they work as a team by forming a chain, grabbing leaves and holding them in place with their jaws. Their larvae generate a silk-like thread that holds the leaves together. . 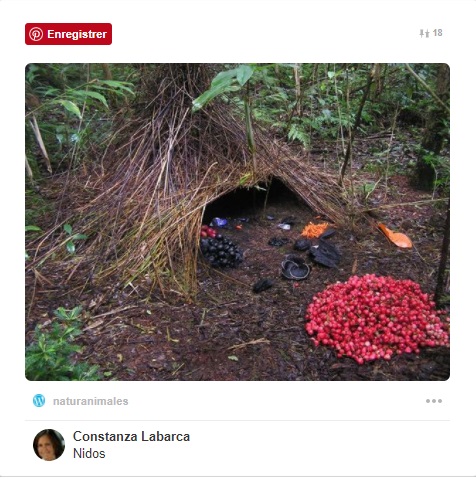 Bowerbirds love a bit of romance! The males bring females gifts (berries, beetles, sticks, flowers...) that they carefully place in front of the nest. Some will also gift toys or other colorful objects in their quest to seduce a female. These nests are only used for their seduction routines - they raise their young elsewhere! 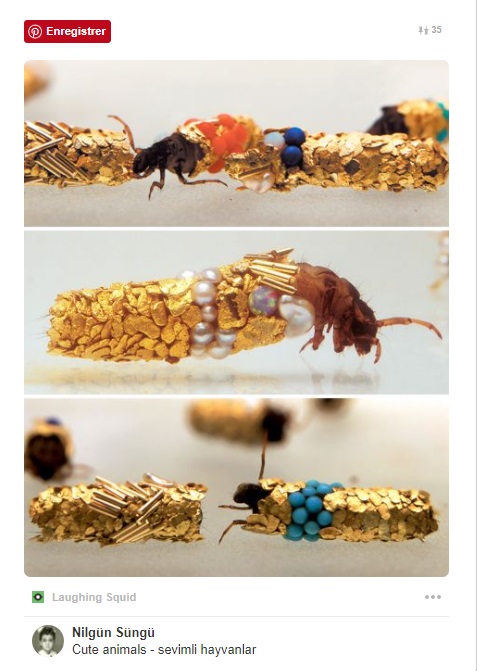 During the Slip of the Tongue exhibition in 2015, the French artist Hubert Duprat, exhibited an unusual creation. He'd collected caddisfly larvae and taken them back to his studio where he replaced their cocoons with tiny stones and precious materials including golden nuggets, rubies, pearls and sapphires. The result was truly breath-taking!