The resemblance between parents and their children can sometimes be very remarkable. These photos show some of the most perfect examples.

A child is kind of a new version of his parents. It’s not surprising to see some similarities between them, but sometimes the similarities are so astonishing that you think you’re seeing the same person.

Here are 20 photos of children who are an exact copy of their parents.

1. These photos were taken 40 years apart 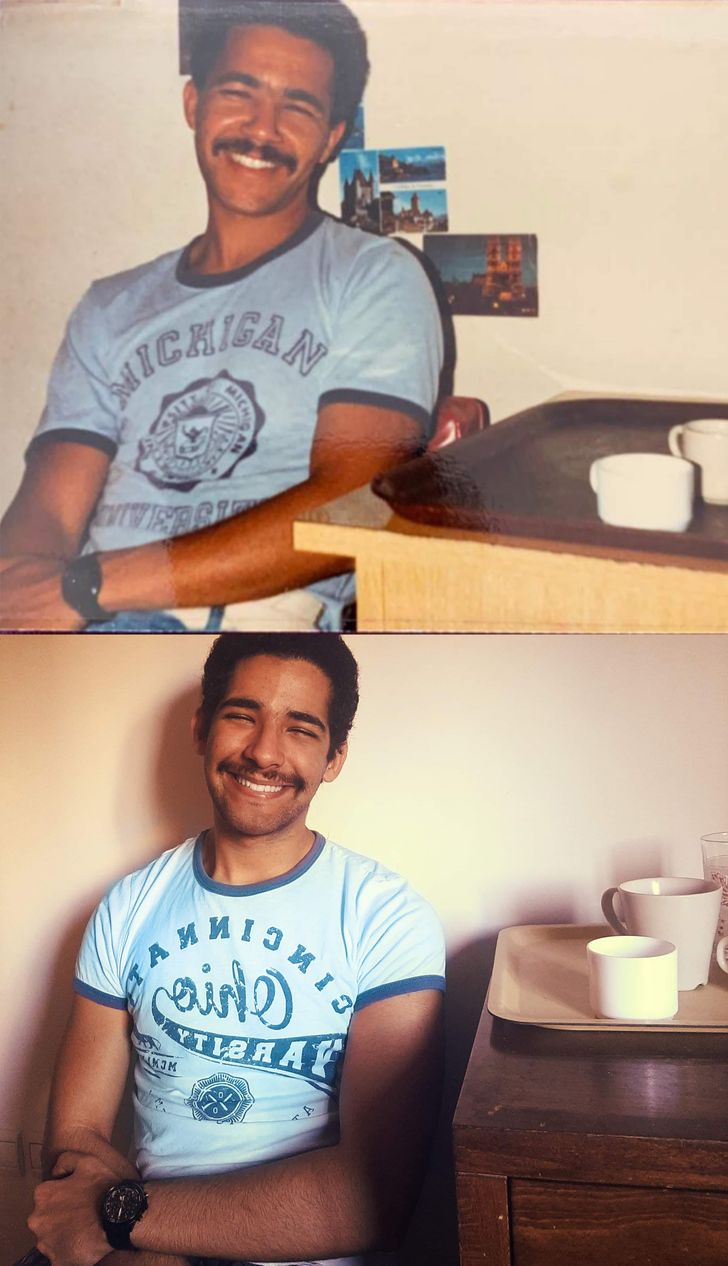 2. The two friends above each had sons who also became friends. They recreated the original photo 30 years later… 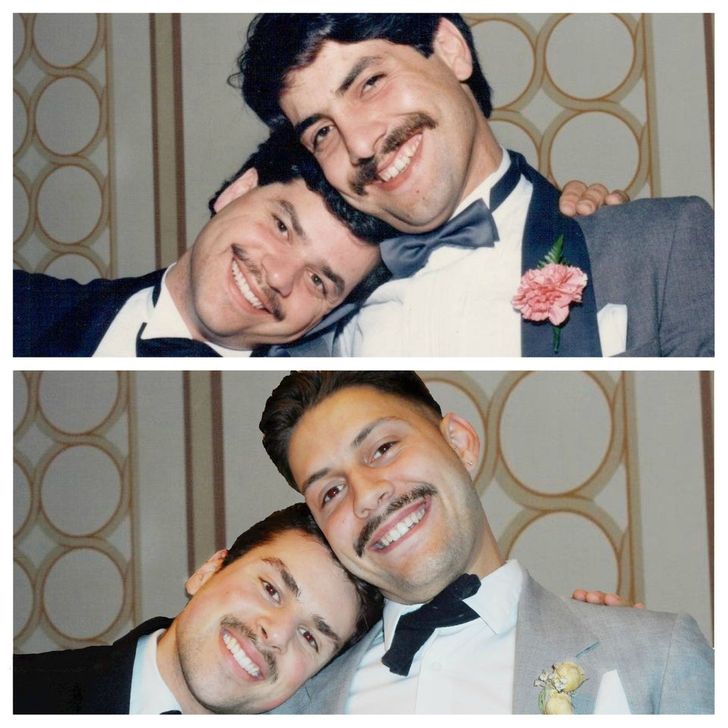 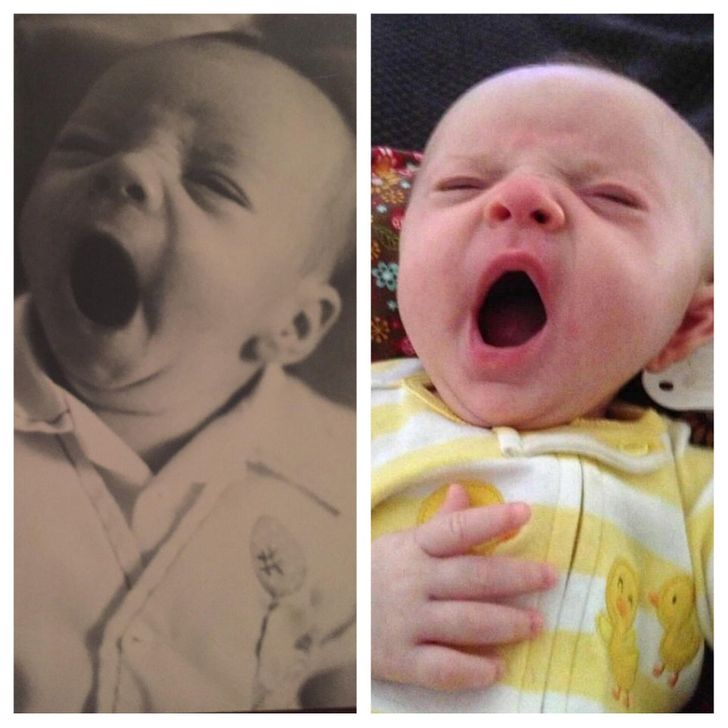 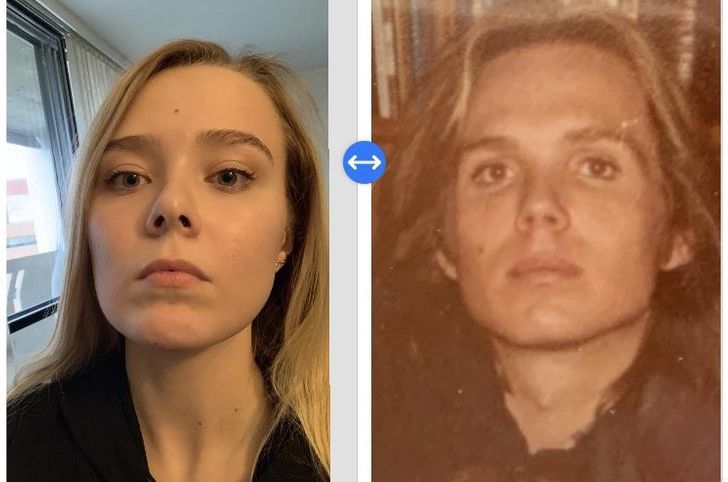 5. A sweet childhood memory that he recreated with his own child 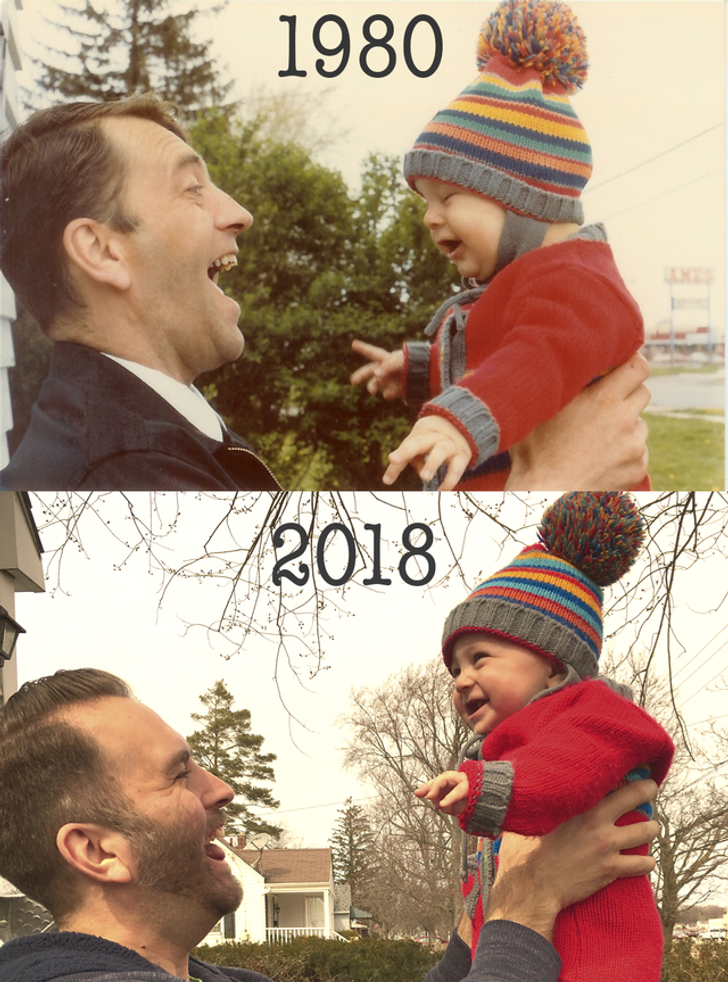 6. It’s easy to guess that they are father and son. 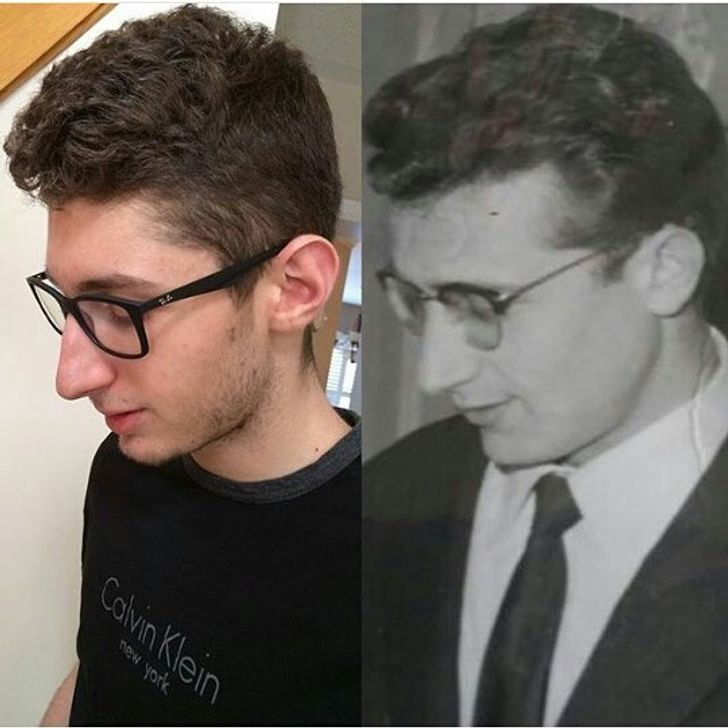 7. “My mom and me, both wearing saris as teenagers.” 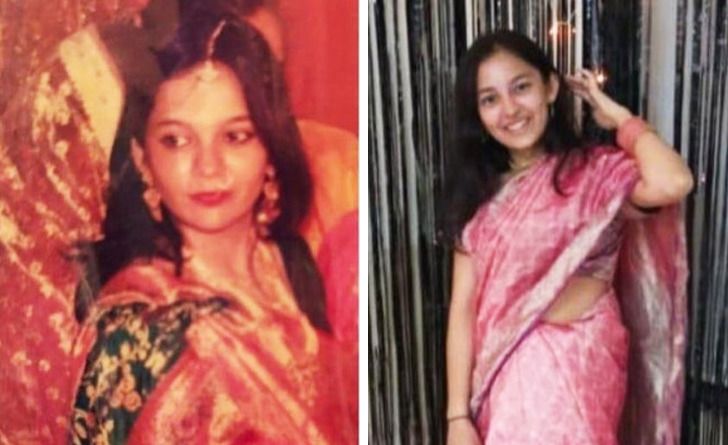 8. The resemblance is so striking that it looks like two pictures of the same person. 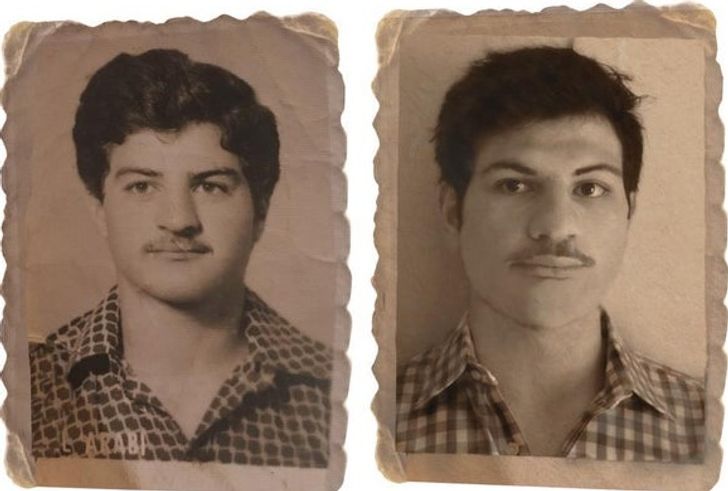 9. He dressed his son in the same costume he loved to wear as a child. 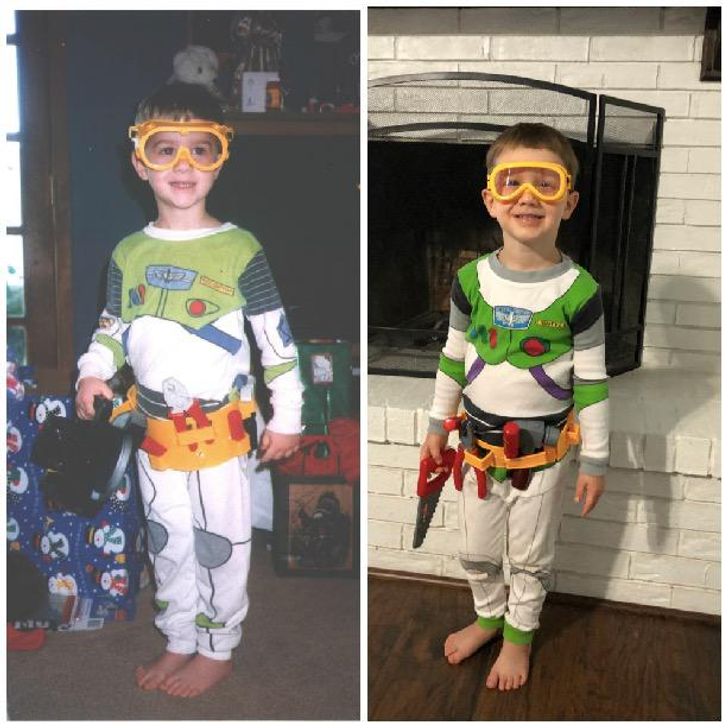 10. A daughter and father at the same age 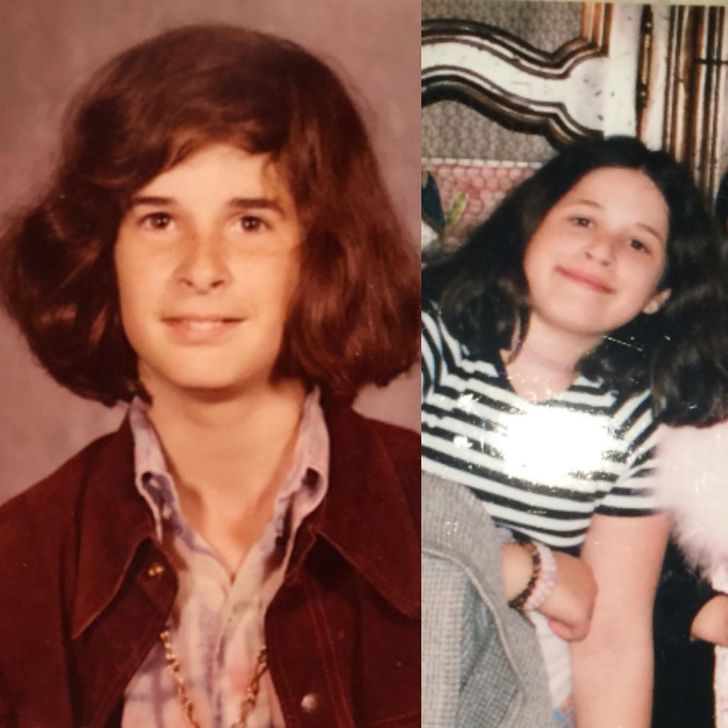 11. Daughter on the left, mother on the right 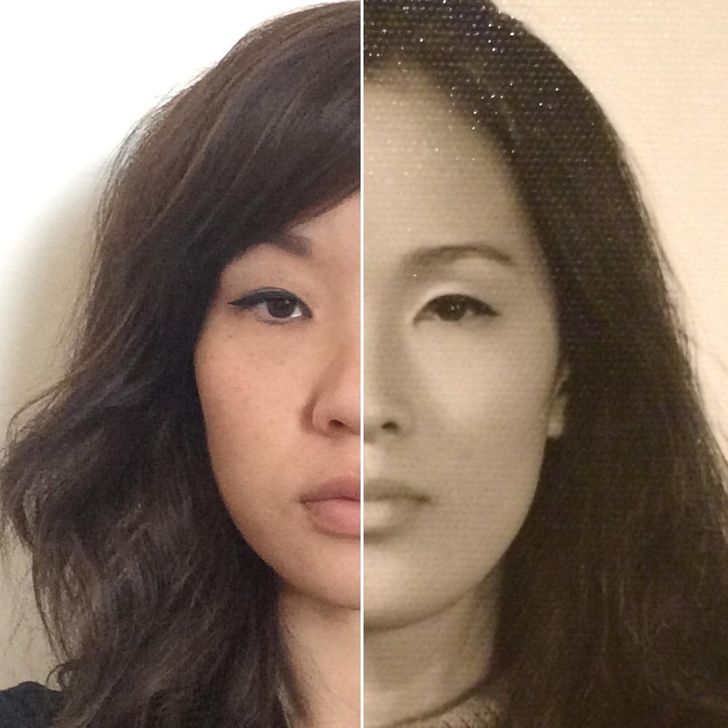 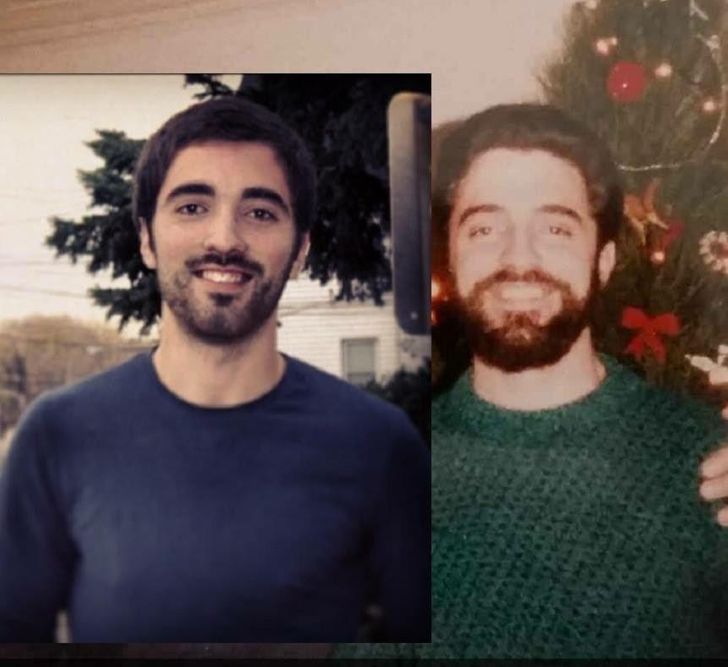 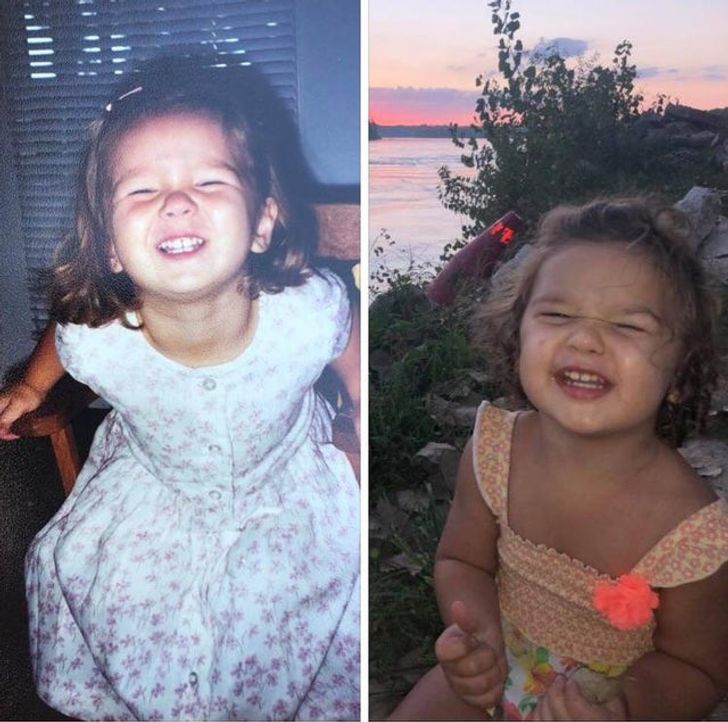 14. Here’s a father and son who have the same facial features, and even the same bangs. 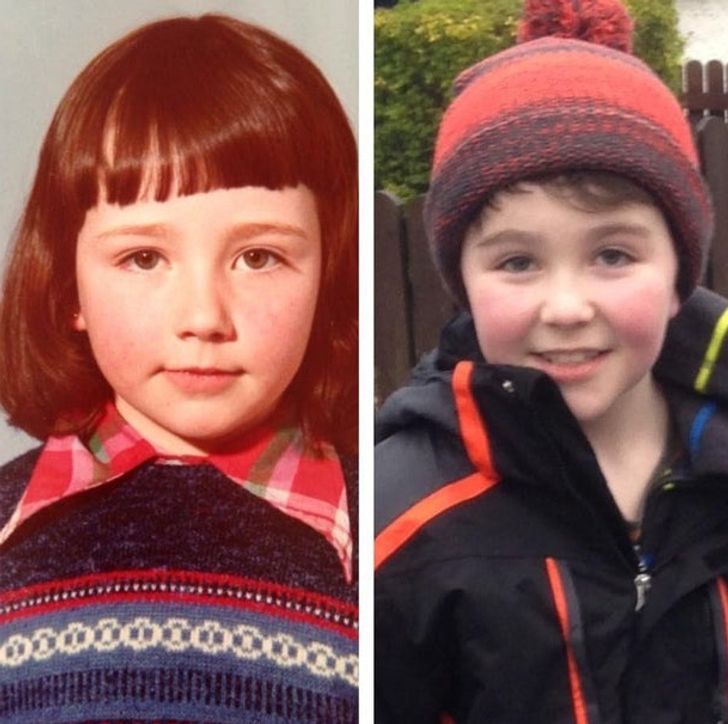 15. A mother and daughter who are proud of their resemblance 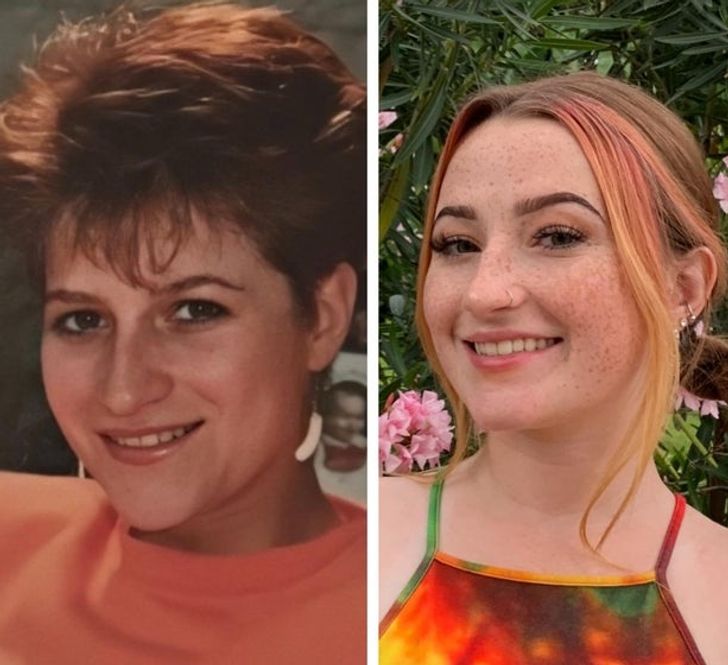 16. As an adult, she became the identical copy of her mother. 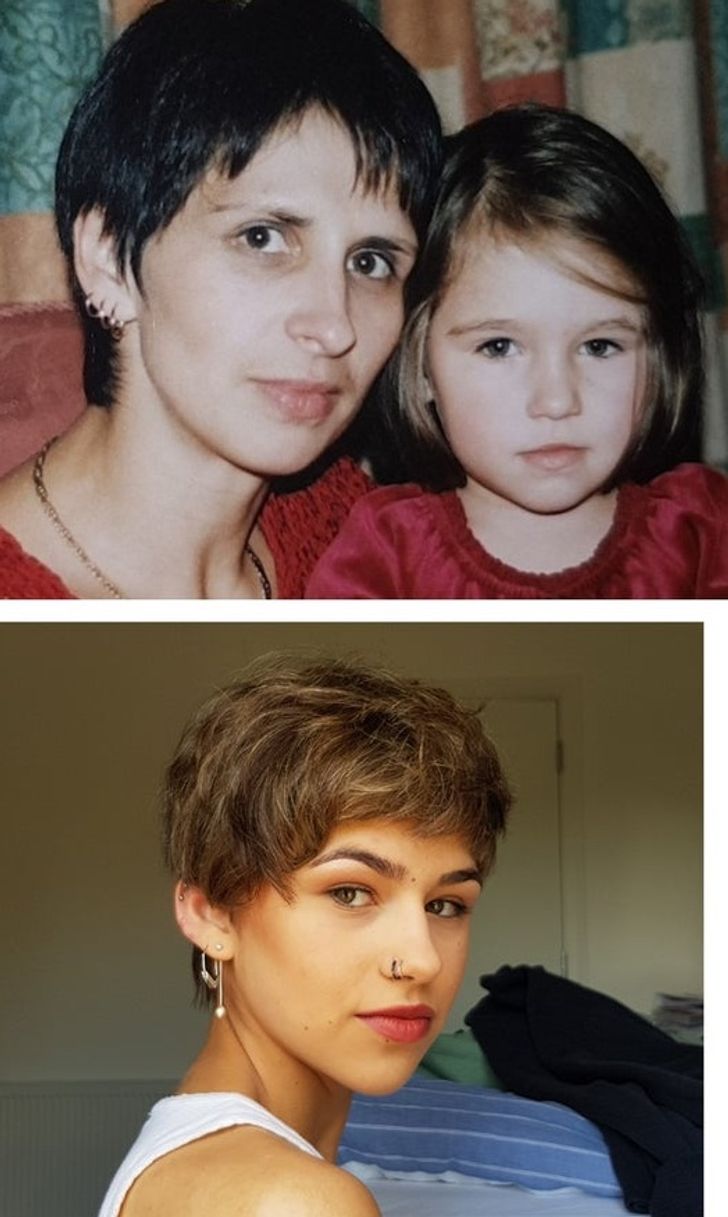 17. A mother very happy to see that her son looks like she did at his age 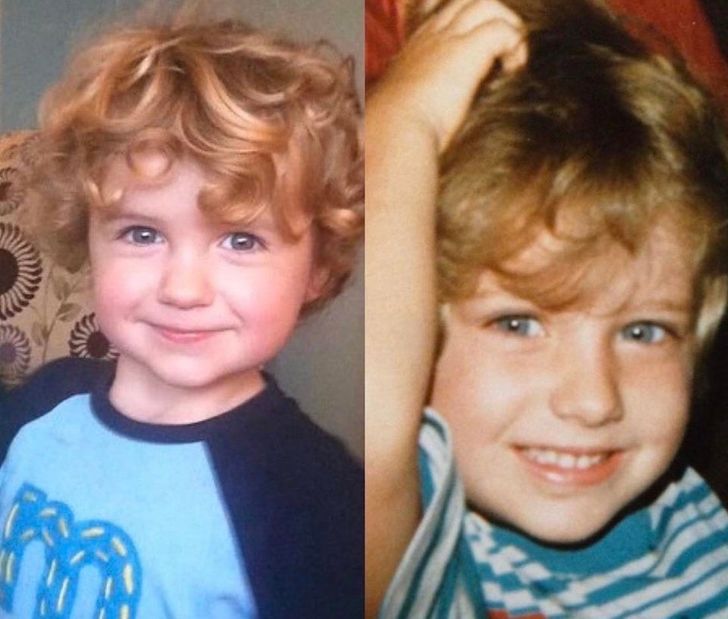 18. On the left, a mother and her sister - on the right, their daughters! 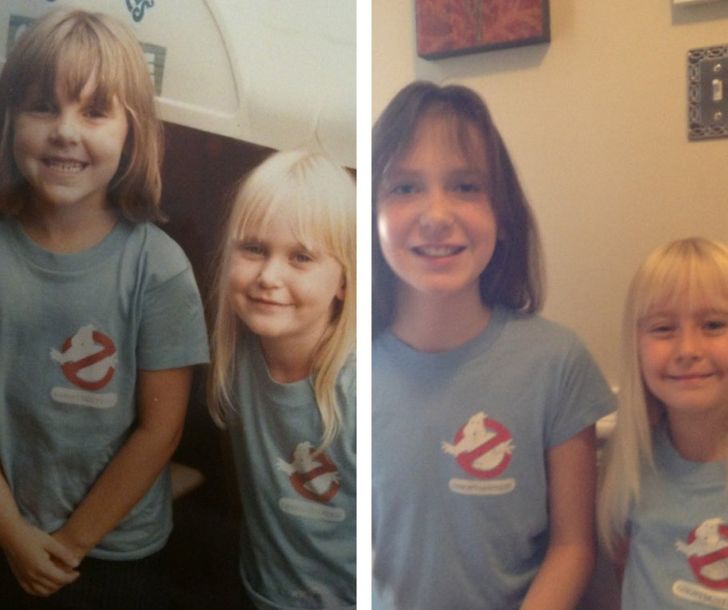 19. With the same glasses and hairstyle, the resemblance between this man and his father is perfect. 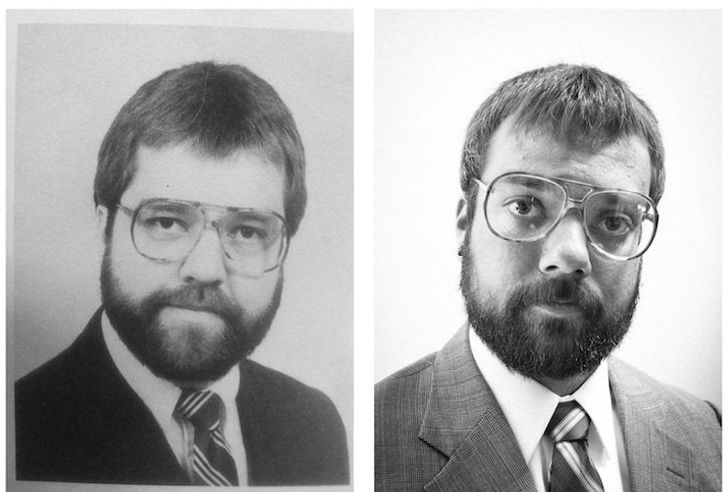 20. The little girl on the right is a little version of her mother when she was a baby. 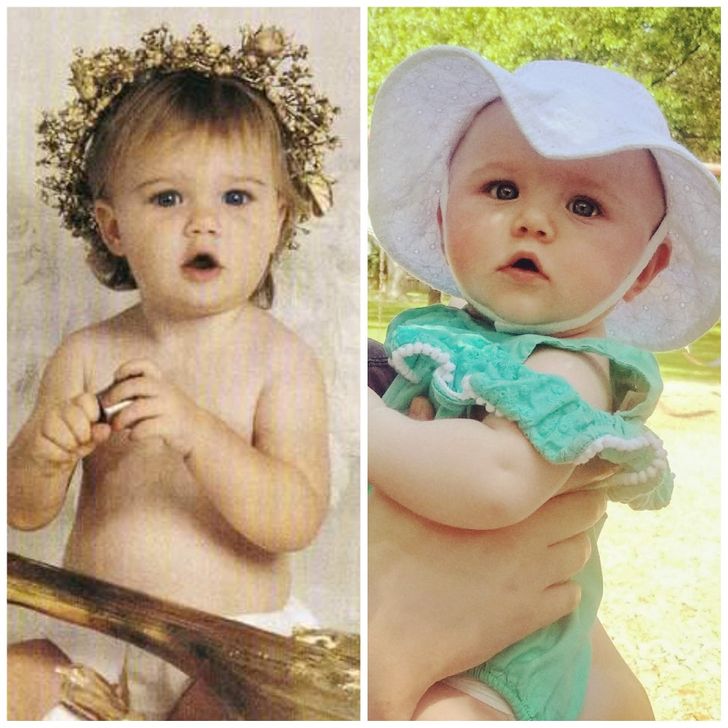