What does a fantasy film scene look like, without the polish of special effects?
Special effects have come a long way since the dawn of filmmaking. A whole film can rely on the strength of developers and graphic artists. But what would our favorite films be without special effects? The answer in images should really make you laugh. 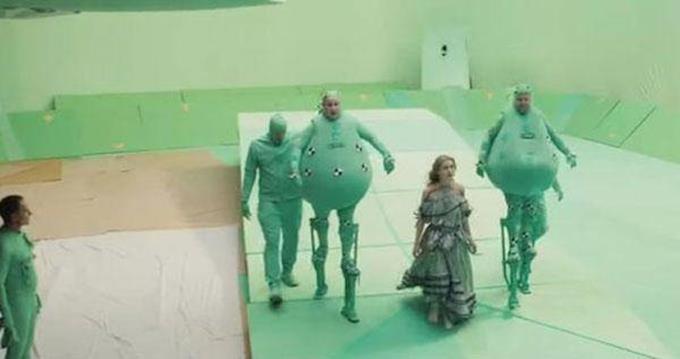 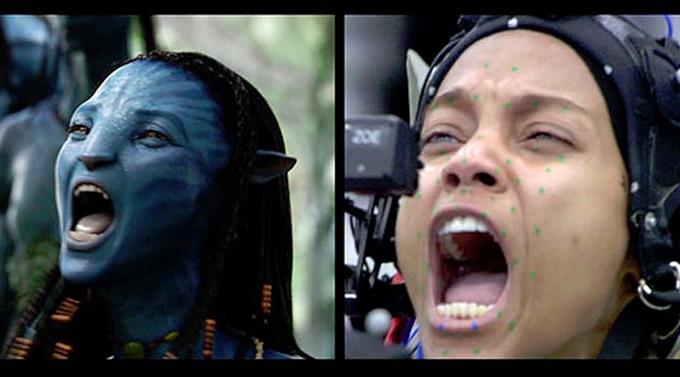 It would be quite amusing to see the Na'vis' expressions without their Smurf makeup and their cat heads. 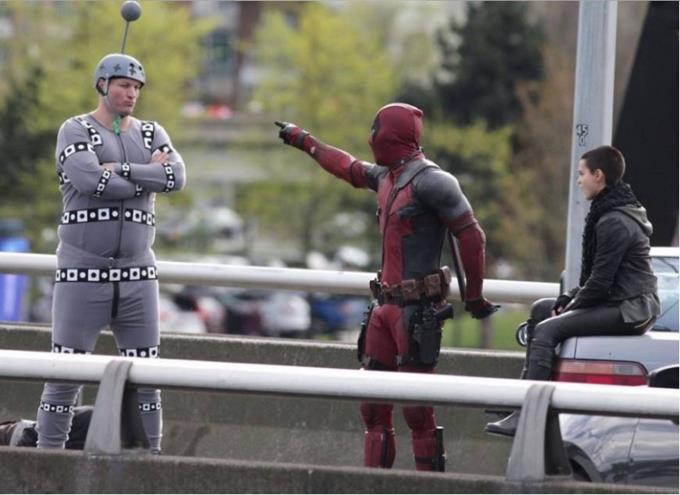 He remarked that for the most part, it was a mocap suit, but he prefers to not say anything.

4. The Desolation of Smaug 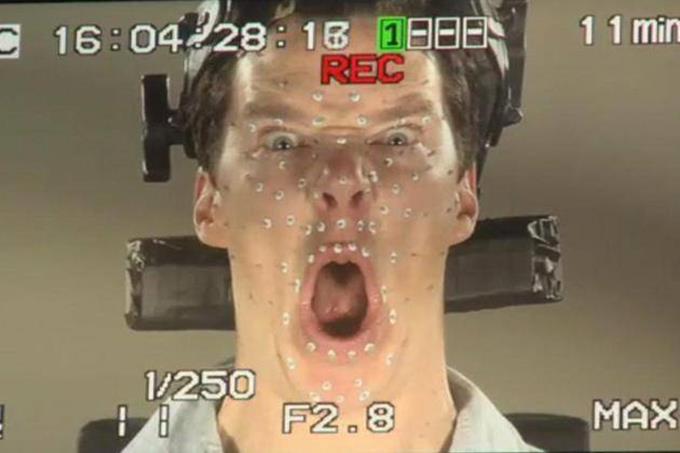 Immediately, the dragon seem a lot less scary. However, if the actor had the same voice...

5. Guardians of the Galaxy 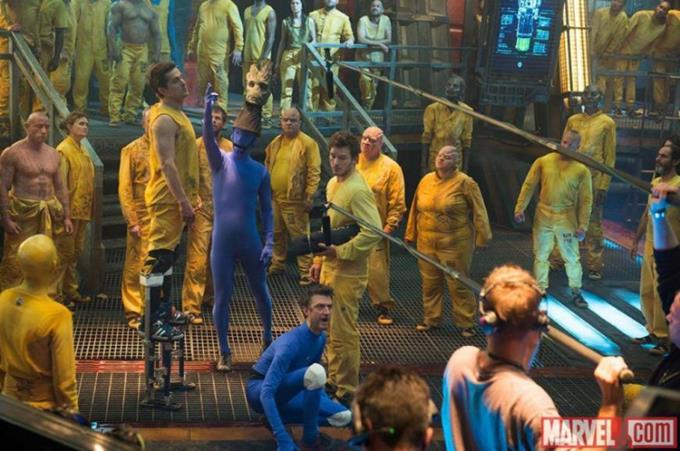 Here's a curious filming ritual: Groot's head was removed to be worn as a hat Apparently, the man in blue seems to want his comrade on stilts to feel something.

6. The Lord of the Rings 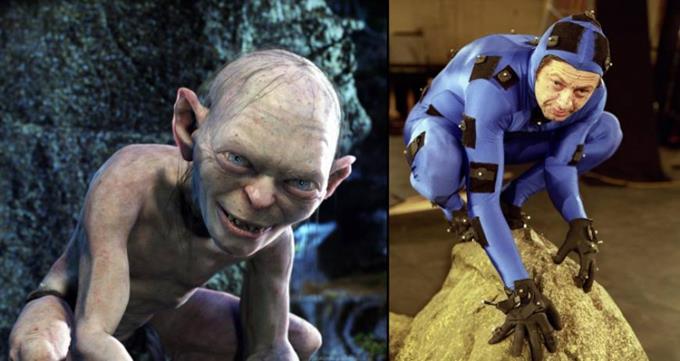 We don't know what's scarier, Gollum or the man on the right (Andy Serkis), who's playing around on a rock. 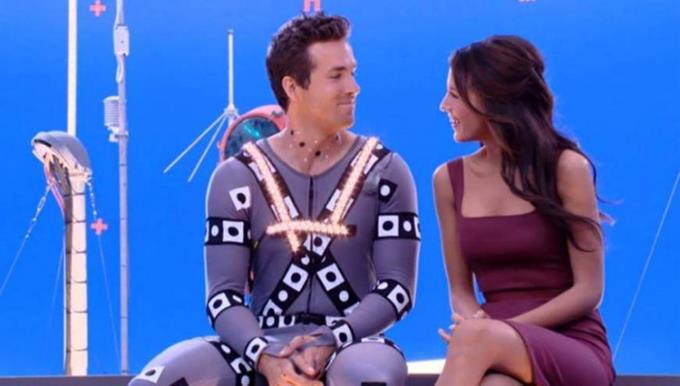 The film is already not famous in itself, so if we take away the special effects, it becomes frankly revolting! Give me back my money and the two hours I lost watching this movie. 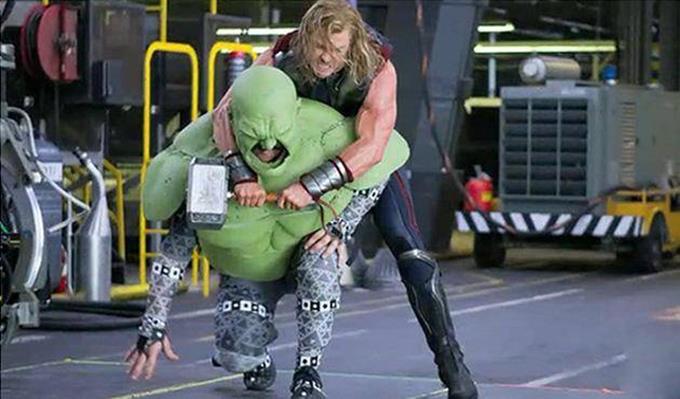 Hulk and Thor look cute playing horse. But we see the scene again in 5 minutes. Please take your place... 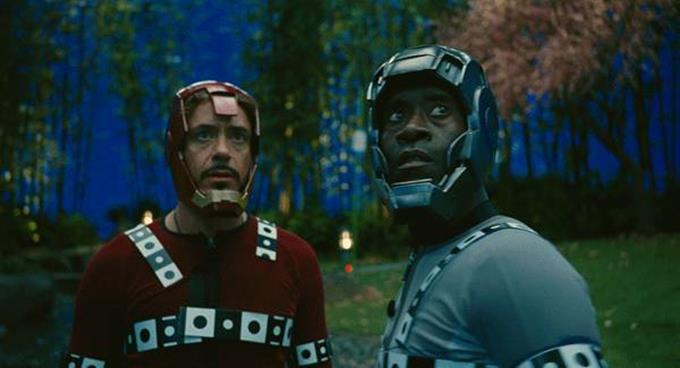 It's the crisis for Stark Industries, as there were only 2 Iron Man pajamas and helmets. It will have to tighten its belt and hope everything works out. 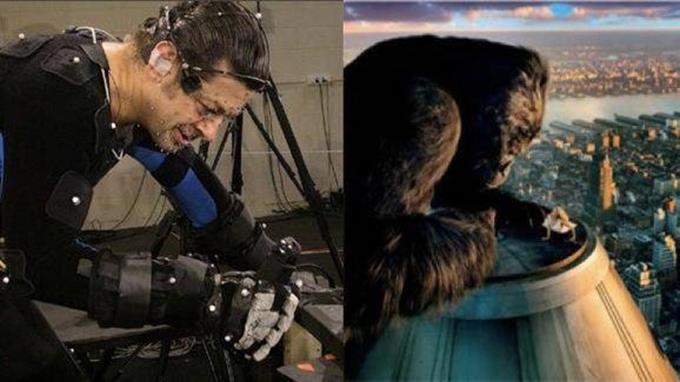 Andy Serkis again? This guy has a serious addiction to mocap suits, it's not possible! 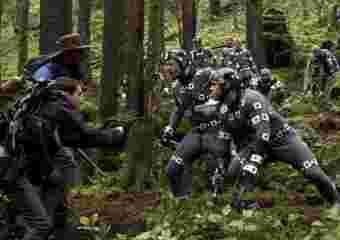 I think that you understand that if you need an actor to double as a CGI creature, you need to give Mr. Serkis a call. 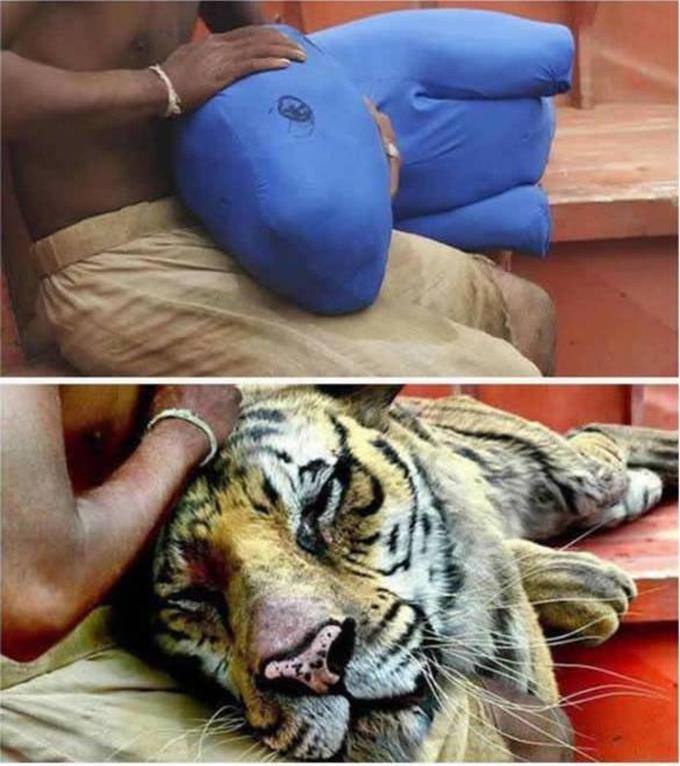 This one is a masterpiece. While watching the movie, I really had the impression he was dealing with a real tiger, not a blue stuffed animal.

13. Pirates of the Caribbean 2 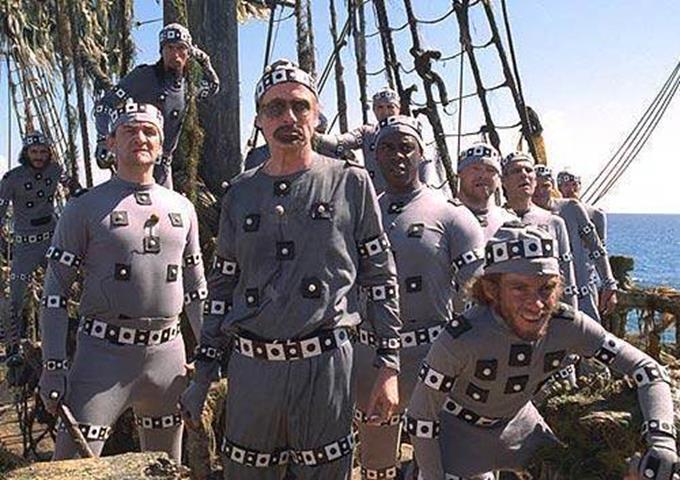 You have before you the crew of the famous Flying Dutchman. Now you know what Davy Jones looks like without his tentacles and crab pinchers.

It's fun to imagine the instructions they had to give poor Johnny Depp. And also to the guy in back, who didn't seem very comfortable with the idea of playing a big cockroach.

We knew he wasn't really flying, but seeing four people on land with blowdryers and fans gives it all a funny look. Go ahead Superman, take a seat! 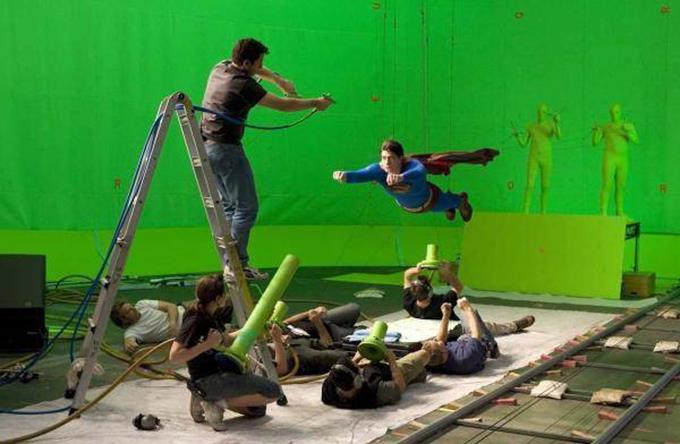 We knew he wasn't really flying, but seeing four people on land with blowdryers and fans gives it all a funny look. Go ahead Superman, take a seat! 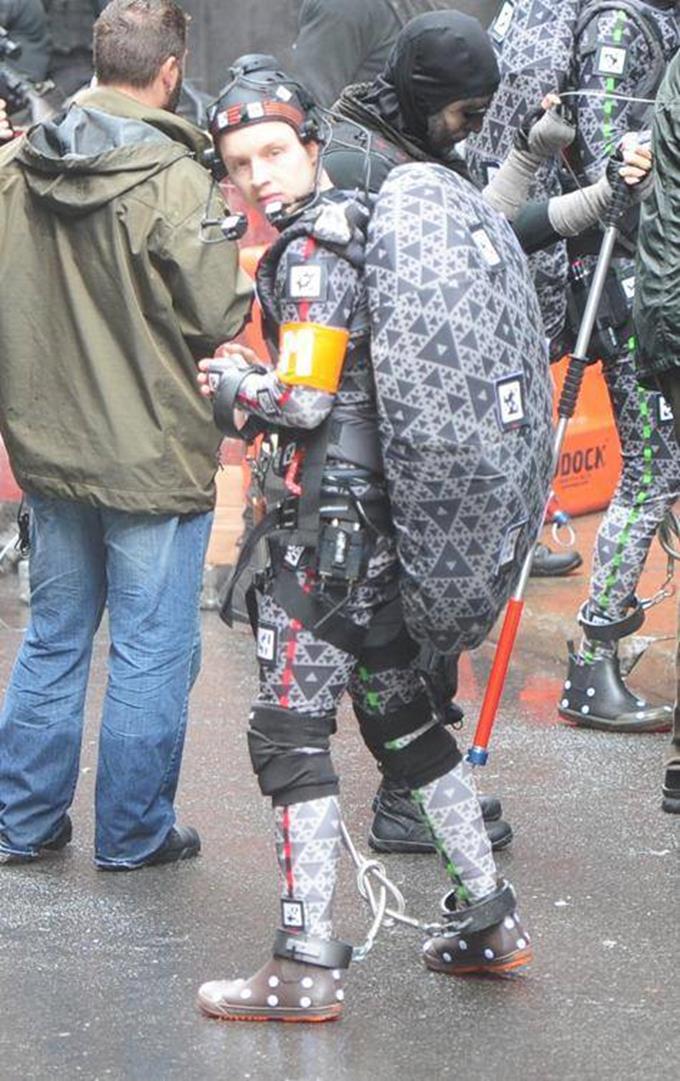 As fans, we remain convinced that these turtles without special effects are always better than those imagined by Michael Bay. We want mutant turtles. Not what results from the Hulk raping a frog. 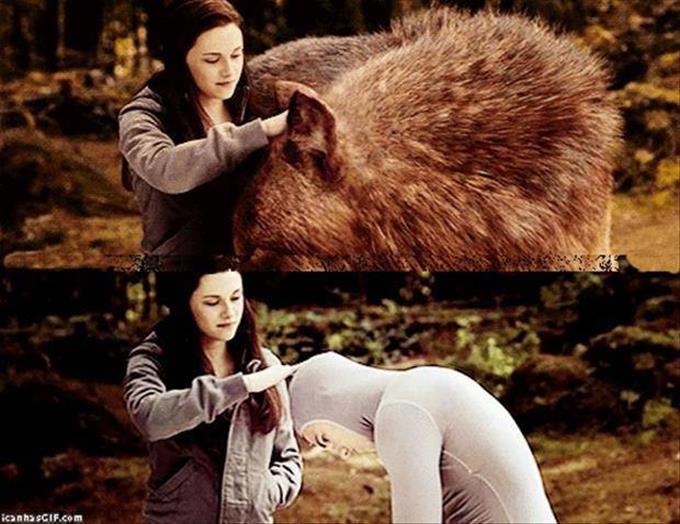 Or how to transform a film teeming with feelings into a comical and completely offbeat movie. We require this version right now. 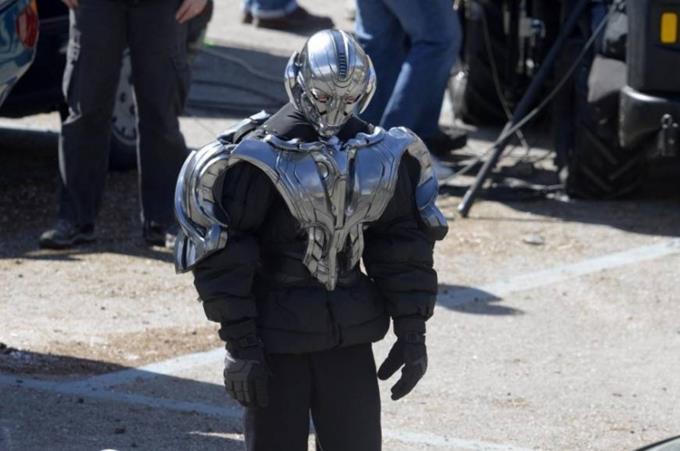 Immediately, Ultron seems less threatening. As if it isn't enough to be an ultra-sophisticated robot, he also has to go to the gym from time to time. 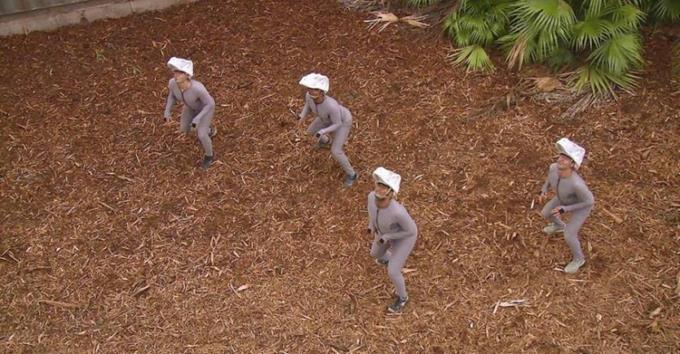 It's no wonder that the Raptors are so smart. They took 3 teenagers and had them put on costumes. They must have roughly the same intelligence as real dinosaurs!