Bringing old family photos back to life is a trend that isn't new, but it’s one that never gets old.

Going back through old photo albums and seeing each other again as children always brings back a few laughs and a lot of nostalgia. Some people take it a step further and have some fun reproducing their childhood snapshots, trying to be as faithful as possible, and the result is even more fun.

Here are 20 photos of people who recreated their childhood snapshots while having a lot of fun.

1. He’s planning an emotional trip down memory lane for his mother on her birthday…

3. A bunch of brothers and sisters who haven’t lost their sense of humor 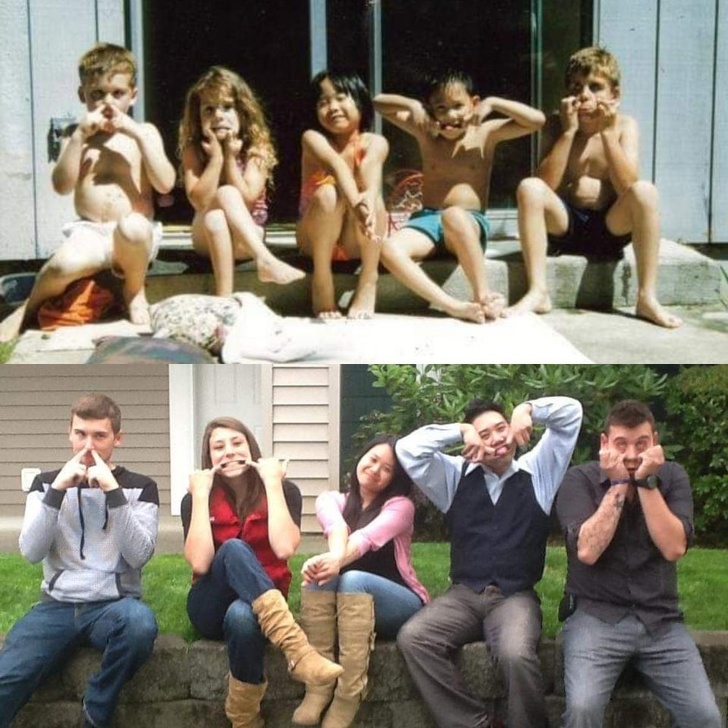 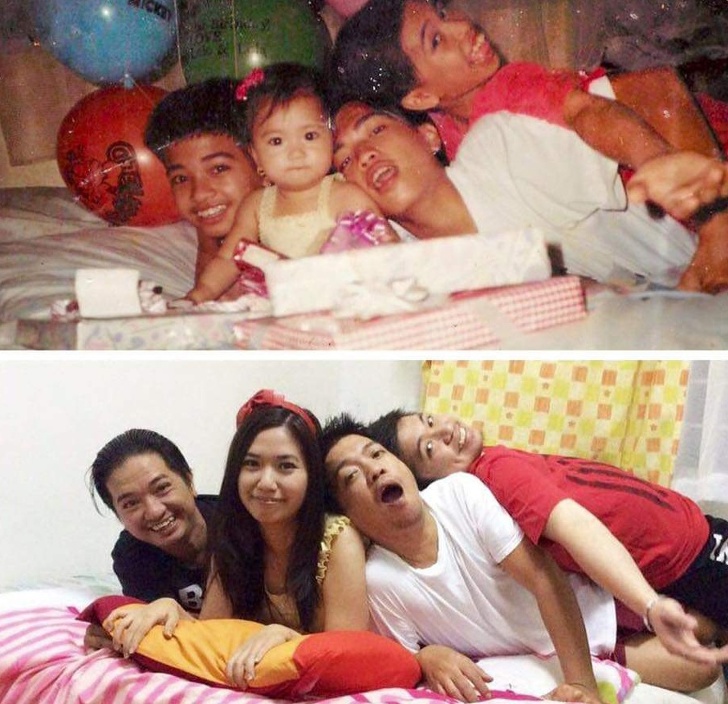 5. “For my mom’s 60th birthday, my brothers, my cousin, and I recreated a photo from my first day of kindergarten.” 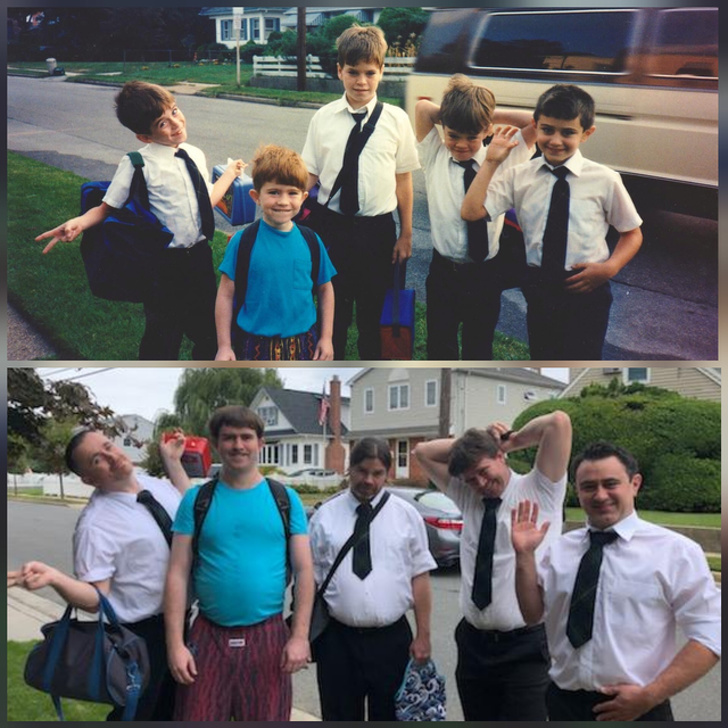 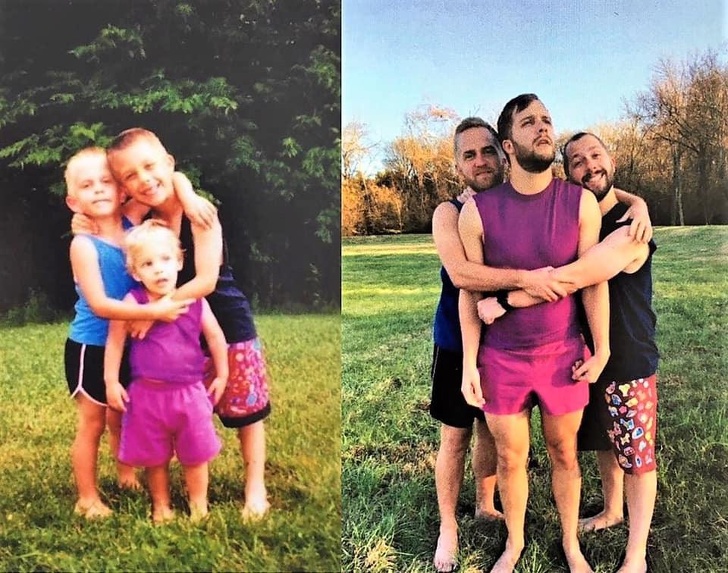 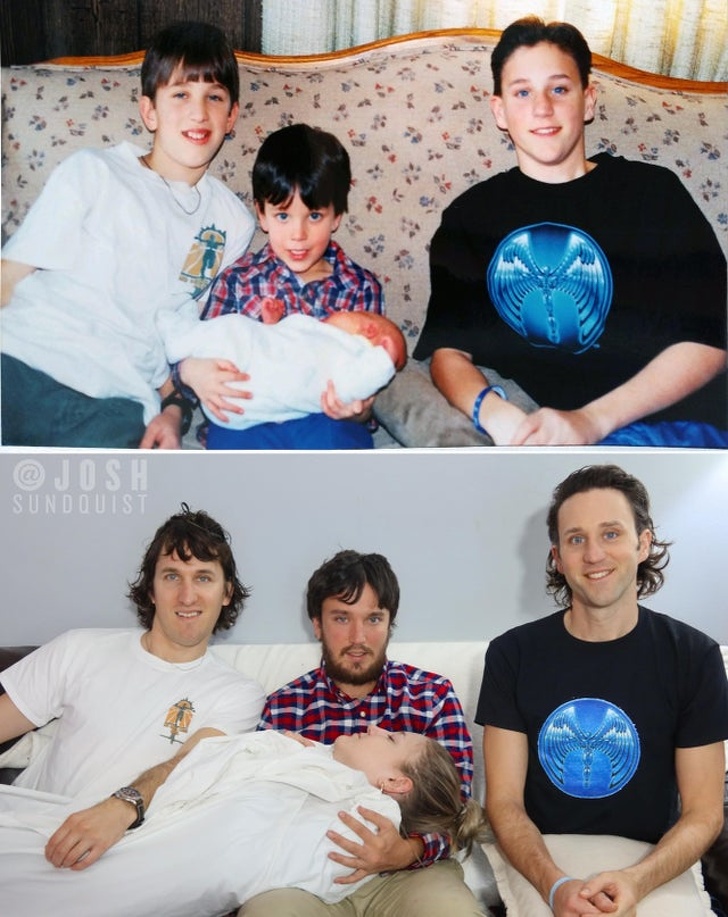 8. One couple discovered that they already had similarities as kids… 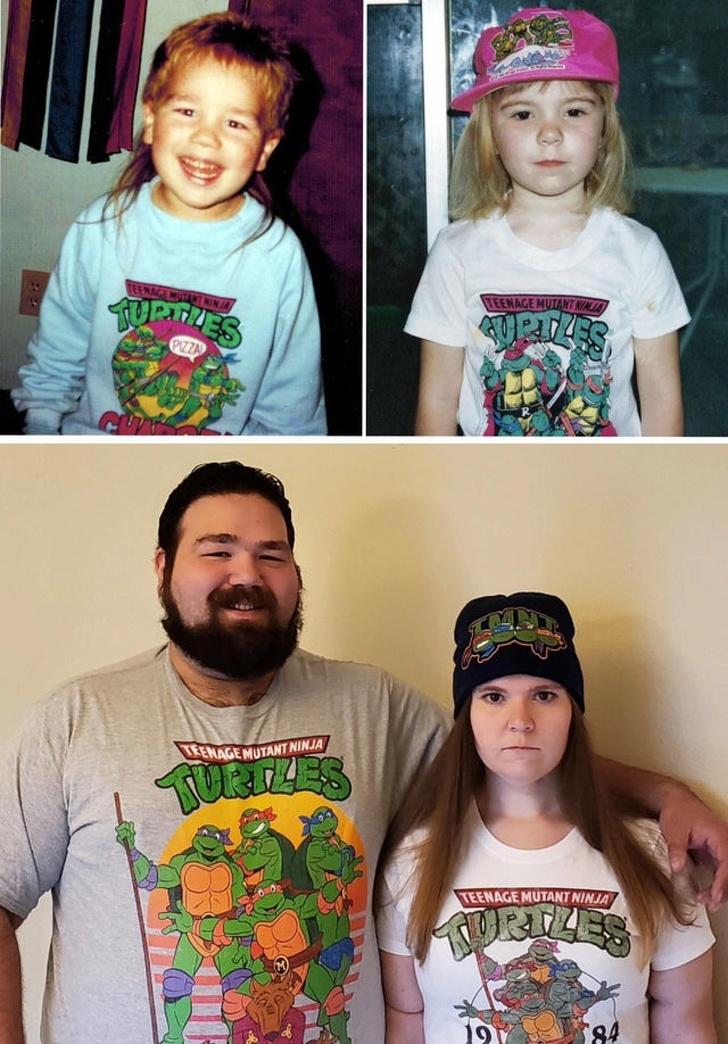 9. They were able to find the same clothes as before… 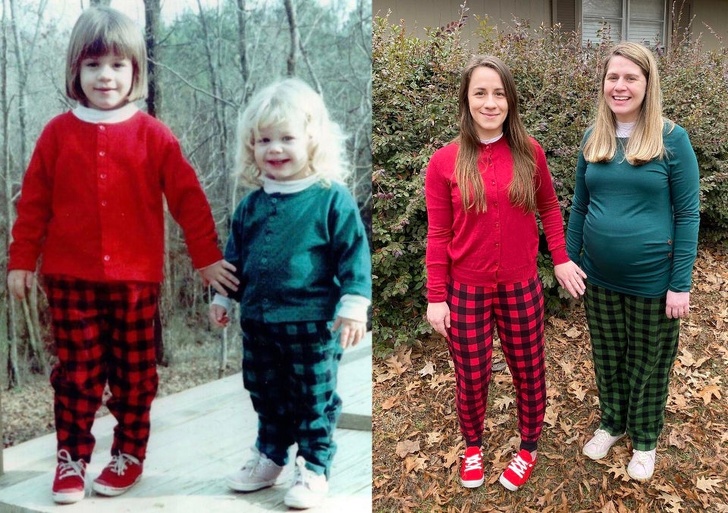 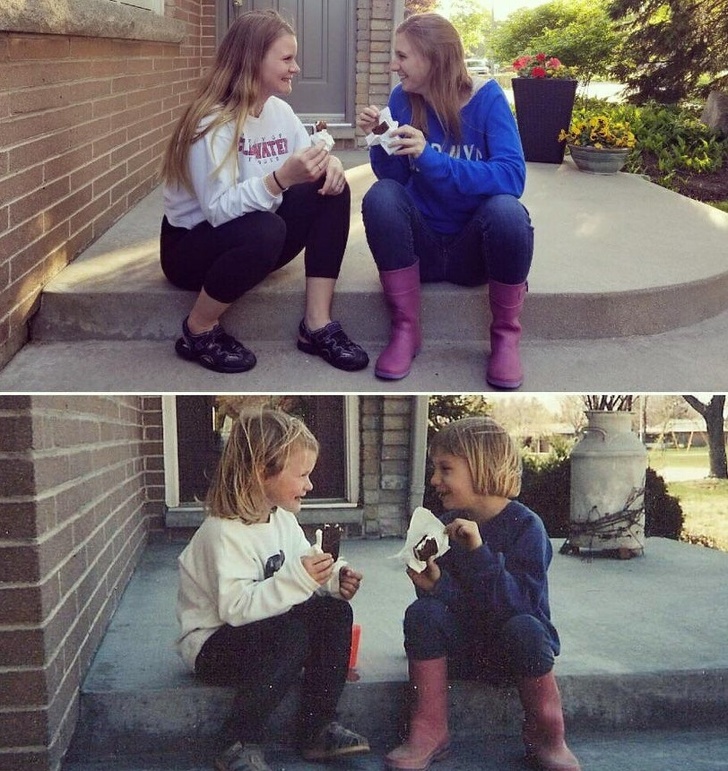 11. The joys of Christmas 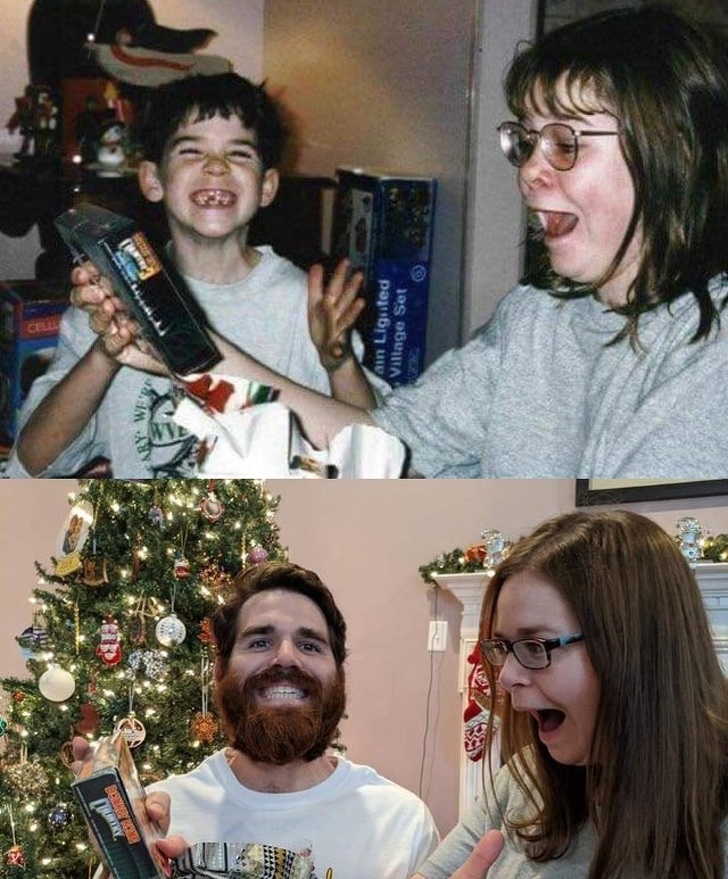 12. Everyone has grown in their own way. 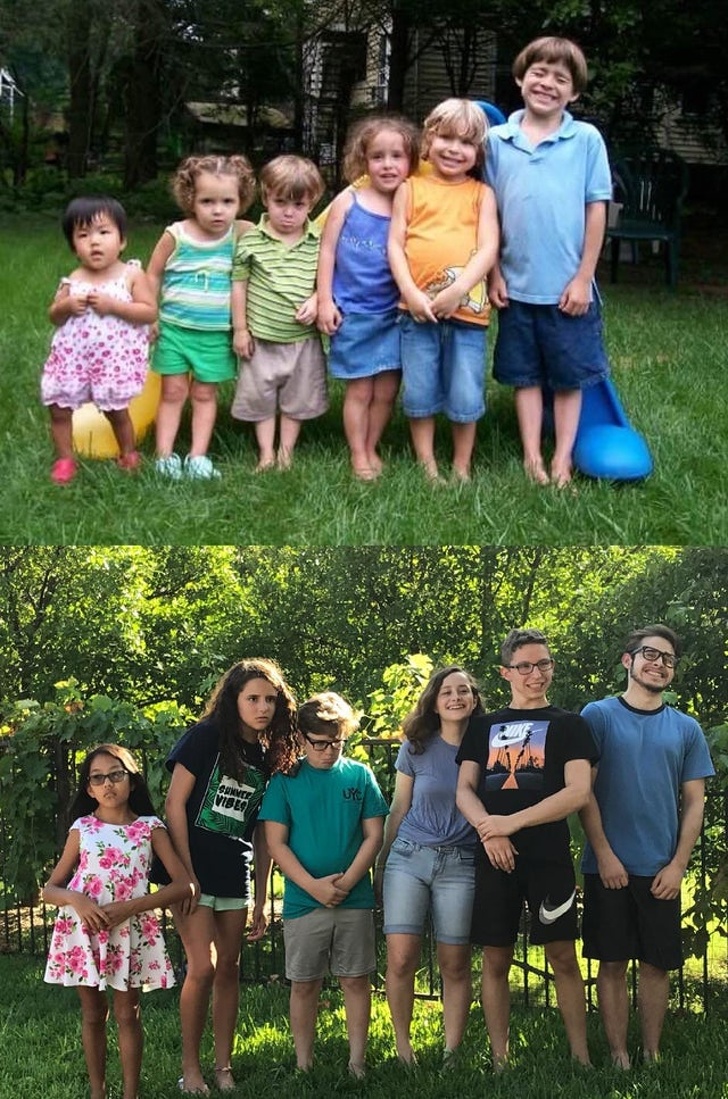 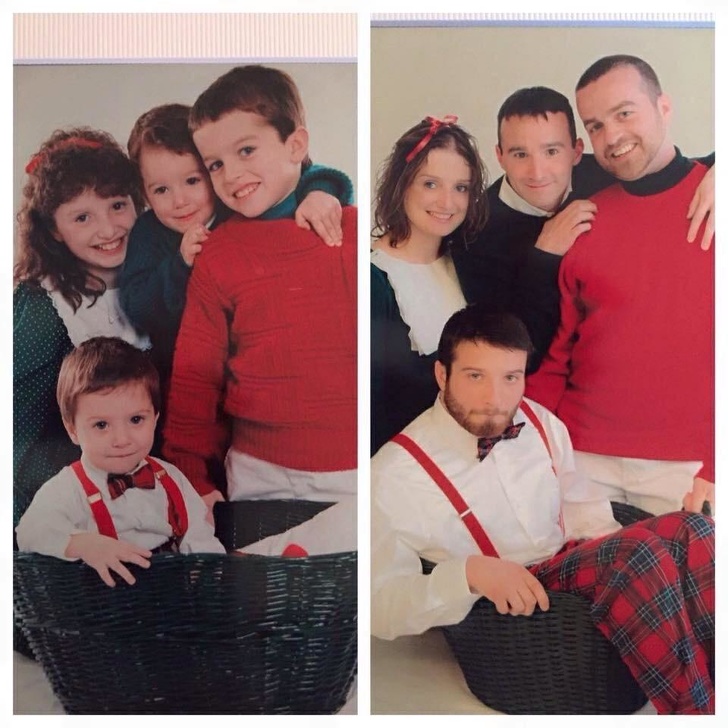 15. They have grown up in the meantime. 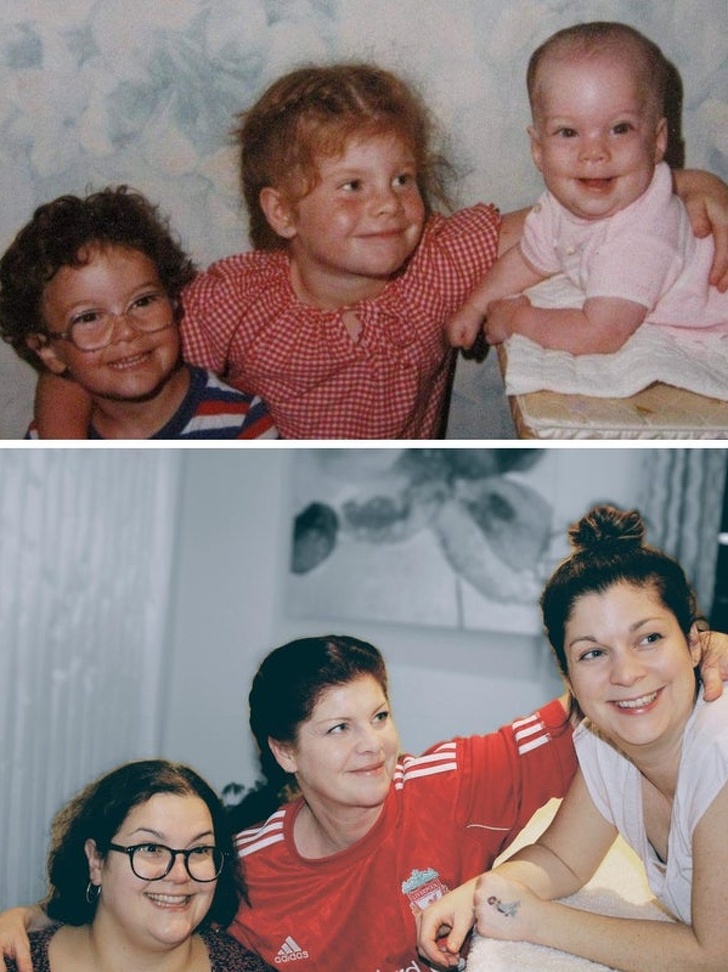 16. The first day of elementary school compared to the last day of college 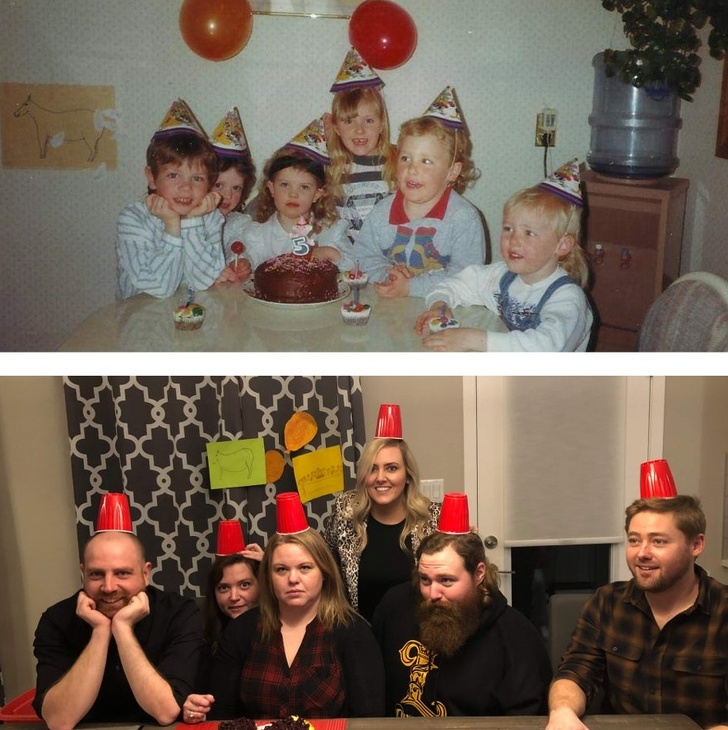 17. The whole family poses together. 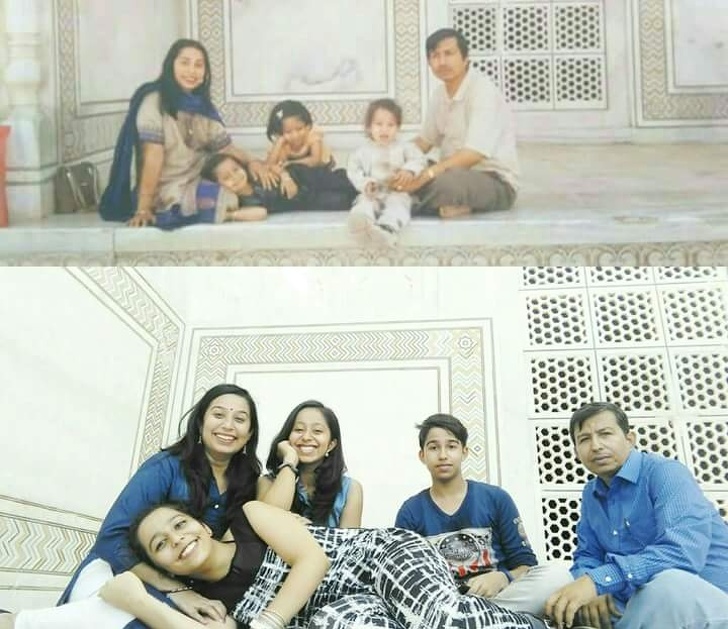 18. Things haven't changed much for this guy. 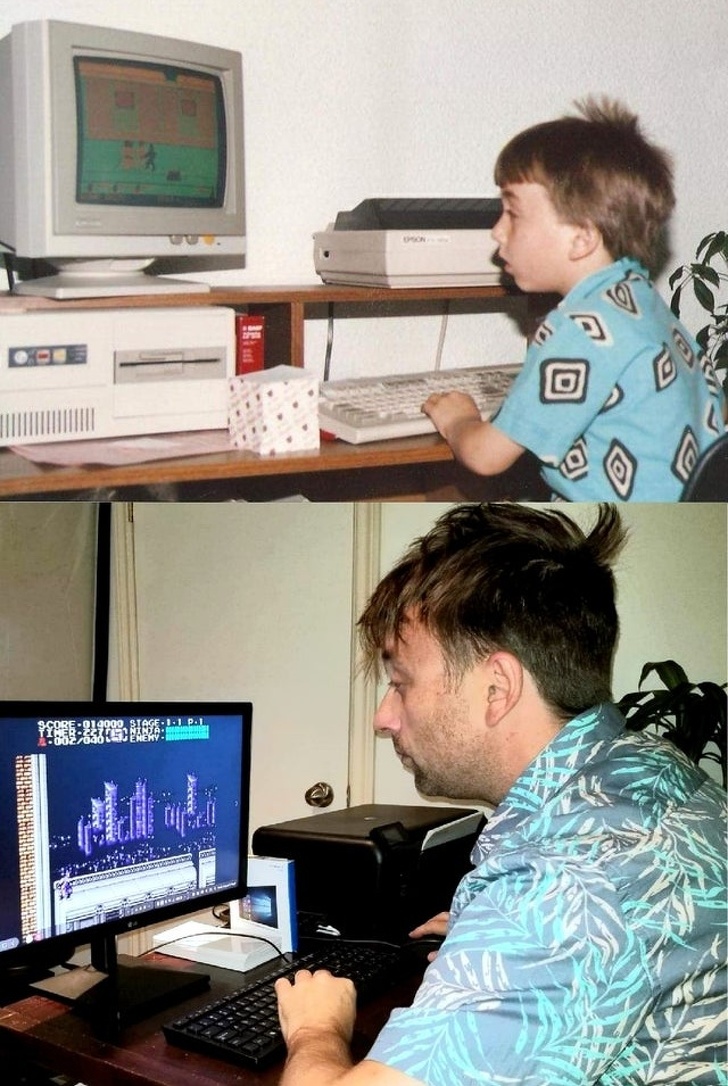 19. One way to celebrate Christmas 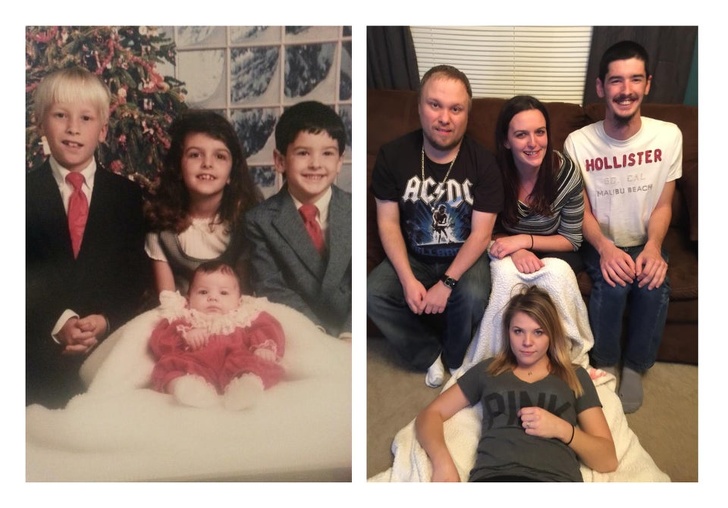 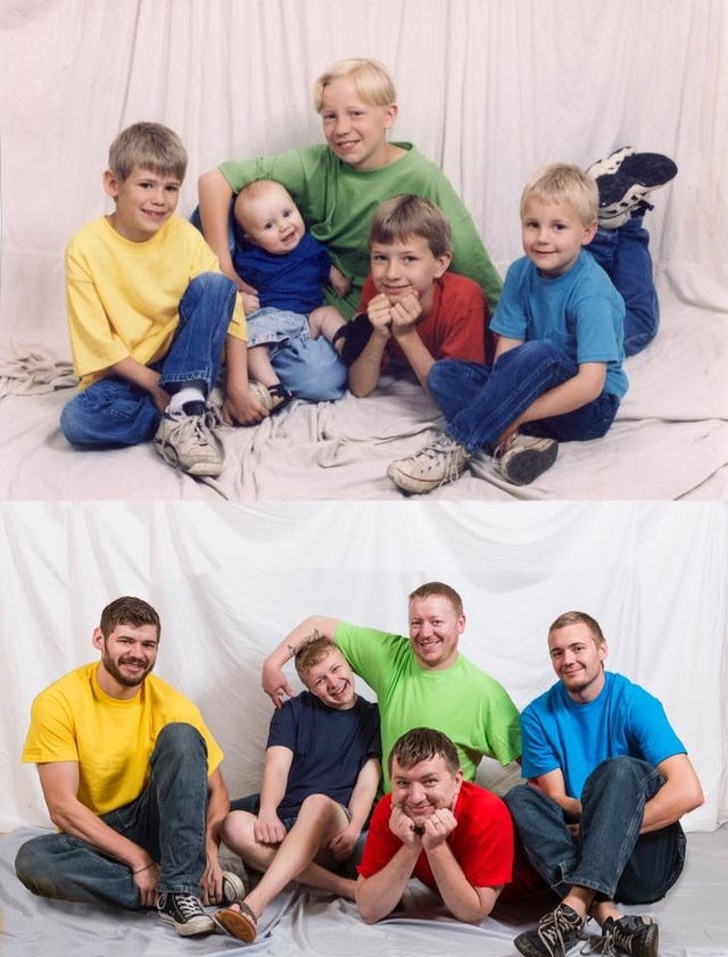