“There are two ways of spreading light: to be the candle or the mirror that reflects it.” This quote is from Edith Wharton, and it sums up humanity pretty well. We can be on either side: be the person who rekindles life in another and be their smile at the same time. We can show them that we aren’t afraid of anything.

Living life by this quote, it is possible to restore confidence in the people around us, or anyone who is suffering. There is hope in this quote, which should encourage us to always do everything we can for each other. That was the case with the people below, whose good deeds should be recognized and honored.

1. When you play a superhero to comfort sick kids in the hospital… 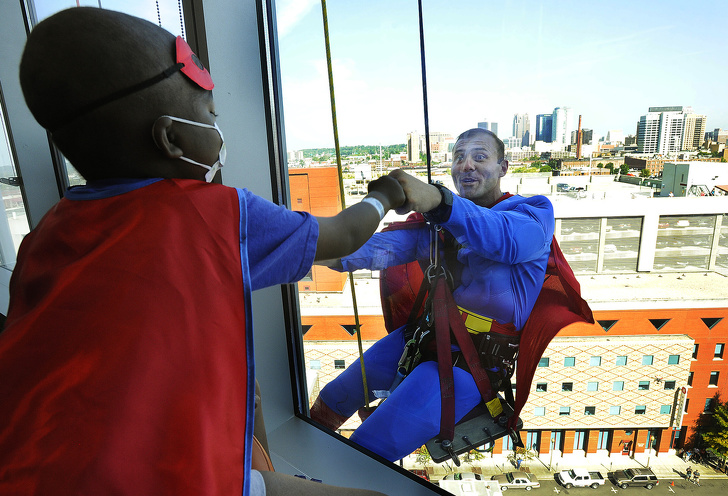 2. You can only have compassion for this child offering you a lollipop.

3. A policeman helps a homeless man by giving him food to eat. 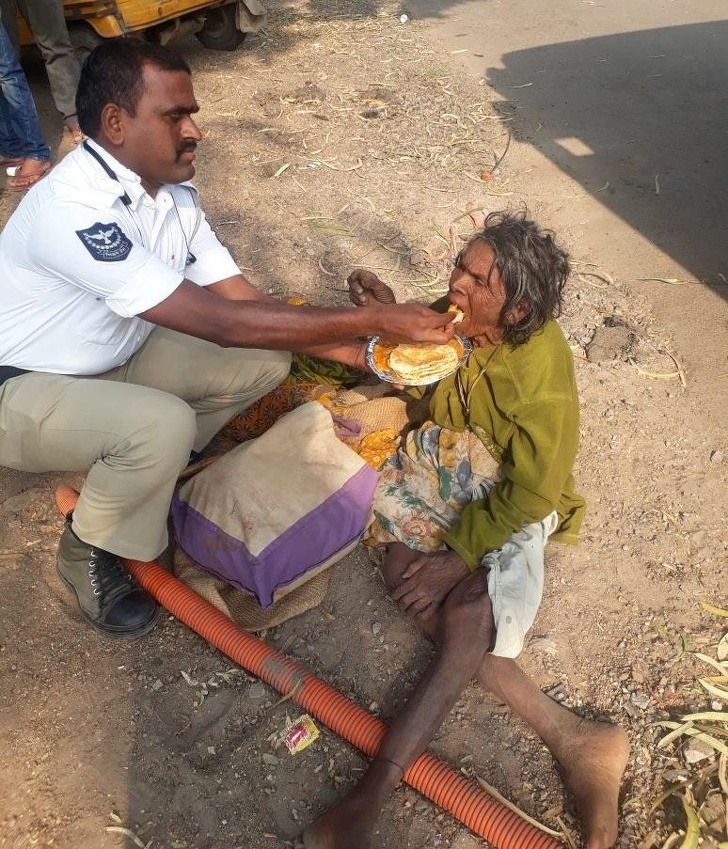 4. This guy is a true gentleman who offered his shoes to a lady whose heel broke. 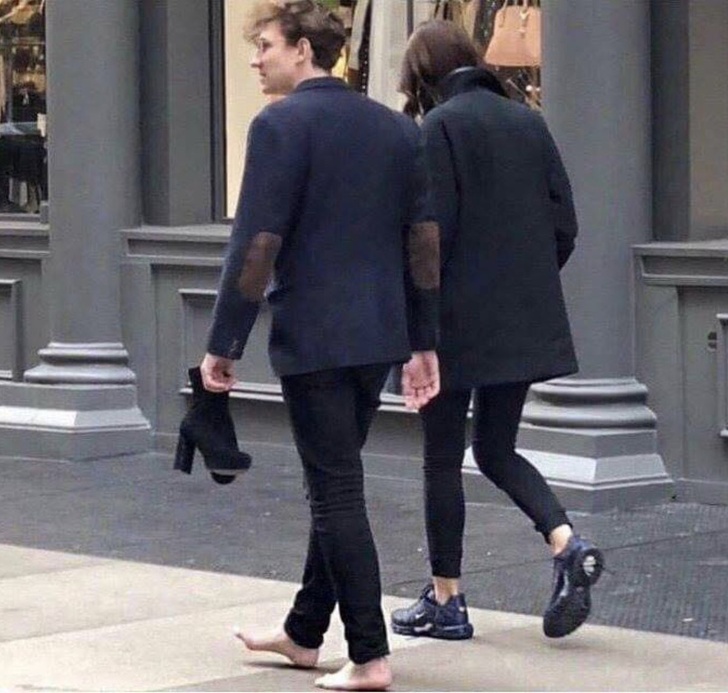 5. “An elderly man in my neighborhood had a heart attack while shoveling snow in his driveway. The paramedics took him to the hospital - and then came back to finish his shoveling.” 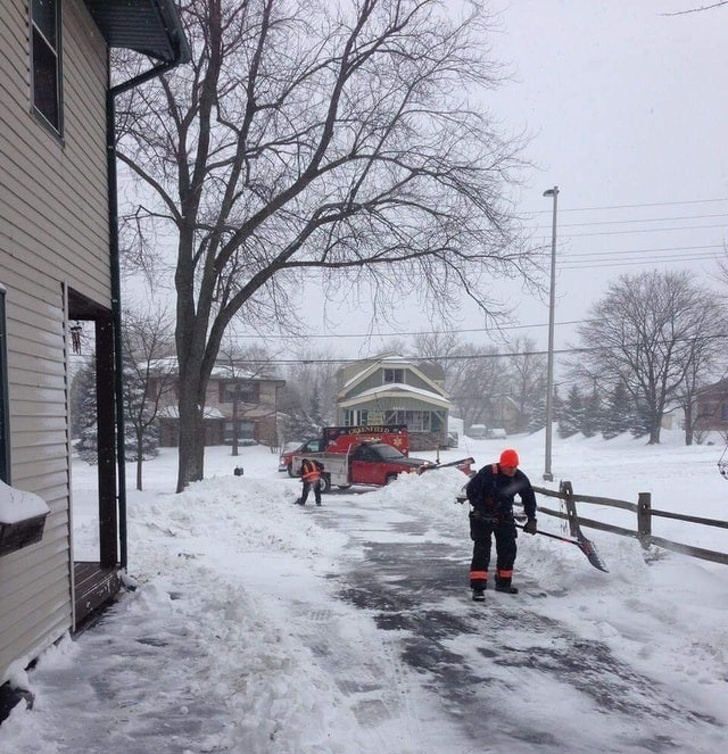 6. Anyone can take the clothes other people hang on this wall! 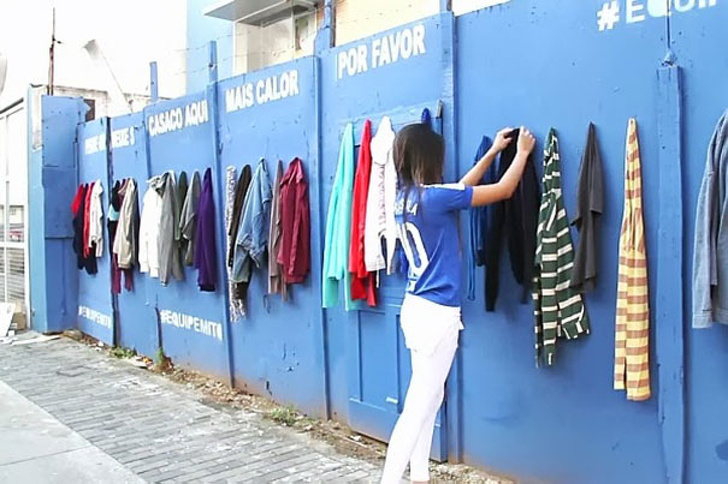 8. Special swings for children in wheelchairs… 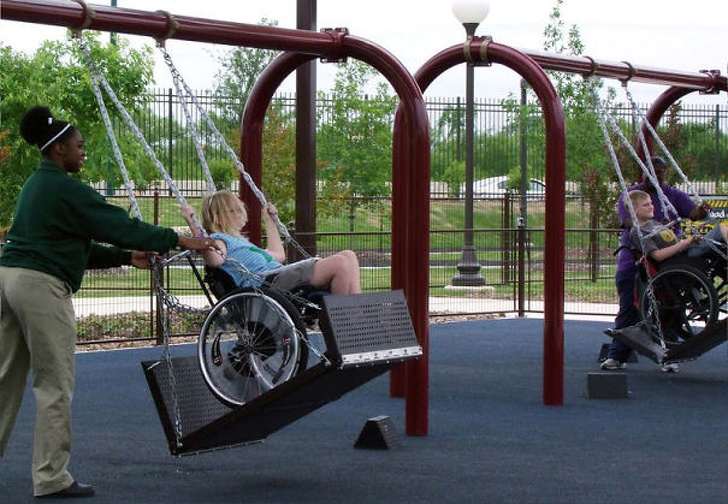 9. At 3 years old, Jake was abandoned in a burning house... today he works with the fire department. 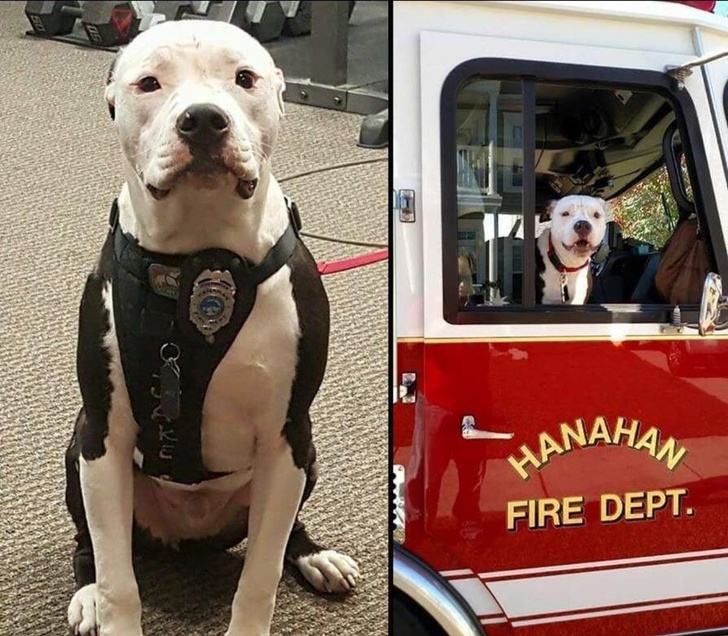 10. This firefighter administered oxygen to a cat and saved its life. 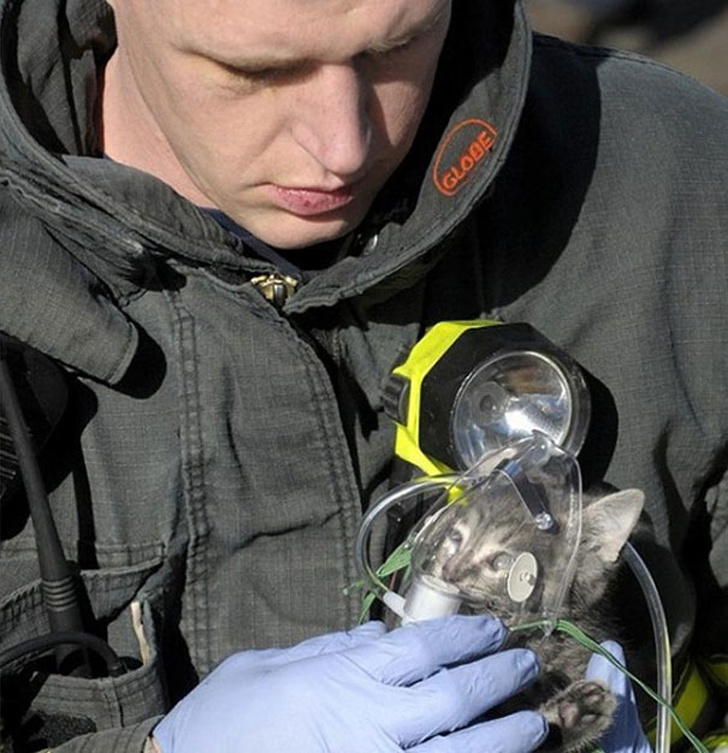 11. This Syrian refugee offers food to homeless German people as a way to pay back the hospitality given to him. 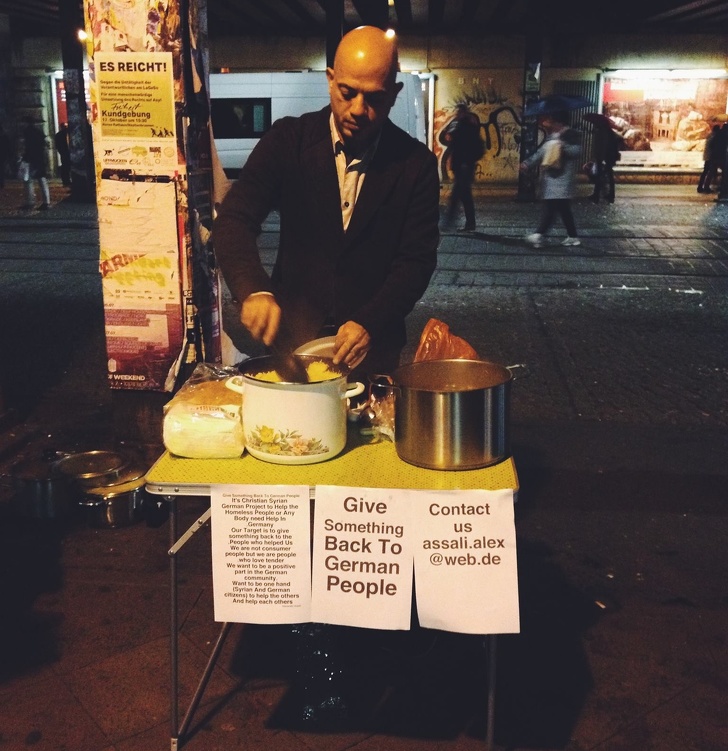 12. This 20-year-old designed a way for homeless people to do their laundry. 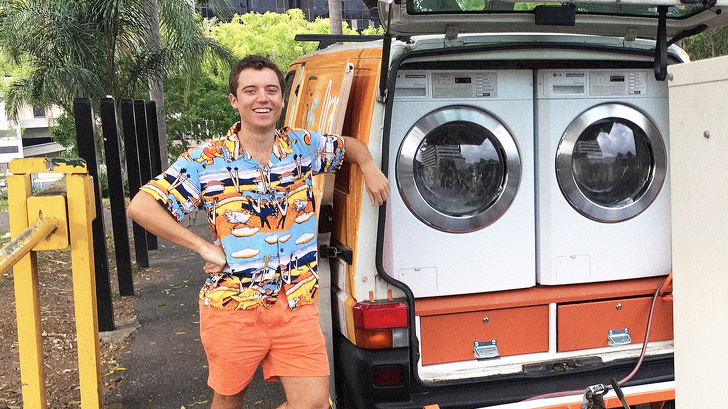 13. This college professor volunteered to babysit for one of his students during his final, because the babysitter canceled at the last minute. 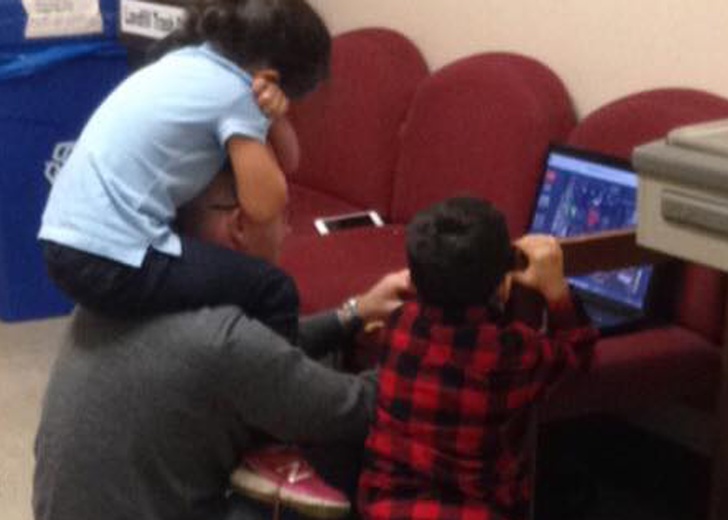 14. This young musician volunteered his time and talent for sick people. 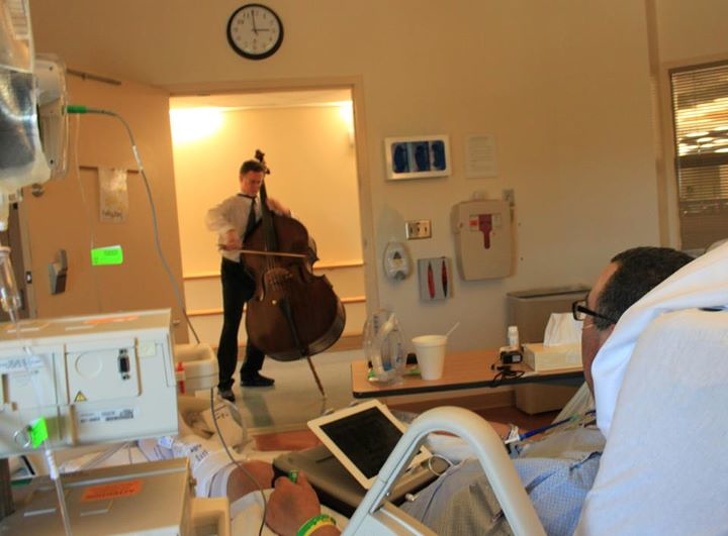 15. Christopher was so overwhelmed to see his favorite band that he had a panic attack. So… the band got down on the ground to lay with him until he was better! 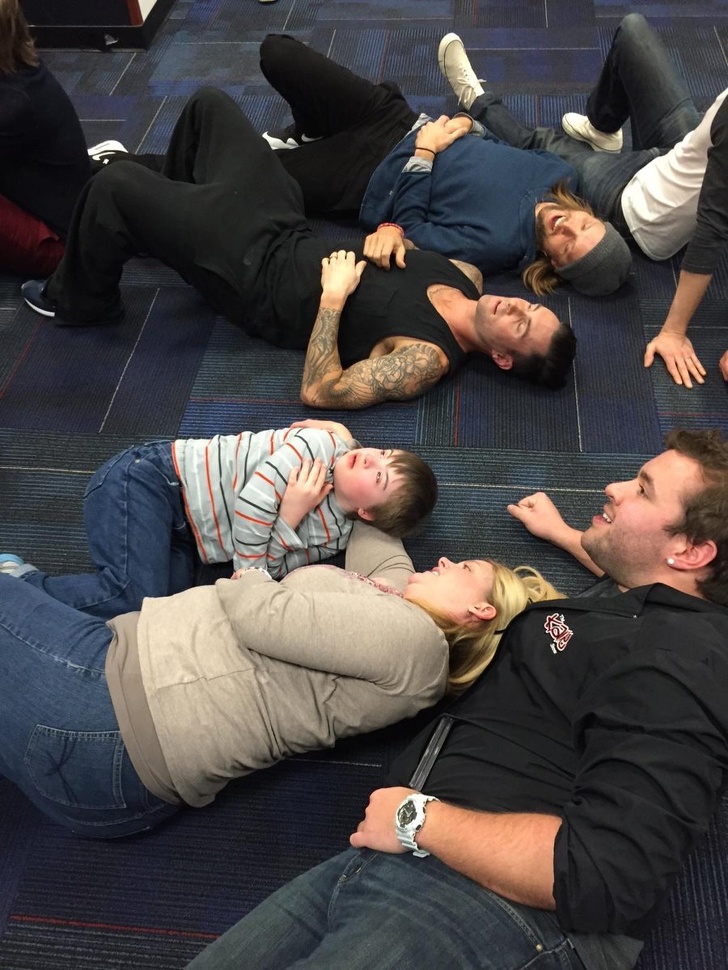 16. There are no words to describe this heartbreaking image. 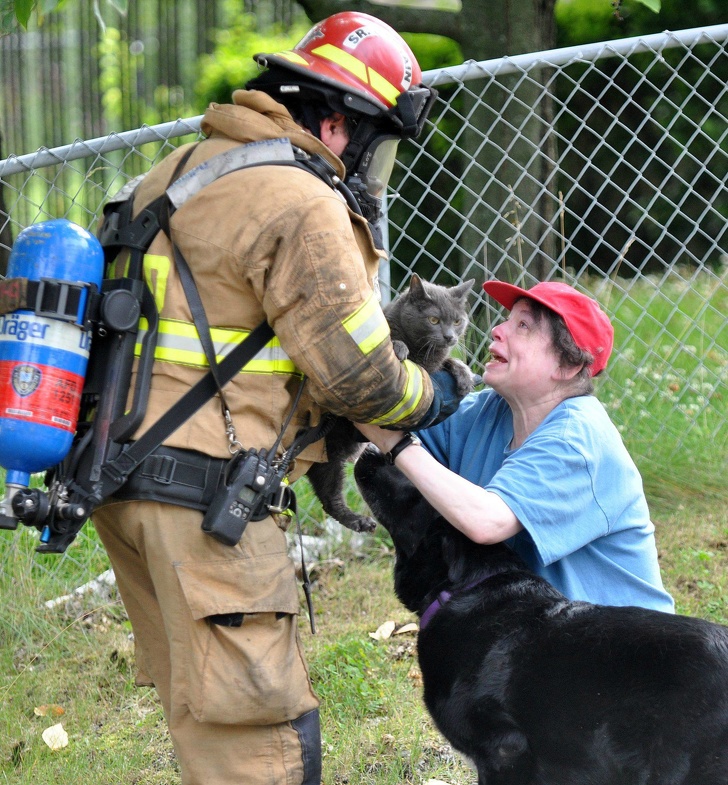 17. A mother was rushed to the hospital, so the paramedics made dinner for her 5 children – and even did the dishes. 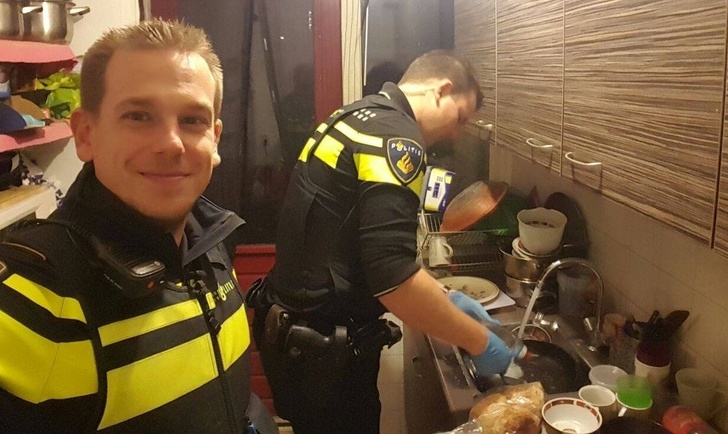 18. To save this woman's life, a policeman handcuffed her. 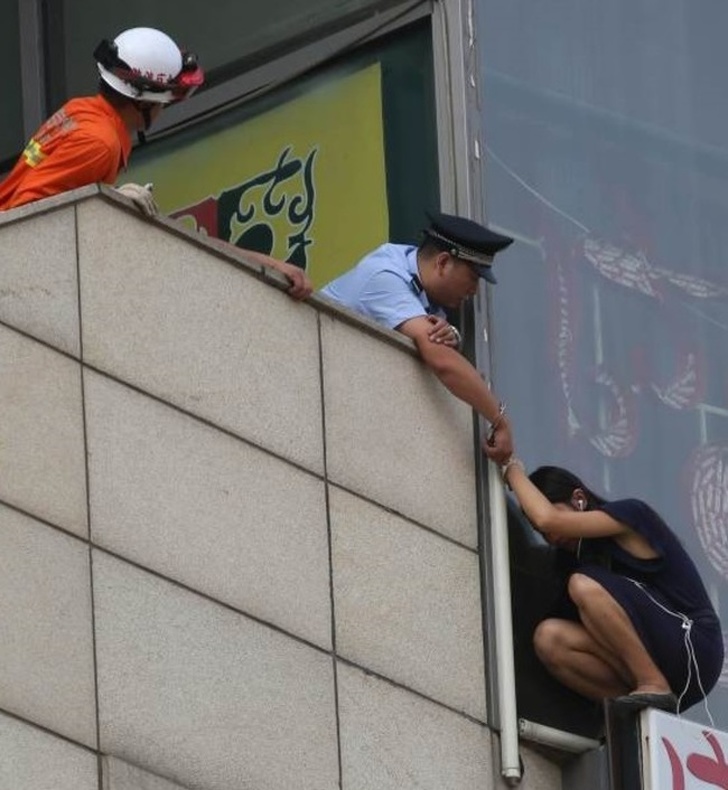 19. This boy was upset because he was in last place. So, the other boy waited for him so they could cross the finish line together. 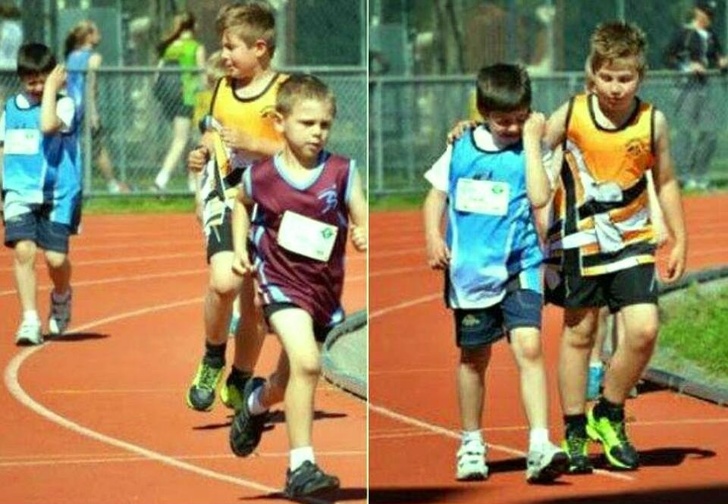 20. A kangaroo saved by a man in Australia… 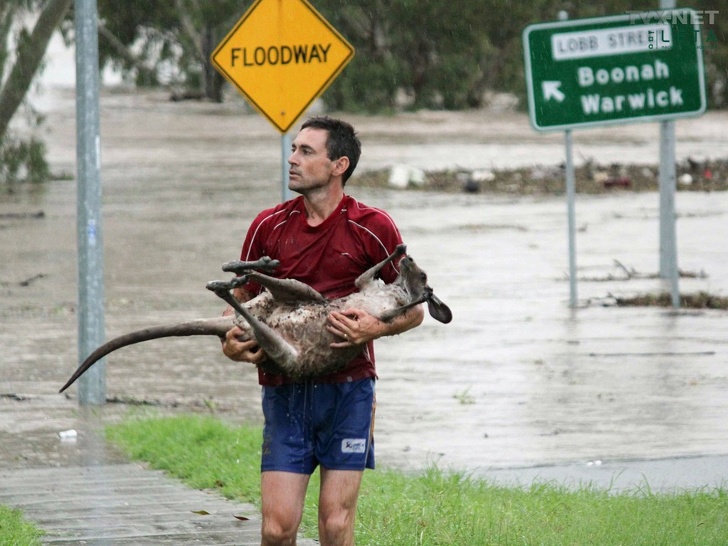