Then-and-now pictures always bring back many memories of the past. This series of family photos is proof.

In order to show how people have changed and remember times past, people like to recreate old family photos. These kinds of photos are always heartwarming and satisfy the need to reminisce about old times.

Here are 20 then-and-now photos for those who treasure fond memories.

1. Mother and daughter wearing the same dress at the same age 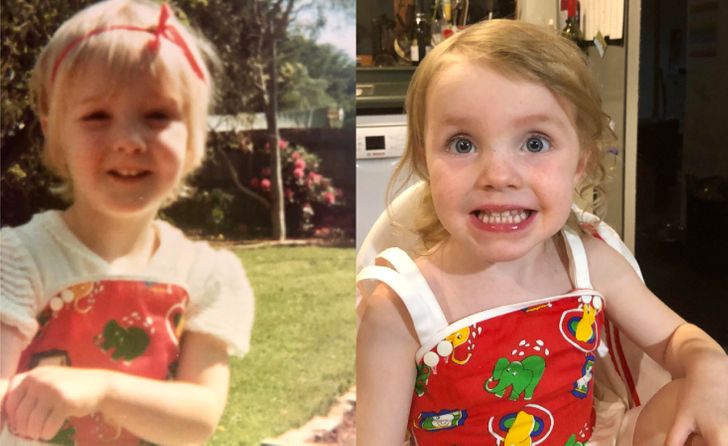 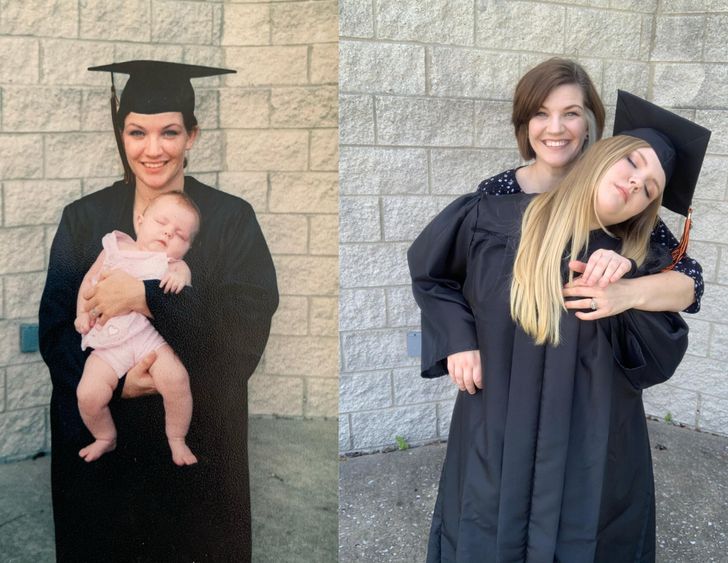 3. This guy recreated a picture of himself when he was little, playing with a cricket. As an adult, he doesn't seem to like them so much. 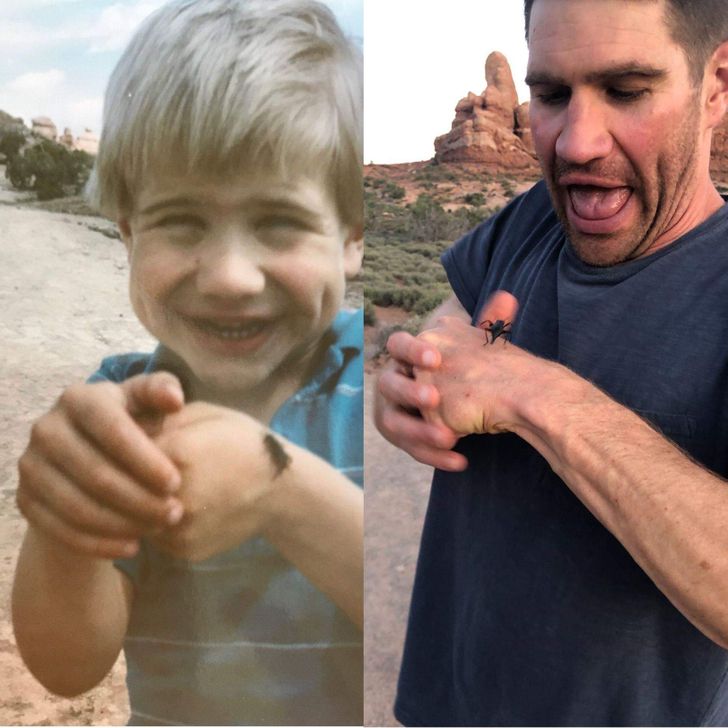 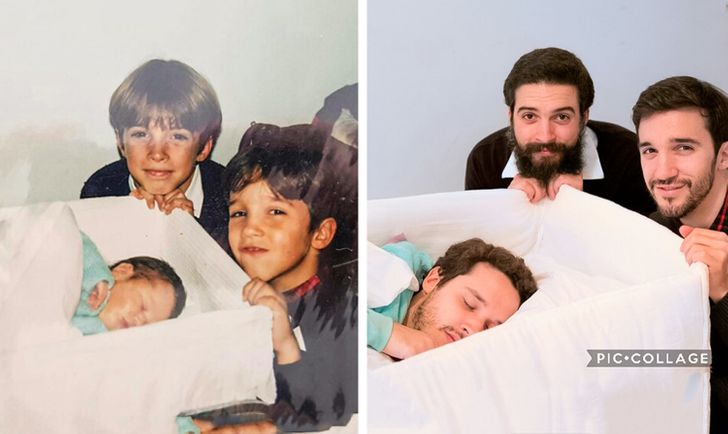 5. “To honor my dad on Father’s Day, I’ve recreated some photos that he took on a trip to Amsterdam.” 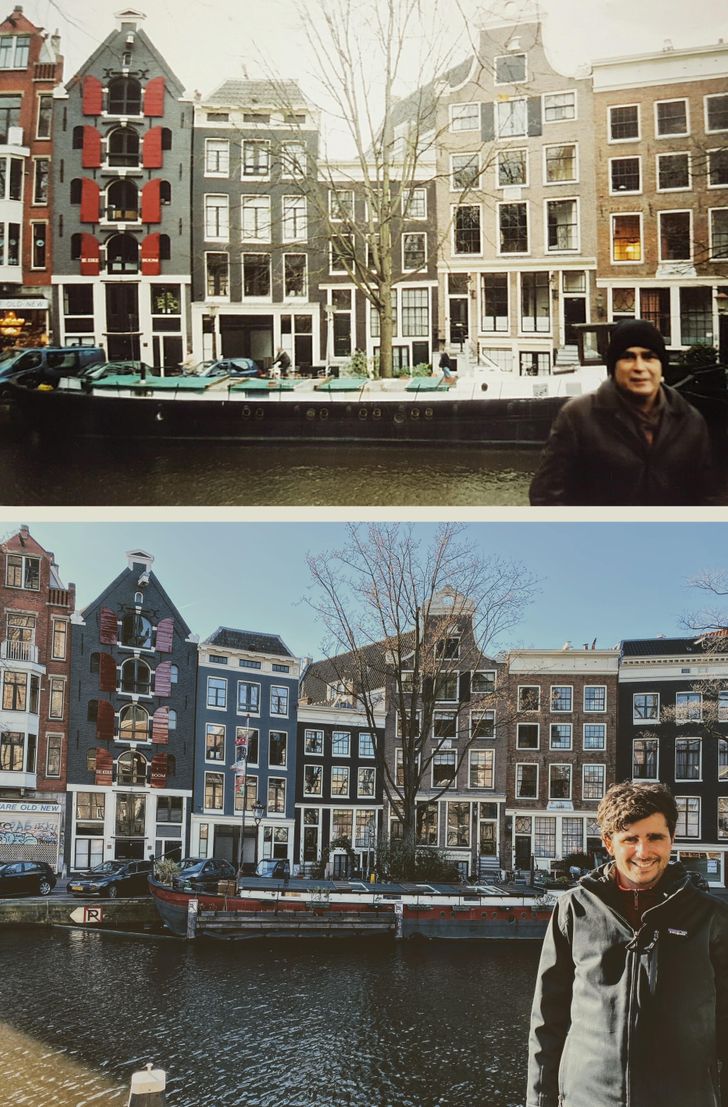 6. Two friends growing up together 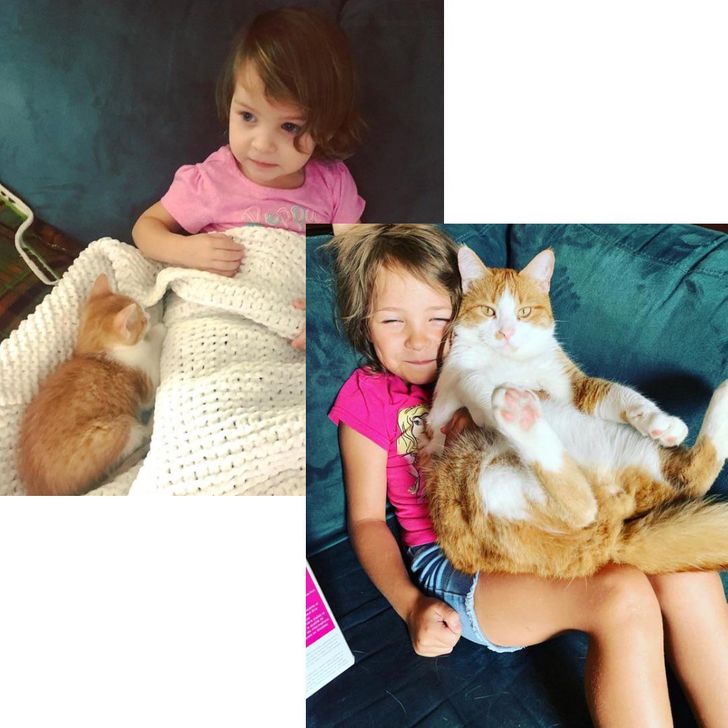 7. Twenty years later, and nothing seems to have changed. 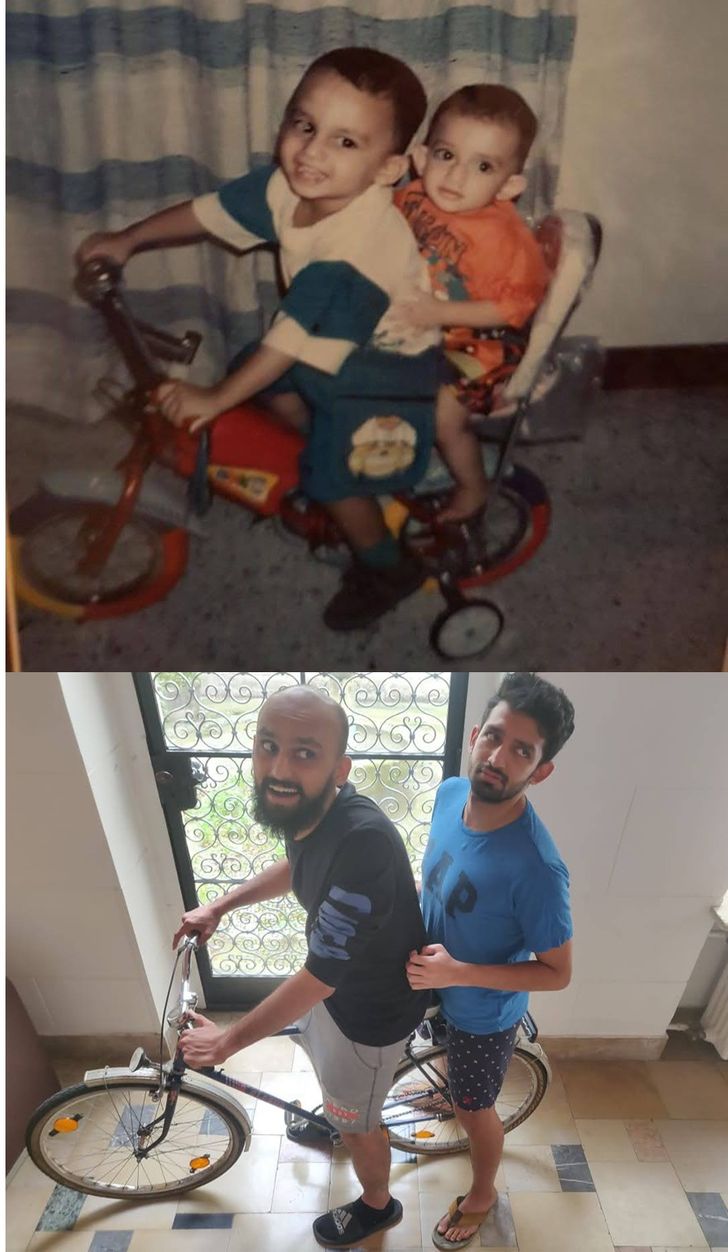 8. For their 17th anniversary, they decided to recreate an old photo taken during their wedding. 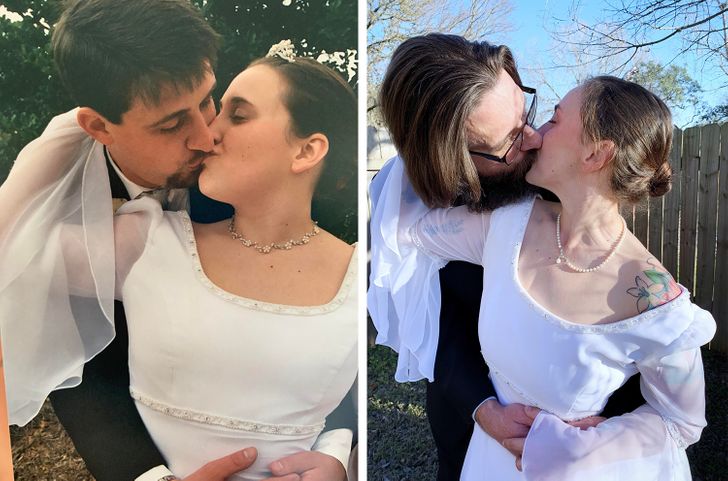 9. A mom who decided that there’s no better way to celebrate her 60th birthday 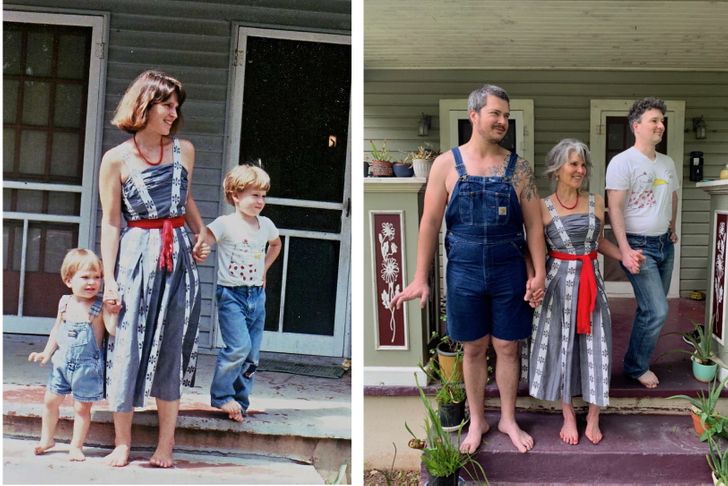 10. Cousins having fun recreating a photo from 16 years ago 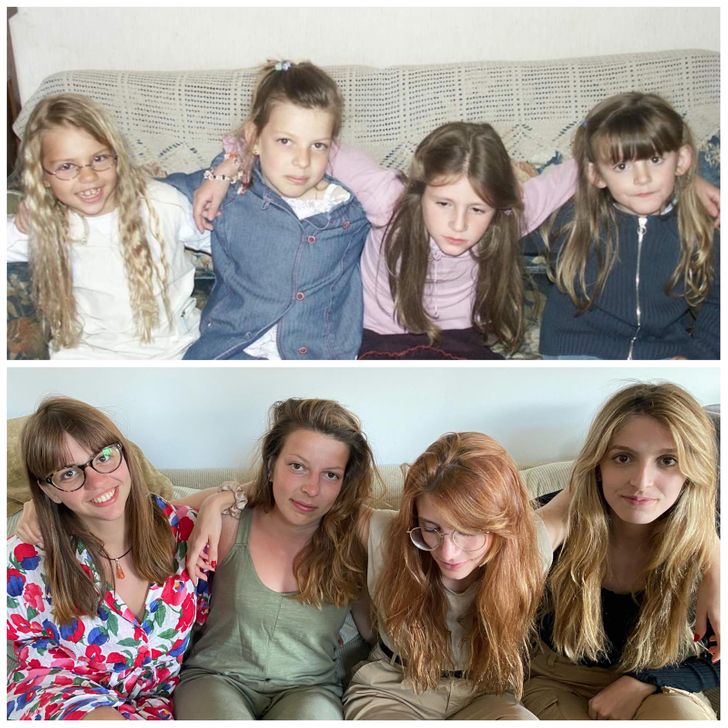 11. A then-and-now photo of siblings and cousins 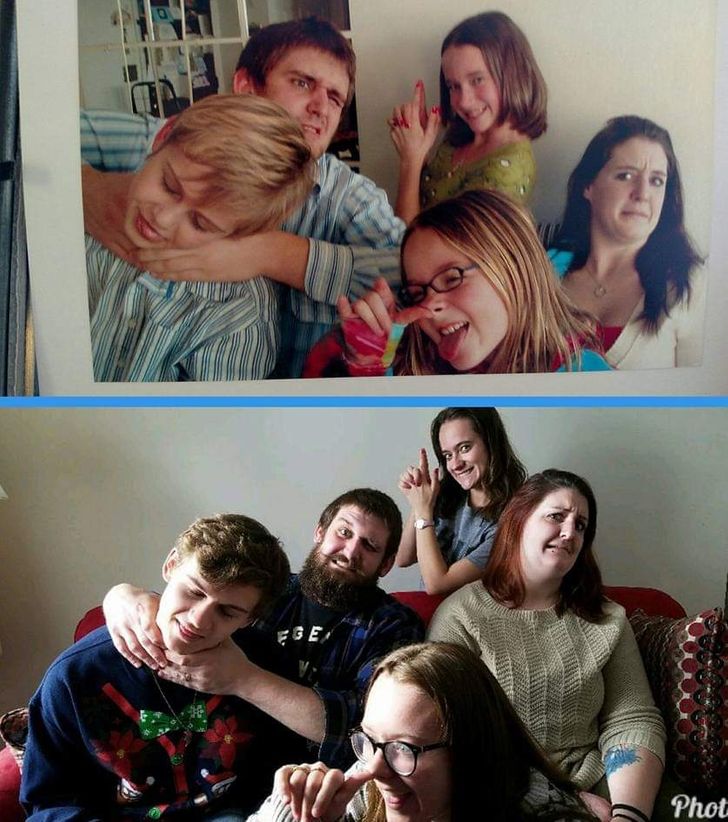 12. He found the shirt his father wore in this picture, and then he wore it for a picture with his son. 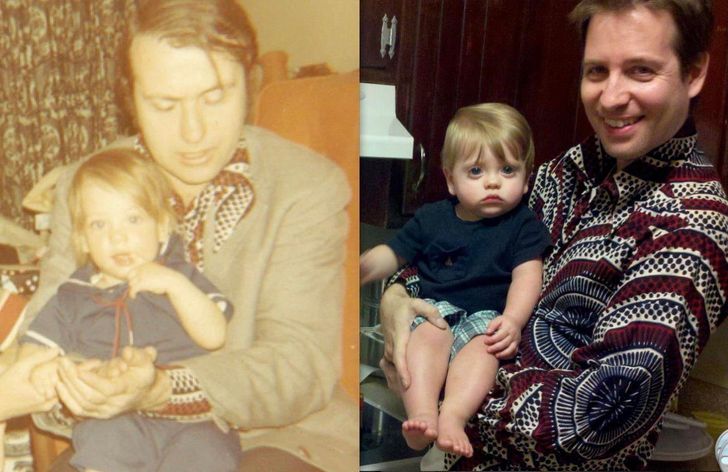 13. The smiles haven't changed at all… 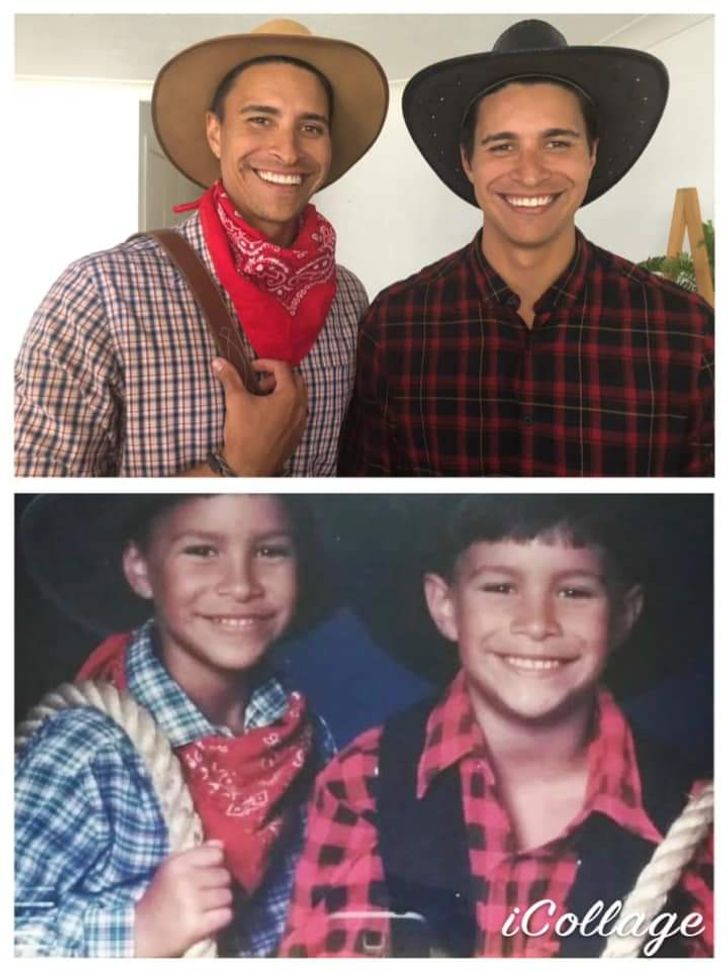 14. They went to the exact place where the photo on the left was taken. 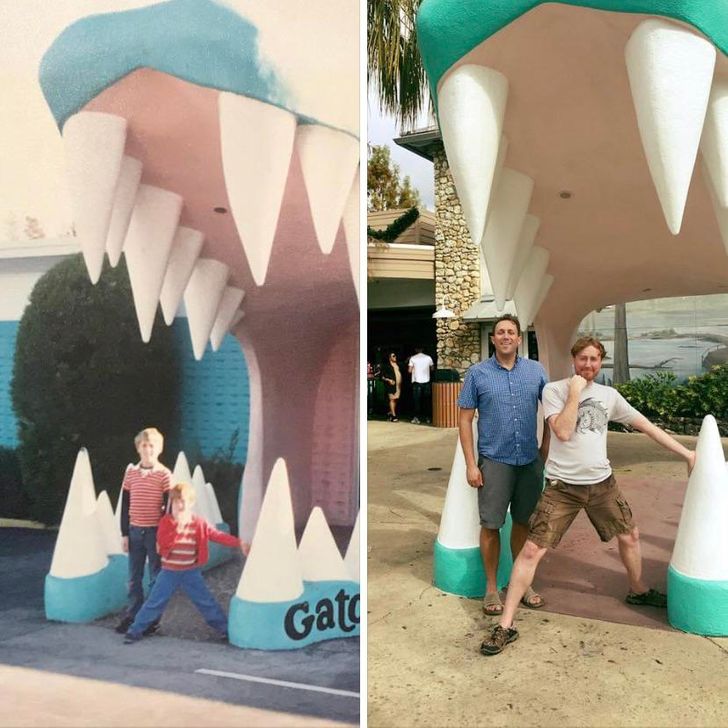 15. Their son just turned 18, so they decided to recreate one of his first photos. 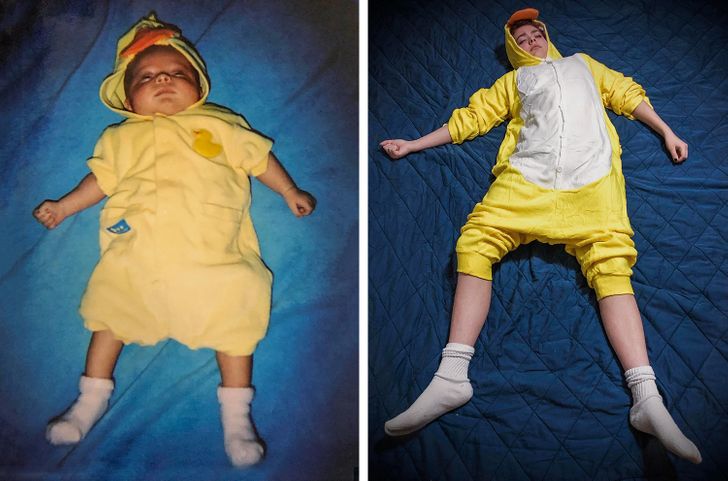 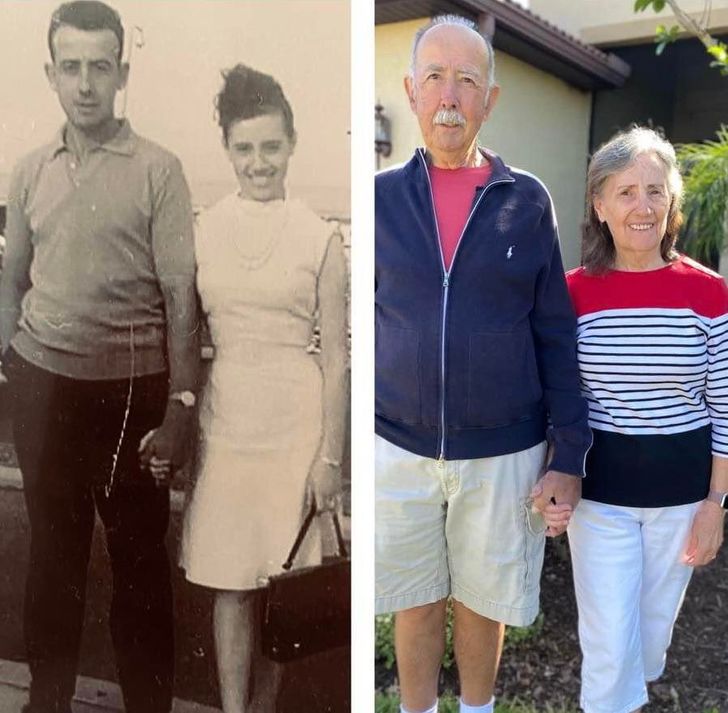 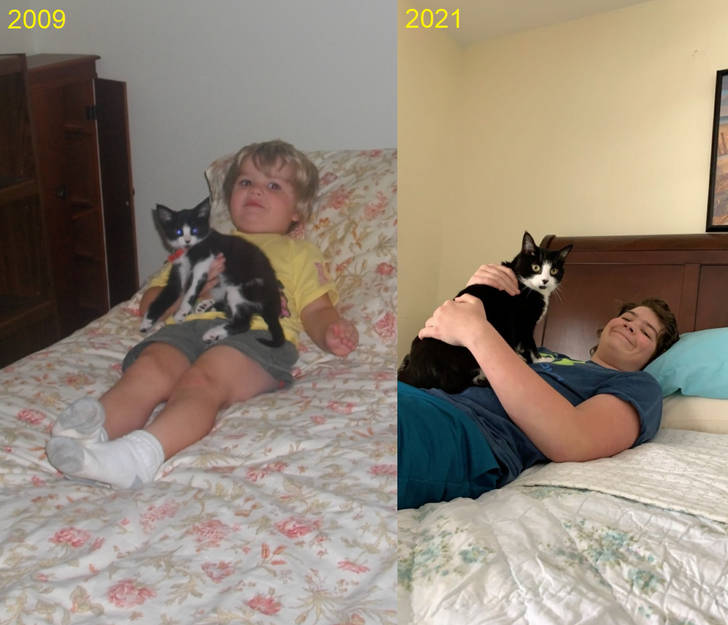 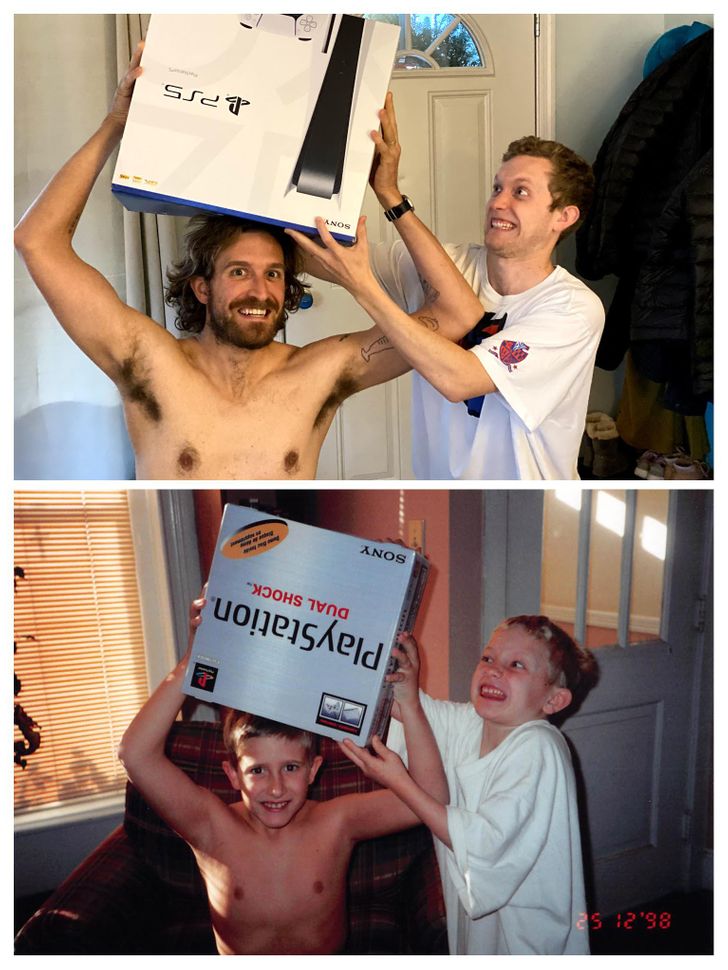 19. A beautiful family portrait with the dog in the spotlight 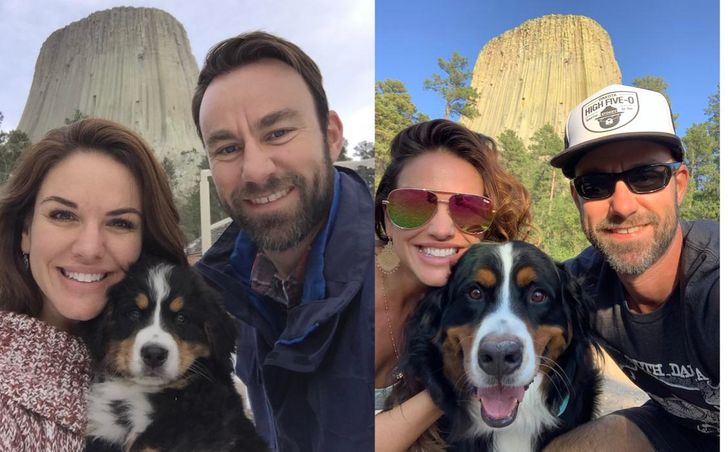 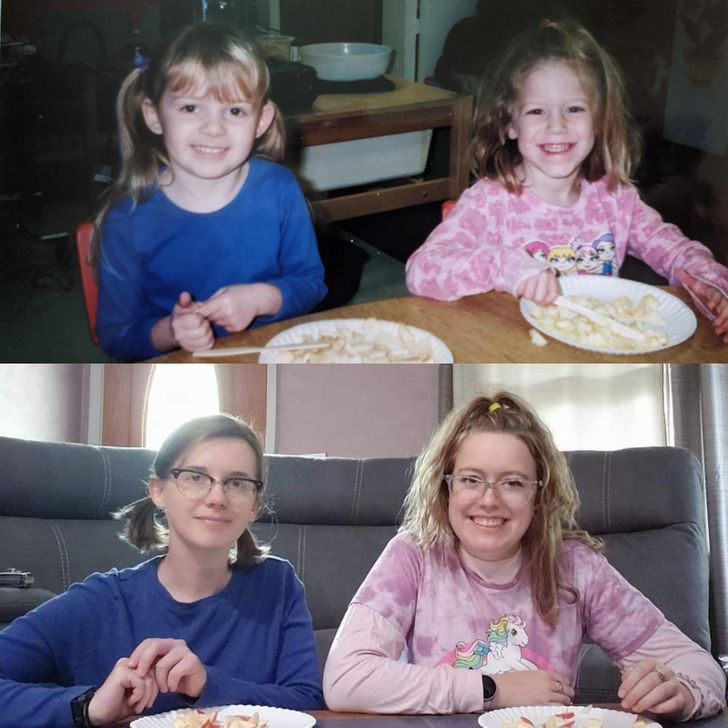