Apparently we all have a doppelganger somewhere in the world, but the odds of meeting him or her are a zillion to one.  Which is why this selection is so astounding...

Here are 25 people, whether famous or not, who bumped into their 'unrelated identical twin' completely by accident!

1. When you meet a slightly bigger/smaller version of yourself and discover you also have exactly the same dress sense! 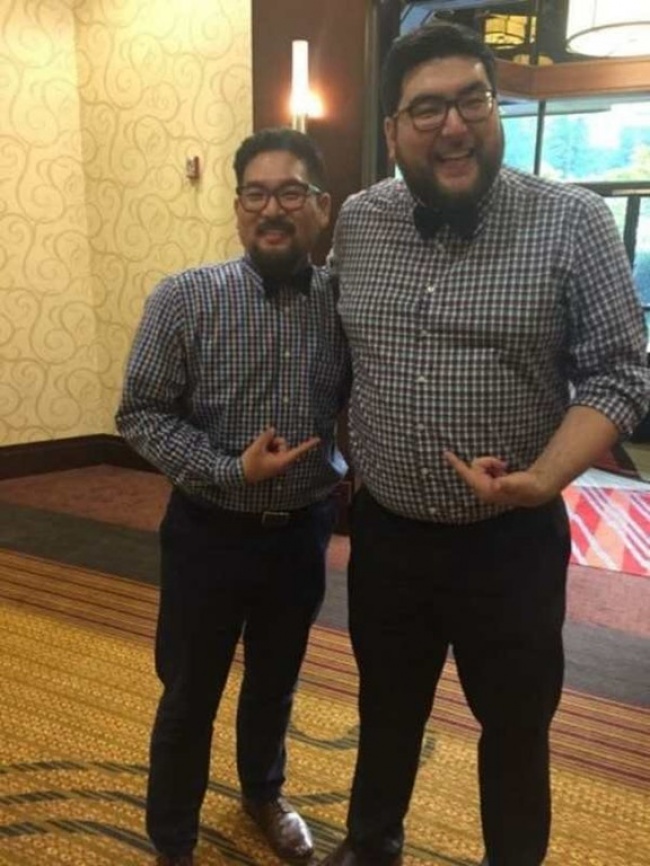 2. When 3 identical guys all turn up at the same event! 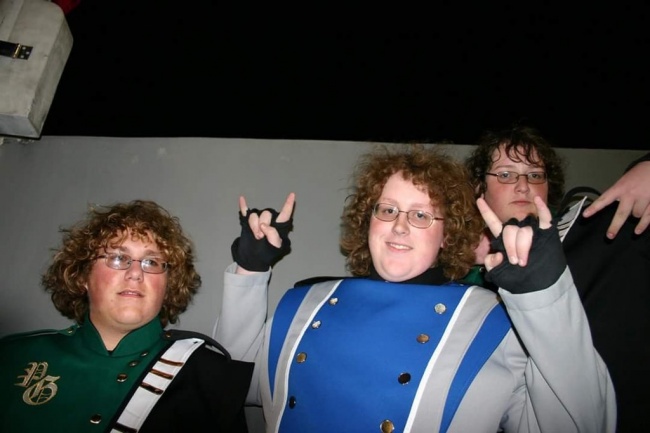 3. The only difference here is the tattoos! That said, they don't look too pleased! 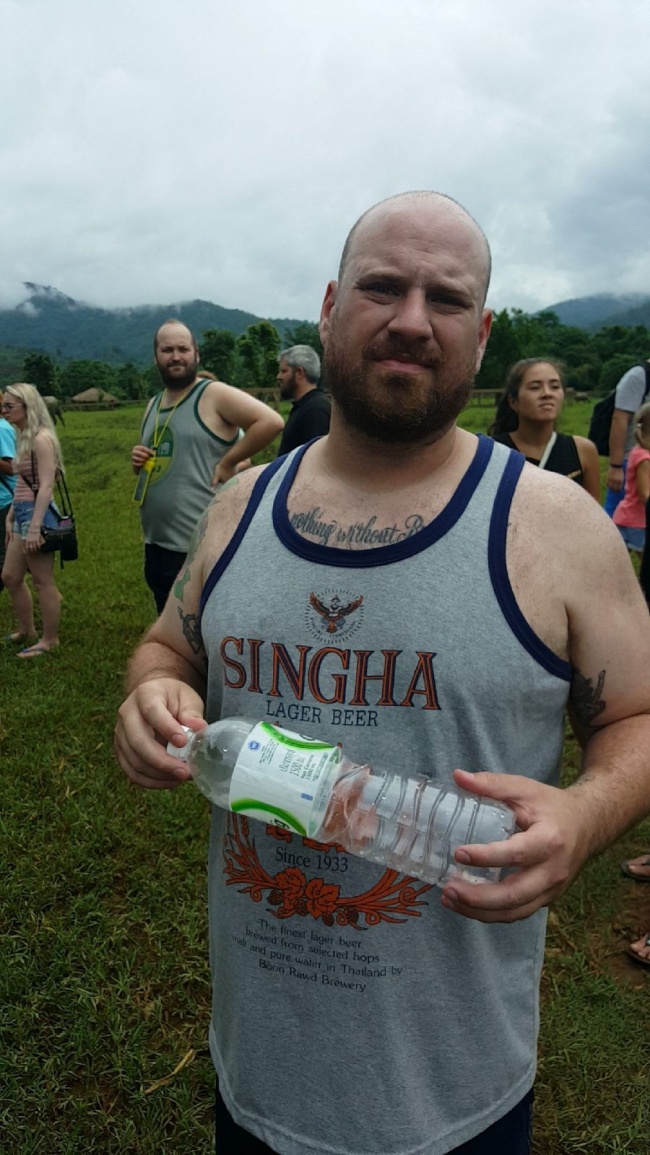 4. When you hop onto a red eye flight and find yourself sitting next to your doppelganger! These guys got on so well, they became friends. 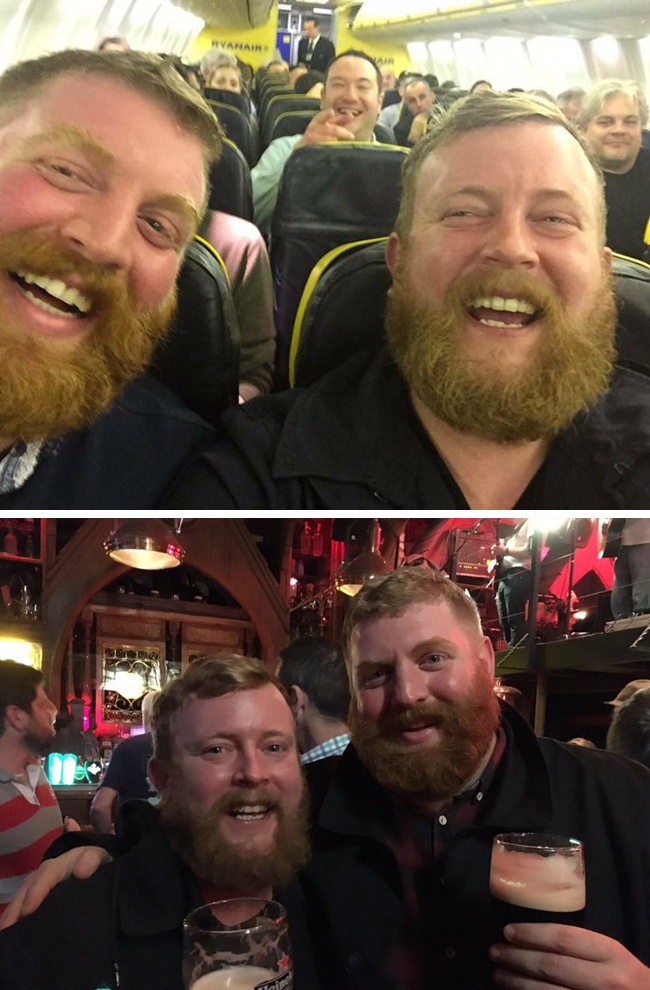 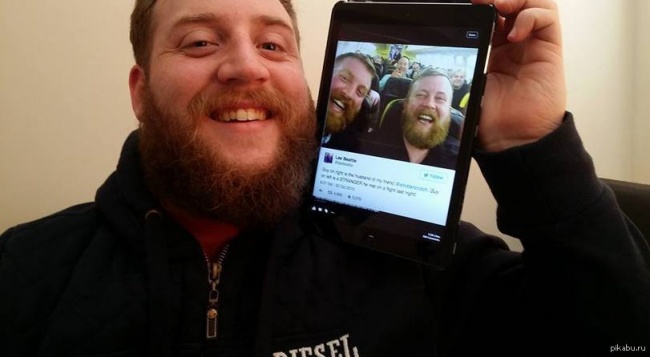 6. When you realize that you spent a year on the International Space Station... 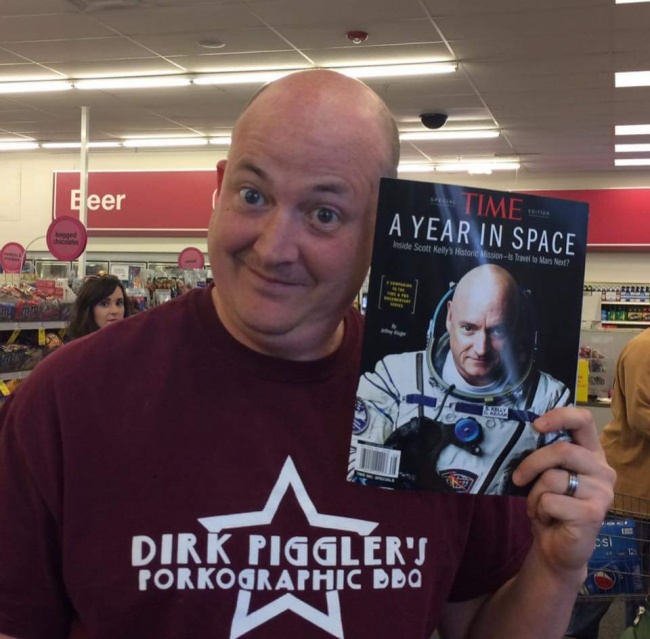 7. A guy who met his doppelganger in a bar one evening 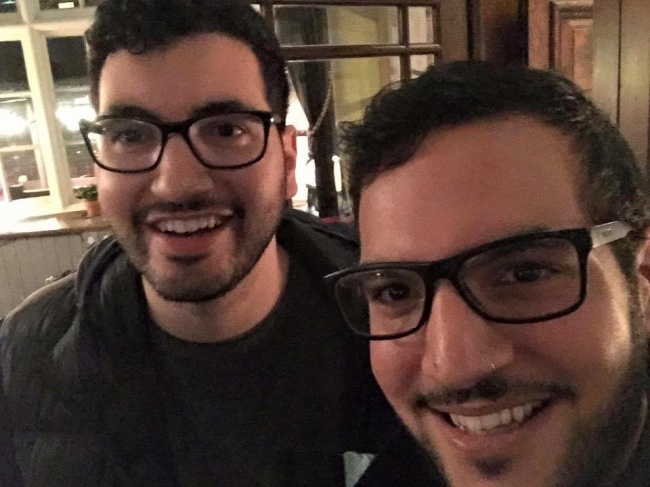 8. When this guy started university, he couldn't understand why everyone called him 'Brian', even though his name is 'Josh'.  One day it all fell into place! 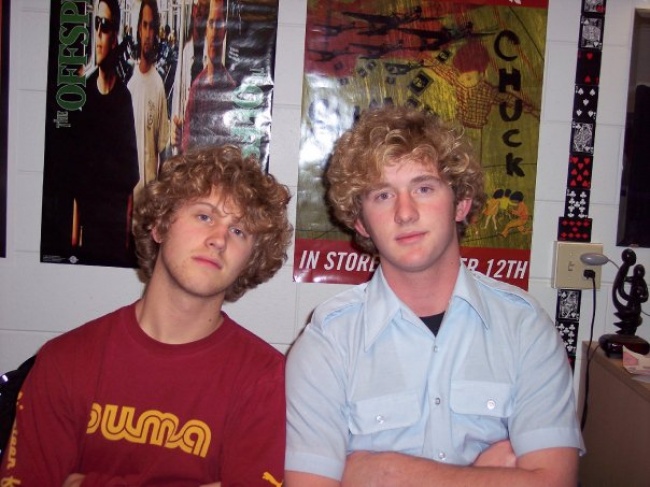 9. Any ideas?  Photoshop or cloning? 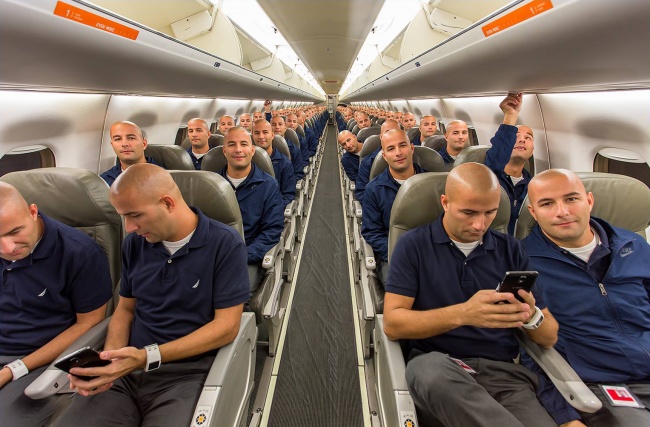 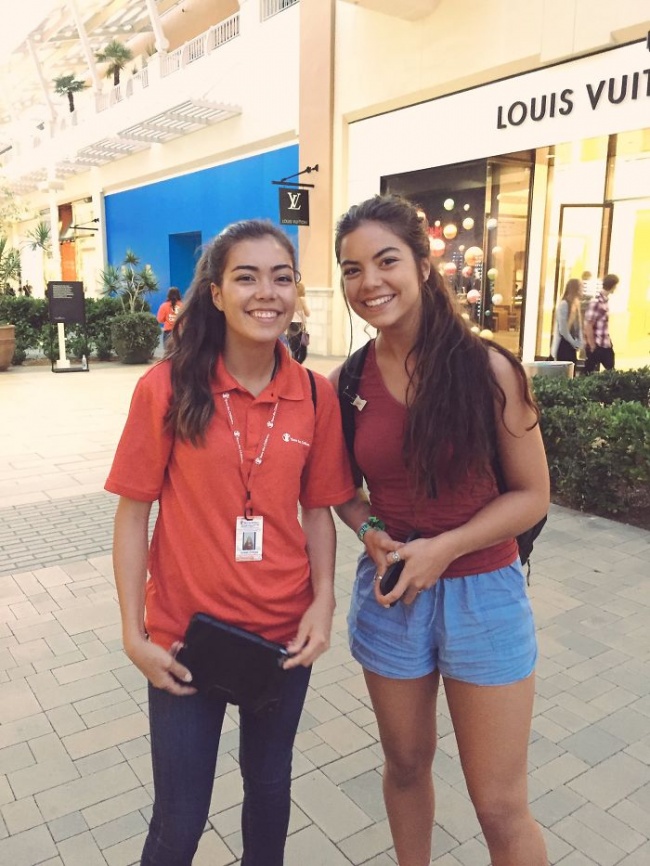 11. When your doppelganger even has the same facial hair and dress sense! 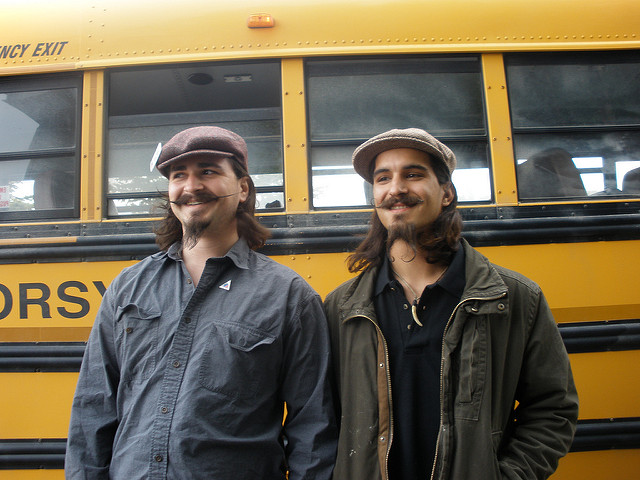 12. A young woman gave this guy a kiss before suddenly realizing that it wasn't her boyfriend but his doppelganger!

13. The day you realized that you starred in a Crime Stoppers ad! 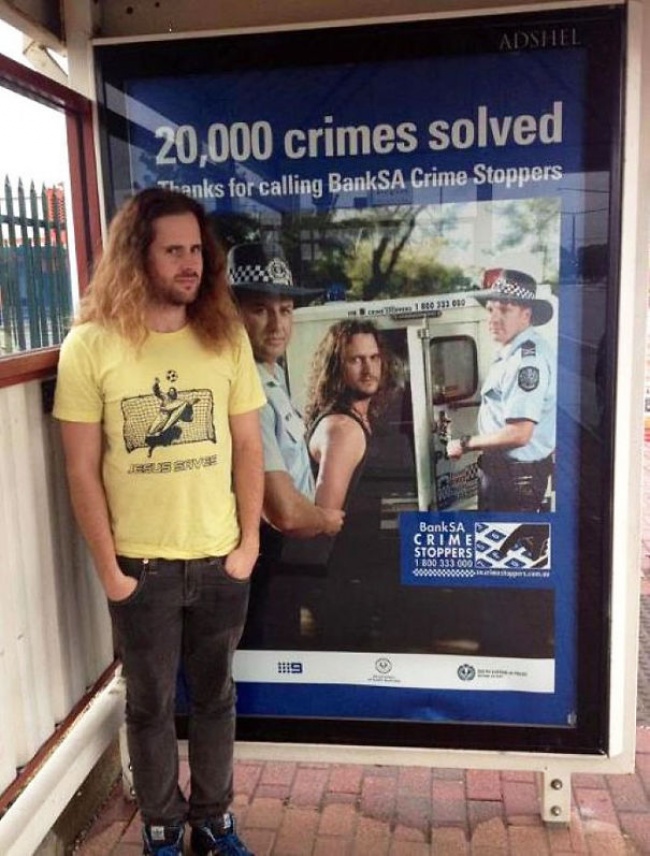 14. Do you think they pre-arranged to wear the same shirt before taking this shot? 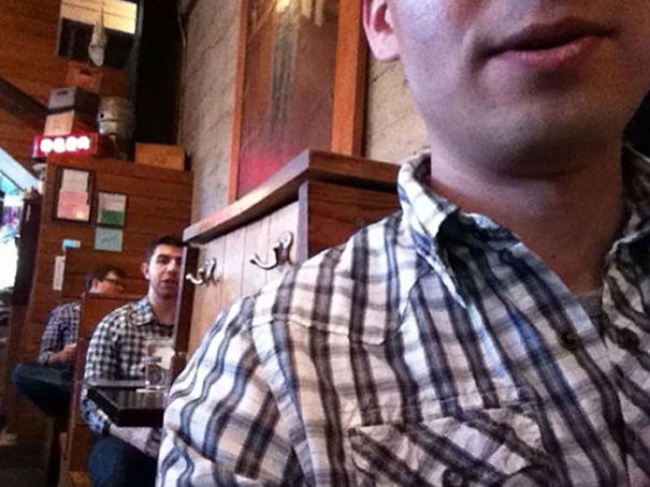 15. When you bump into your doppelganger at a gig. 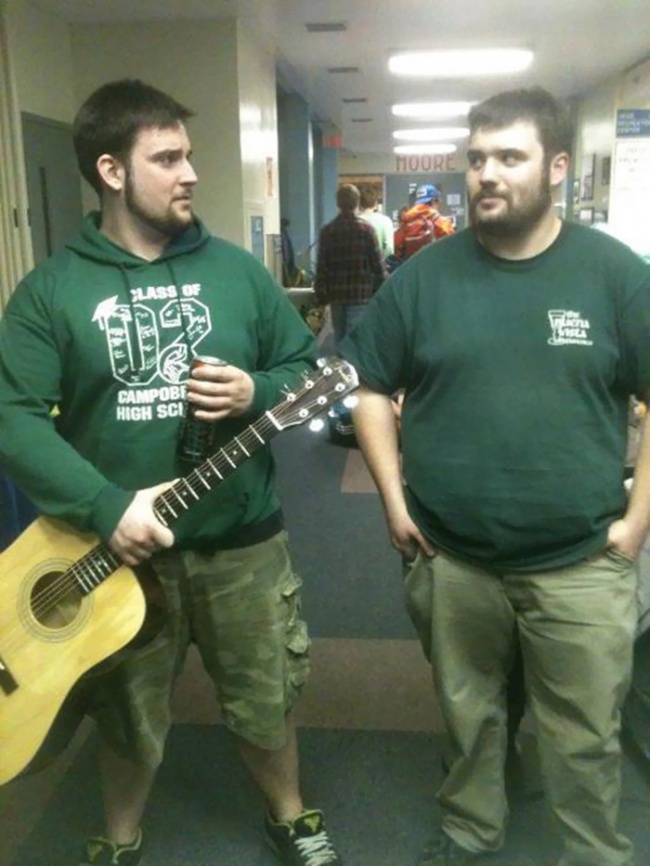 16.  Or whilst wandering around your neighborhood!

17. These guys are in no way related

18. When you discover that your doppelganger's a work of art 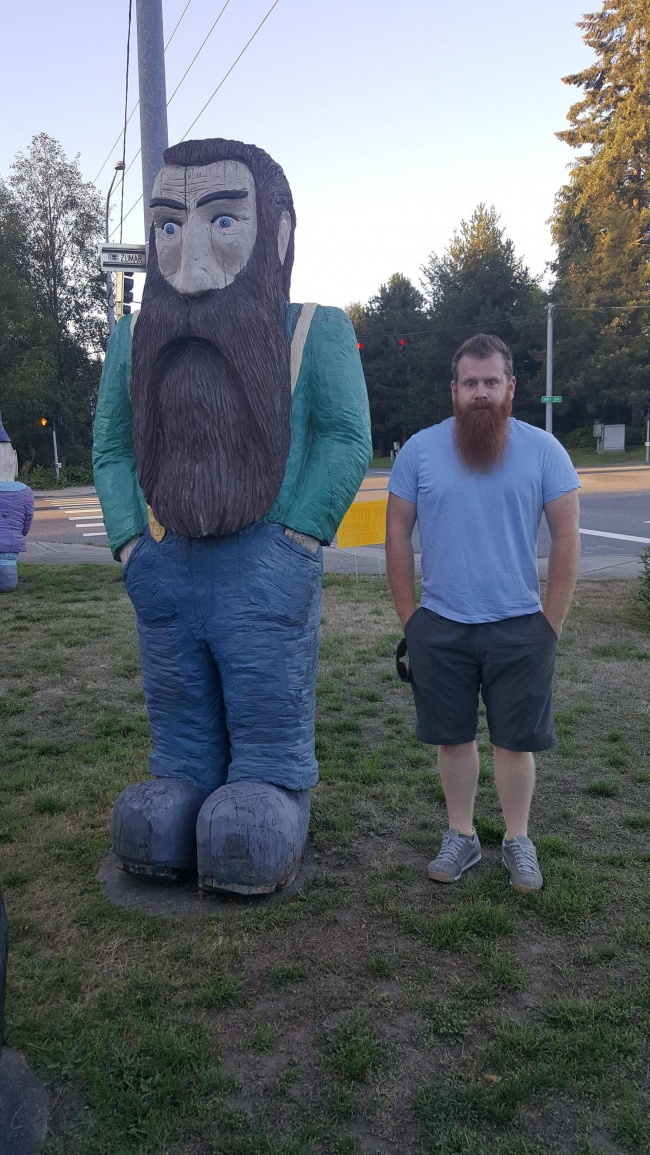 19. The day Zlatan Ibrahimovic's doppelganger jumped onto the pitch and introduced himself 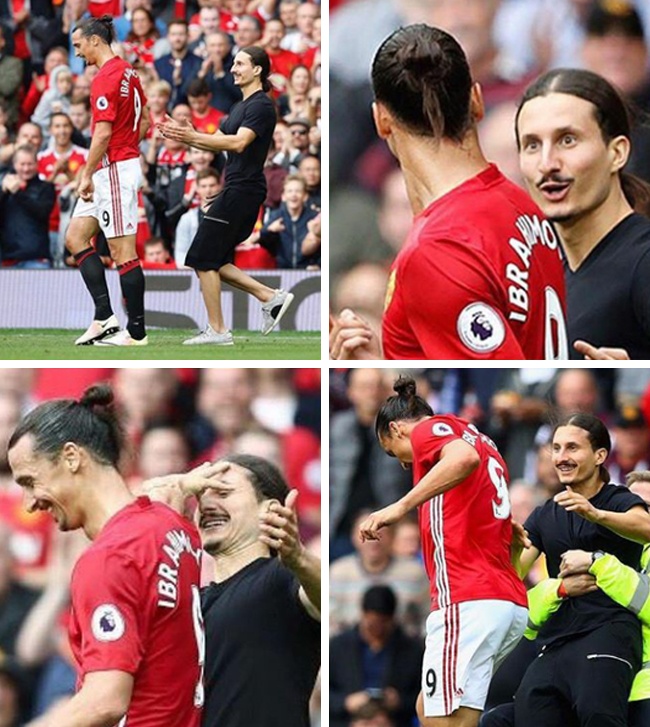 20. When a Leicestershire postman manages to get on the team bus and have his photo taken with Leicester City striker, Jamie Vardy! 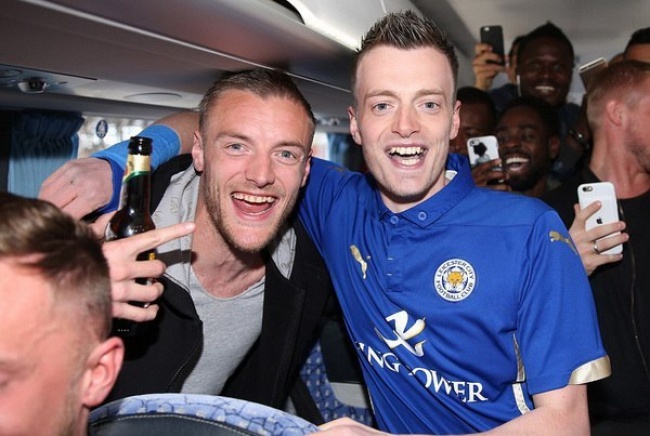 21. Two guys who met whilst queuing up for a gig! 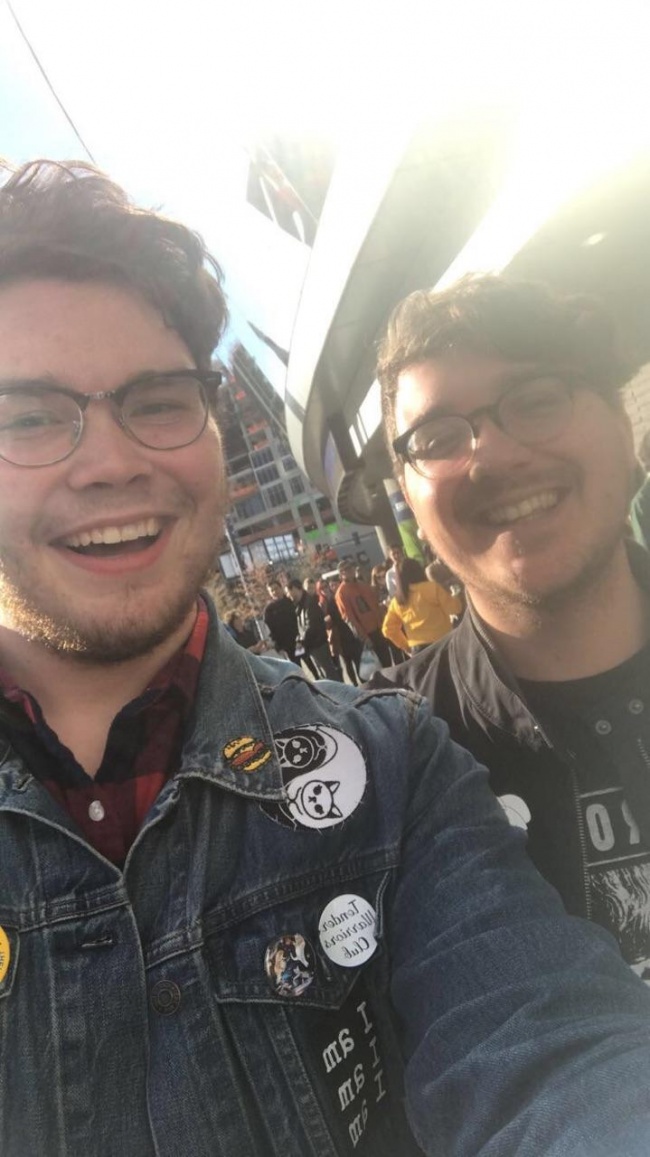 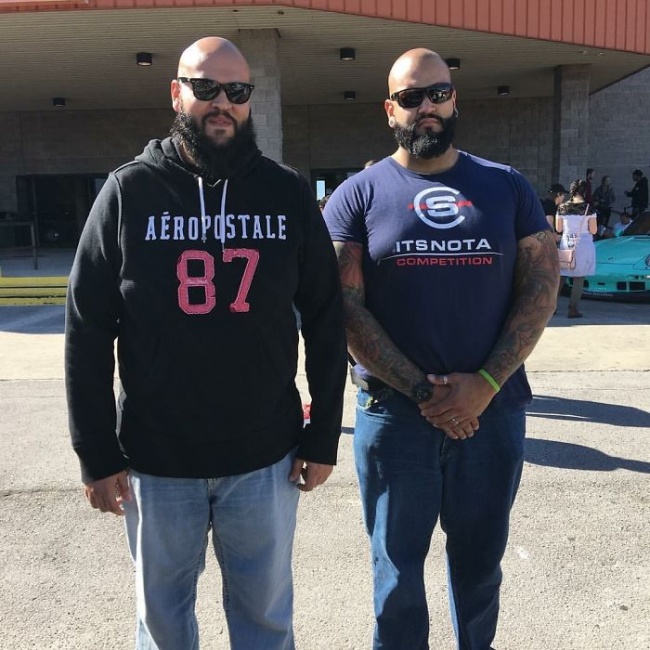 23. Thankfully their outfits mean their wives can tell them apart! 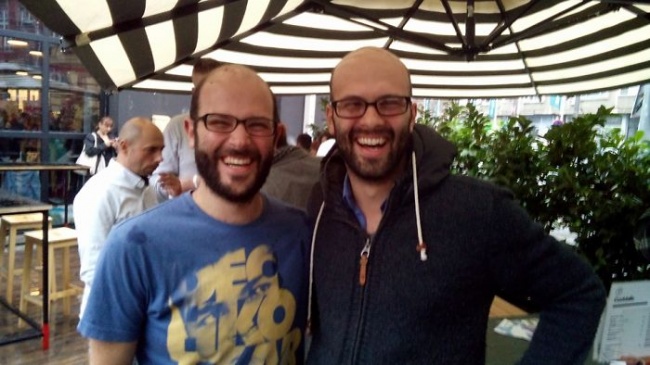 24. This guy always wanted a twin and then one day he met John Malkovich… 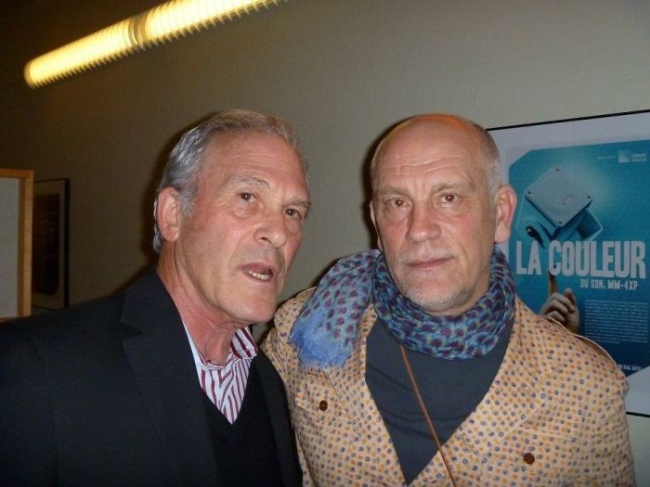 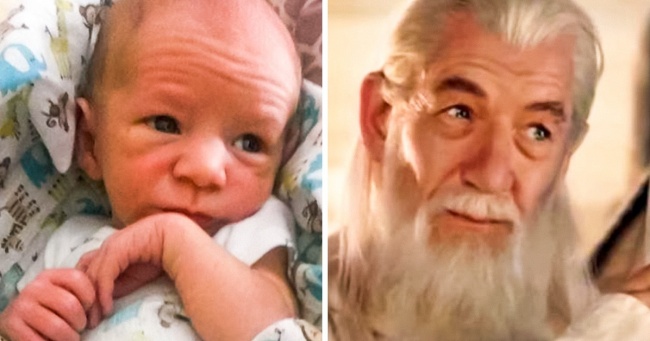 Have you ever met someone who's your double?  Share your experiences with us below!