Shortly after his birth, Jonas Gutierrez was diagnosed with brachycephaly, otherwise known as 'flat head syndrome'.

This happens when a baby's skull bones aren't correctly positioned and before his birth scans showed that Jonas had a particularly large head. He was a happy baby who slept well, but he had a tendency to sleep with the affected part of his head against his pillow or mattress - something which greatly slowed down his recovery.

Brachycephaly is more common than we think and affects one in two children.  The good news is that early treatment has a high rate of success.  Plus this deformity doesn't affect a child's physical or mental health.

Once he was diagnosed, Jonas had to wear a special helmet in order to protect and remodel his skull.  He had to wear the helmet 24 hours a day, between the ages of 3 to 6 months.  And that's when Jonas's 3 year-old sister came up with a really cool idea.  So that her baby brother wouldn't feel different, she suggested that the whole family also wear helmets!

She promptly asked her mom and dad if she could wear her bicycle helmet and shortly afterwards one of her cousins tweeted some photos.  The snaps and the family's touching story went viral with 28,000 re-tweets and almost 115,000 'likes'!

When Jonas had to start wearing a helmet to correct his flat head, his family came up with a genius idea! 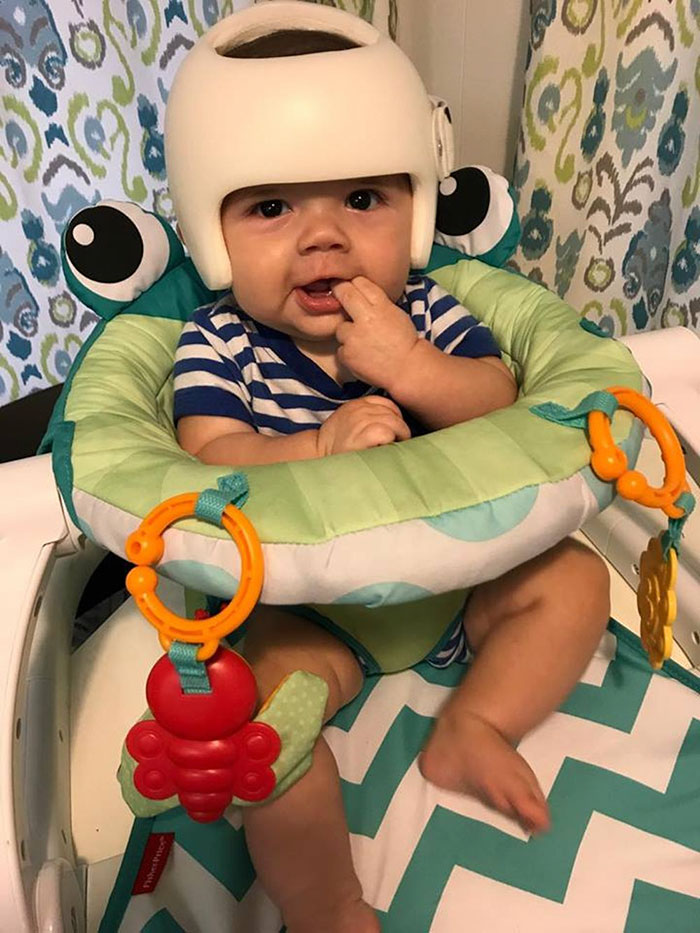 They decided that they too would wear a helmet to keep him company! 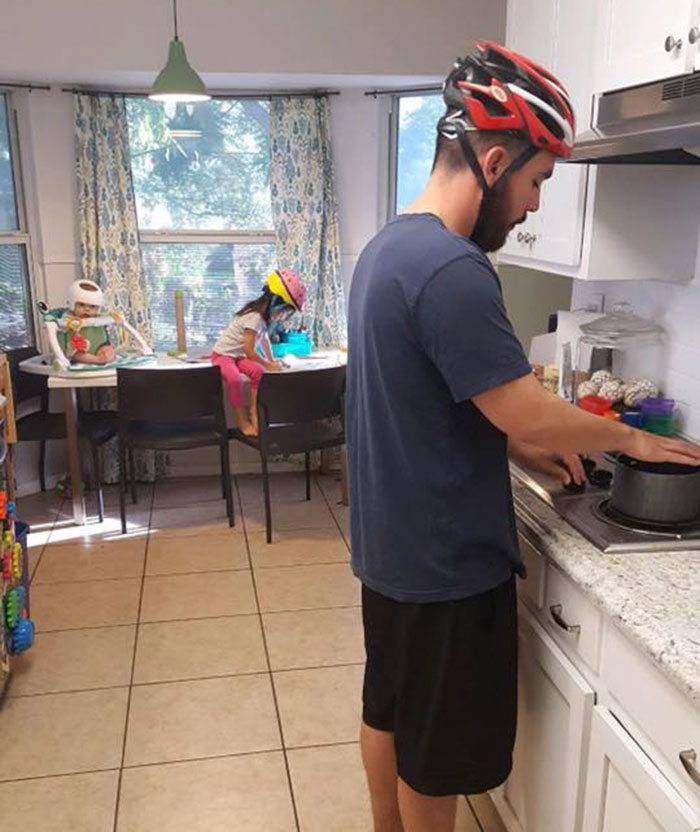 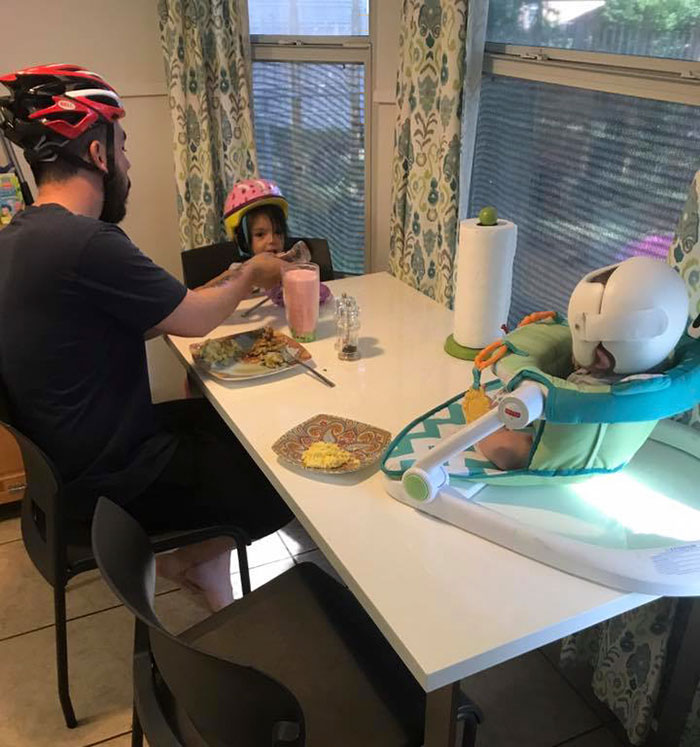 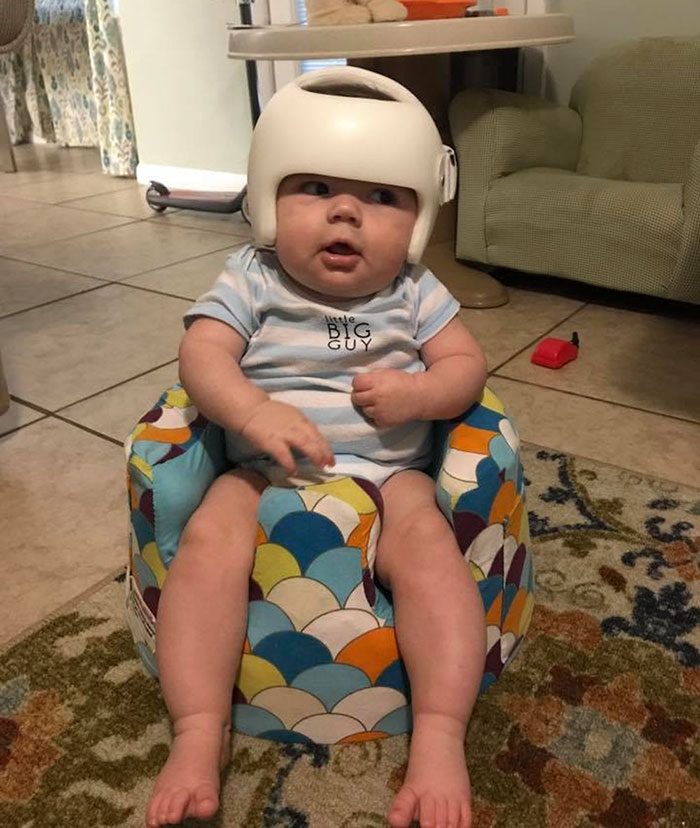 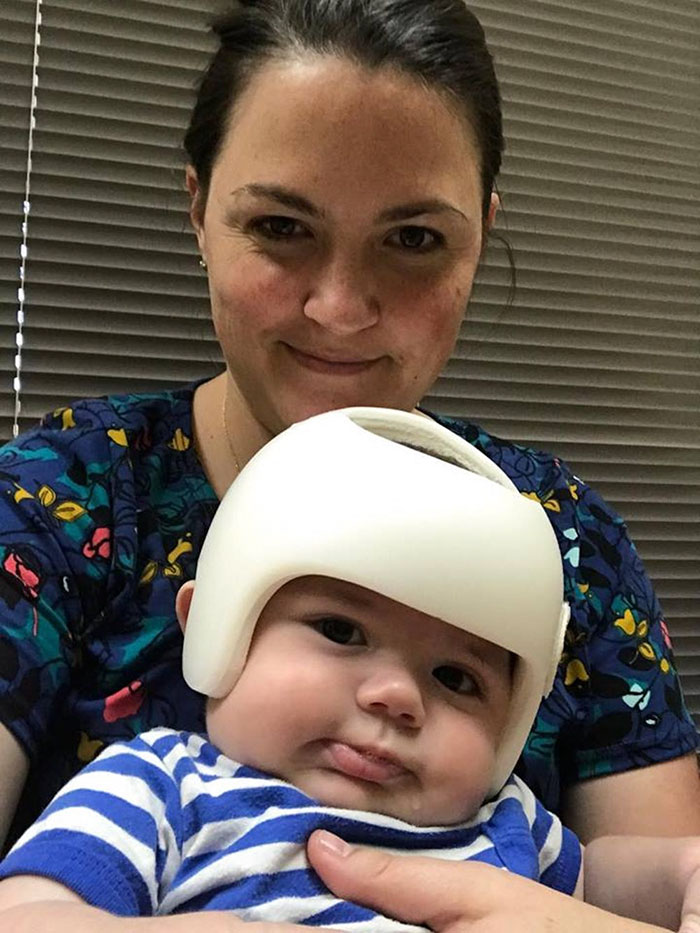 Jonas's dad explains that pre-birth scans showed that he had an abnormally large head and that after he was born, he would automatically sleep with the affected part against his pillow. 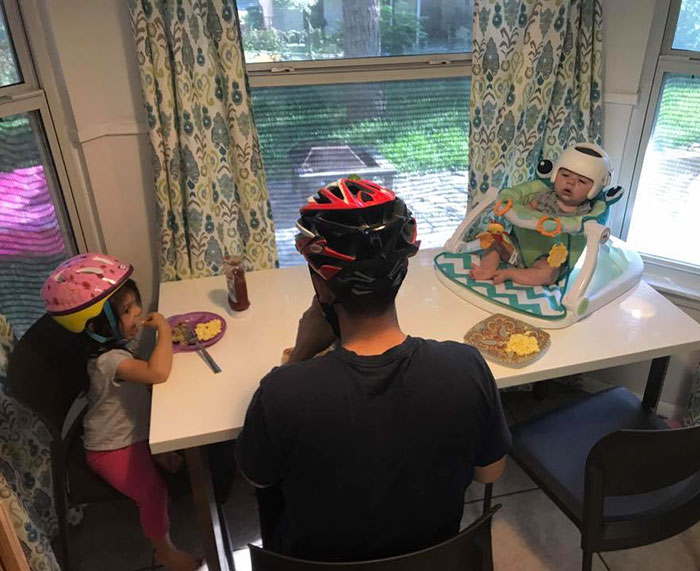 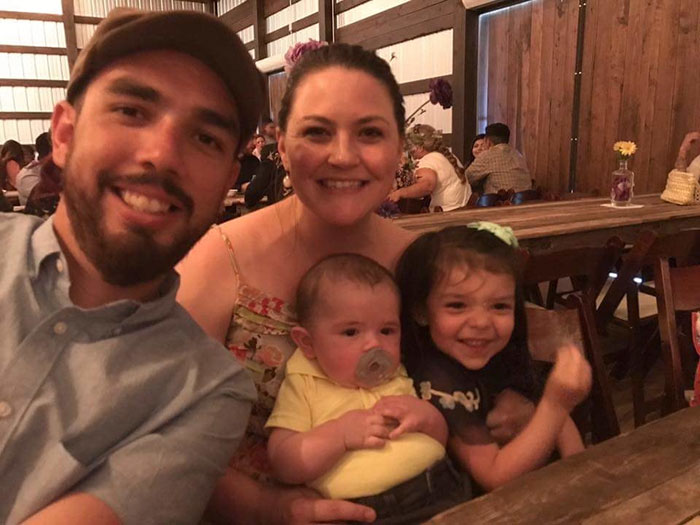 The problem was that this sleeping position only exacerbated the deformity.

Jonas's doctors prescribed him a special helmet that he had to wear day and night for 3 months.

And it was at this point that his 3 year-old sister decided to wear her bicycle helmet, with the entire family following suit! 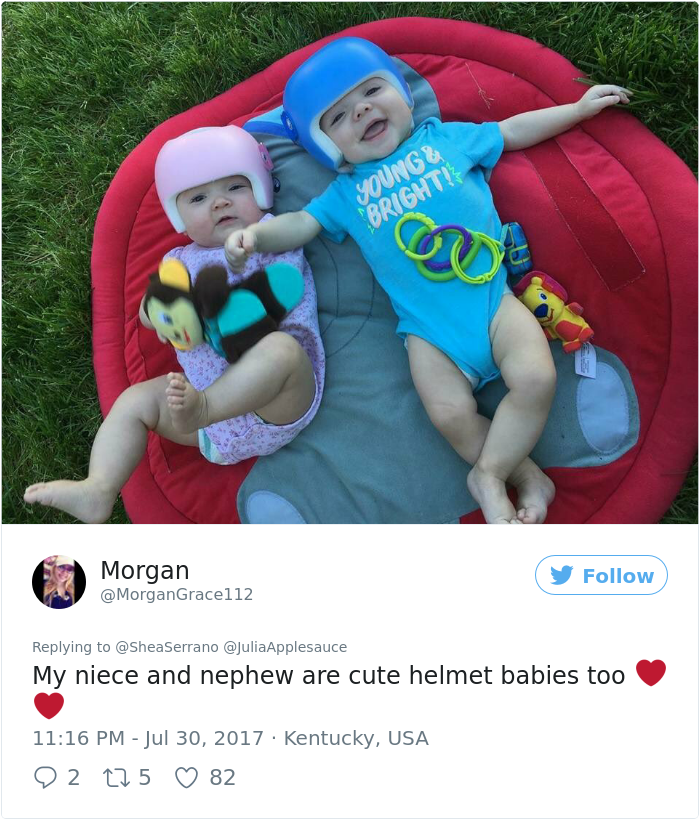 Their story went viral when a cousin posted a photo on Twitter.

The internet went crazy over this amazing story!

And in a further show of solidarity, other parents posted photos of their own babies in their special helmets!