With its funny characters, “Malcolm in the Middle” is probably one of the most legendary series in recent years! But some mistakes are hidden in the show: 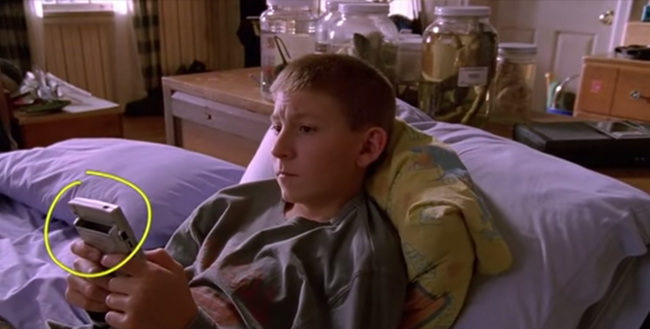 In fact, just like Reese Dewey has no cartridge in his Game Boy.

2. Reese has no cartridge in his Game Boy. 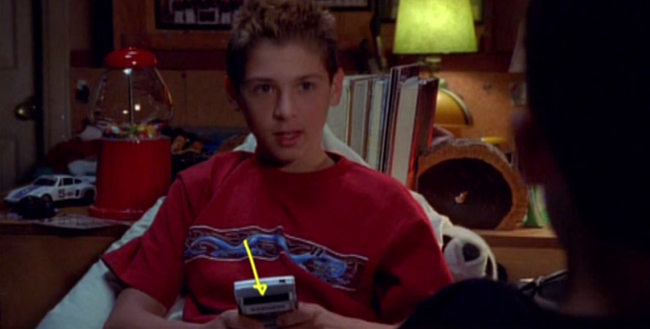 In the episode, we can clearly see Reese playing on his Game Boy, but unfortunately the film crew forgot to put in a game cartridge.

3. One of the extras speaks to the film crew. 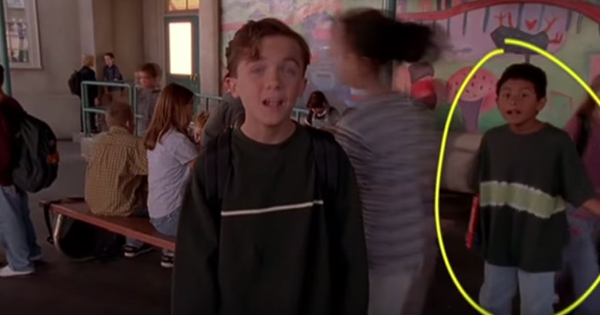 In this scene where Malcolm is talking, we clearly see an extra who doesn’t know where to stand and is talking to the film crew.

4. In the episode with Hal’s hair removal, he isn’t nude. 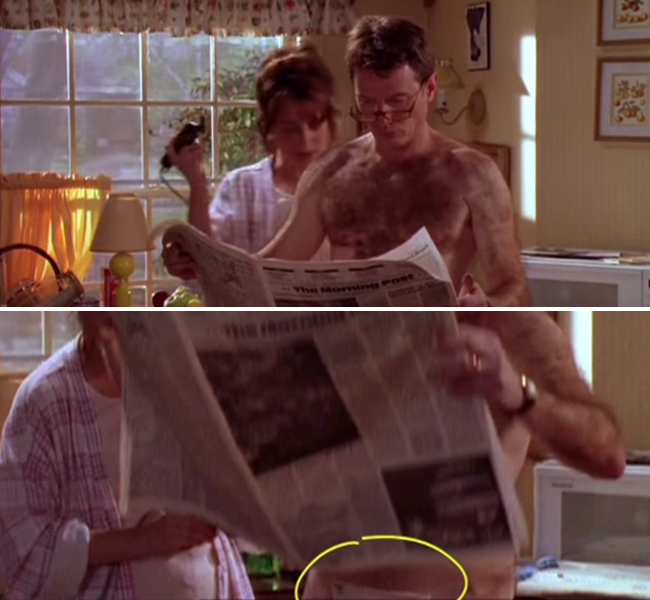 In the previous clip, we see the actor’s rear, but when he lifts the newspaper, he’s clearly wearing briefs.

5. In the last episode, Francis has no name on his badge. 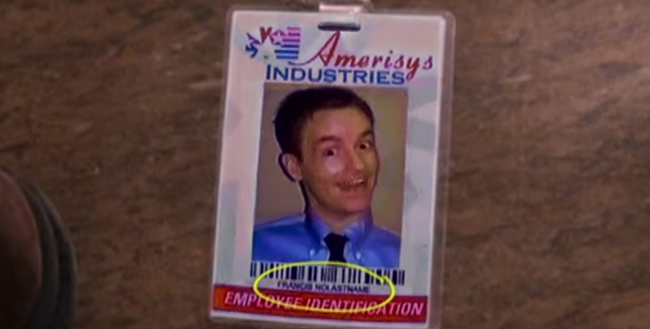 It says “No Last Name”. This mistake is intentional though, to not reveal Malcolm’s family’s last name.

6. We see the cameraman’s reflection. 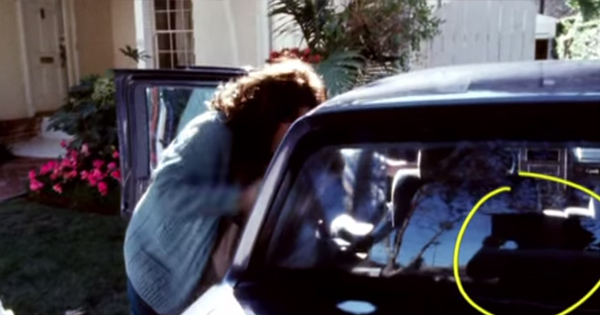 In this flashback scene where we see the children’s births, there is a clear reflection of the cameraman in the car window.

7. We see the studio ceiling. 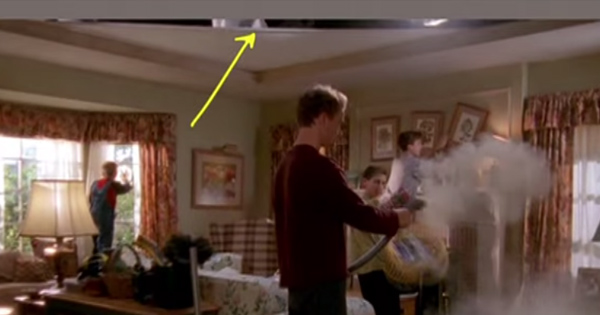 The exterior scenes are shot in a real house. However, for interior scenes, they are partly shot in the studio. In this shot, we can see the fake ceiling.

8. The story about Craig’s mother changes between episodes. 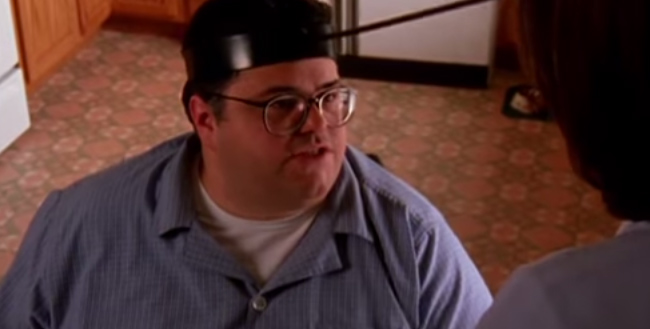 In the latest seasons, Craig says his mother has been dead since he was a kid. Yet four years earlier, he explained that let her take care of his cat. An issue with timing...

9. The yogurt container miraculously changes into a milk carton. 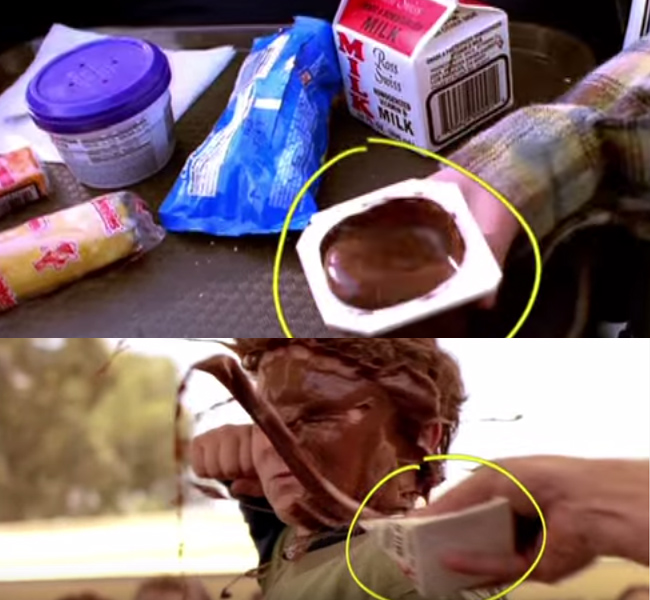 10. Lois’s father looks like Francis, yet he isn’t her real father. 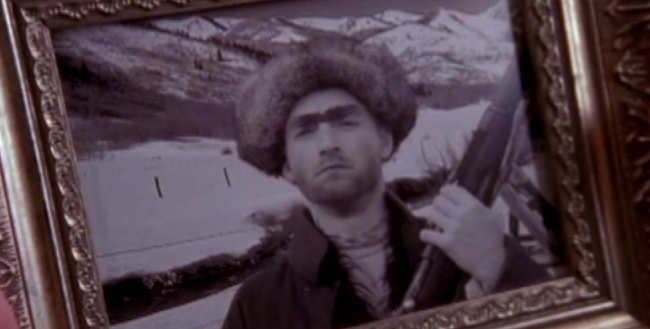 In later seasons, Lois discovers that her father (the children’s grandfather) isn’t her biological father. However, a few years earlier, the photo of their grandfather strangely resembles Francis.

11. The crew member with a bucket of water in the shot… 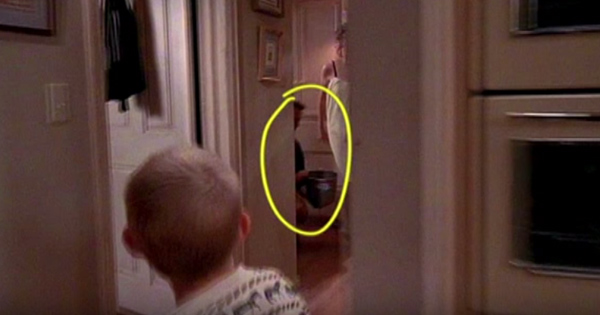 When Lois gets back from the bathroom with her dress all ??wet, you can clearly see a crew member with a bucket of water in the shot.

12. The camera’s shadow in the shot 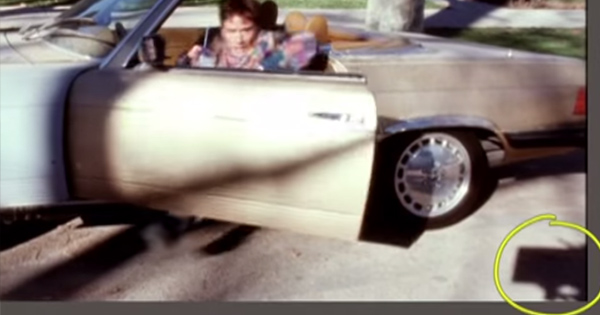 When Hal gets home in his car, we can see the shadow of the camera.

13. The Steadicam reflected in the window 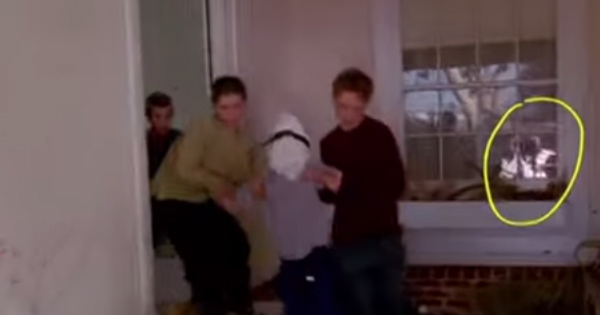 In the show’s 3rd episode, you can see the Steadicam in the window’s reflection.

14. A crew member seated at the right 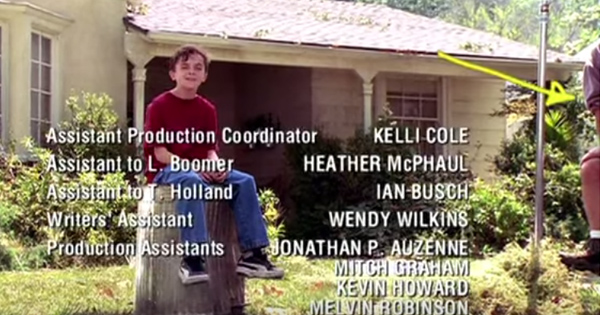 In this shot, Malcolm isn’t the only one sitting. Look to the right.