Comic book superheroes have always enjoyed great fame with audiences. Whether they come to life in a comic book or in an animation or movie, the passion of the fans has always been there. The film industry quickly realized that it was an inexhaustible source of income and has made at least one DC Comics or Marvel movie each year.

With that said, although fans eagerly wait for these moments, purists are often very disappointed with the appearance of their favorite heroes. In fact, it often happens that the way the "live" hero is portrayed isn’t quite true to what he is in comic books...

Here are 15 superheroes the way they are represented in the DC Comics or Marvel comic books compared to what they looked like on the big screen... 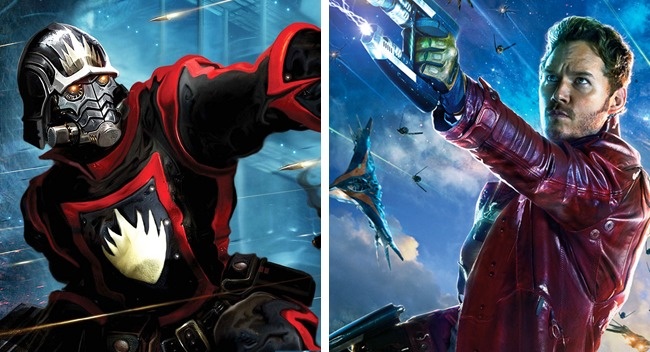 Many big fans of the first Guardians of the Galaxy protested against the actor Chris Pratt, who played the role. In fact, according to them, Peter Quill is much thinner, more blond, and has a jaw that is more square than that of the actor. In addition, the mask he wears in the movie is very different from the one he wears in the comics. 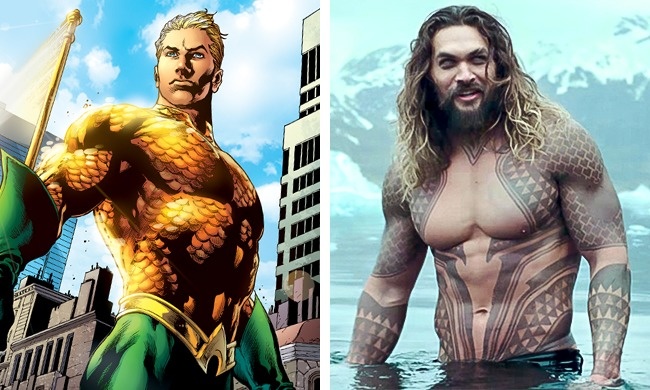 In the DC Comics universe, Aquaman is a fish man covered with orange scales on his chest, who wears green spandex tights. He is also blond with short hair. Jason Momoa is the actor who plays the superhero in the film of the same name. Although his many tattoos and athletic build make him a perfect superhero, he doesn’t really look like the Aquaman from the comic books! 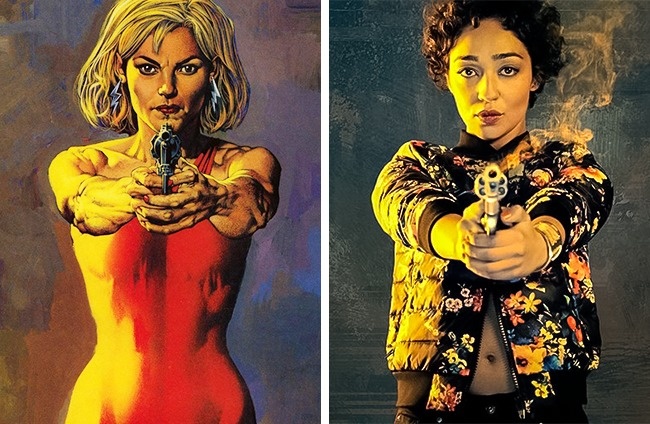 Tulip is the main female character from the comic book Preacher. In the story, she is petite, blonde, and endowed with an explosive and fierce temperament. In the film adaptation of the work, Ruth Negga plays the role of Tulip... Although her acting is on point and she reveals a new depth to the character, she still looks nothing like the real heroine, to put it bluntly. 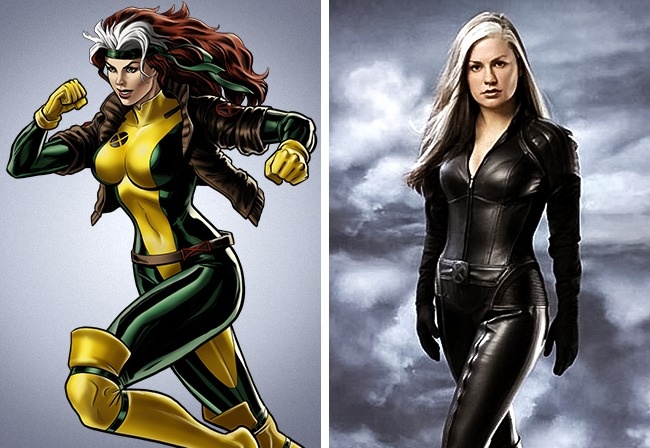 In the original version, Anna Marie is called Rogue. She’s a middle-aged woman characterized by her long black hair and white fringe. She wears a yellow and green uniform and is one of the main characters of the X-Men. Rogue is known for being a very determined and courageous woman. When she appears on the screen, Anna Paquin is not really representative of the super heroine: according to fans, her appearance is too different, as well as her powers and temperament! 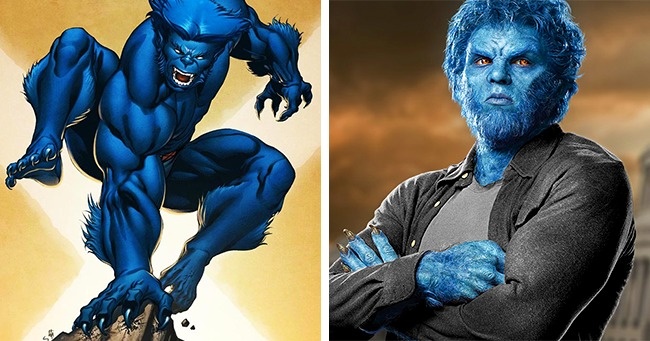 Fans remain doubtful about how Beast from X-Men is portrayed. Indeed, in comics, he often appears shirtless, so why does he wear so many clothes in the movie? Likewise, his size, appearance, and powers have been altered, as well as the story. 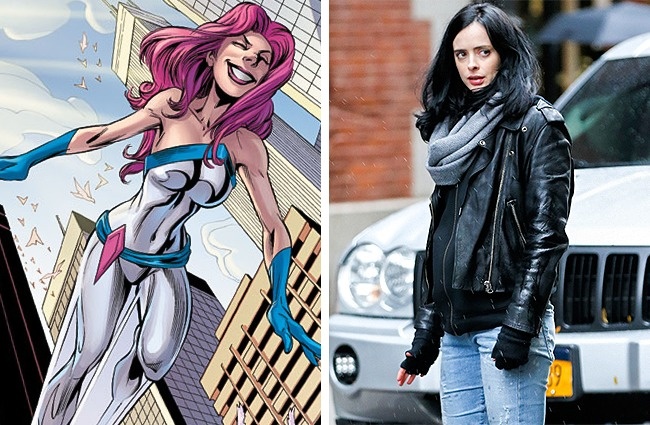 Also known as Jewel or Knightress, Jessica Jones is a former super heroine who was captured by Kilgrave (the Purple Man). She is known for her pink hair, as well as her insatiable desire to save the world. Unfortunately, she lost most of her bubbly side when she was brought to the screen, played by Krysten Ritter. Although her costume is at least faithful to the comic books, she almost lost the title of superhero... 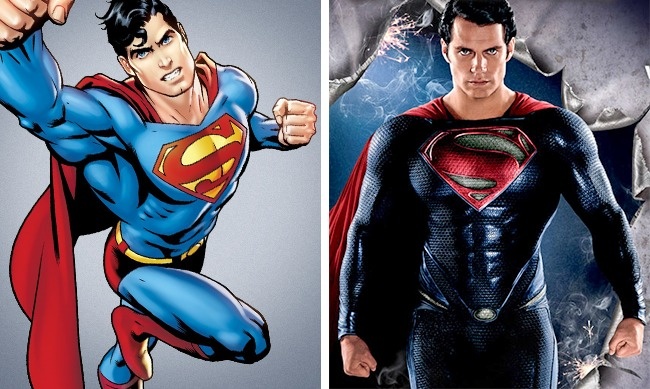 Superman is probably one of the most represented superheroes on the screen. And through the years, his appearance has been somewhat modified, and today he is a sad imitation of what he was in the beginning. They’ve put an end to the little red underwear and boots, and the yellow has also disappeared from his costume. The only thing left to help viewers recognize him are the cape and the big "S" on his chest. His costume has become darker and more "scale-like" than it was in the beginning. 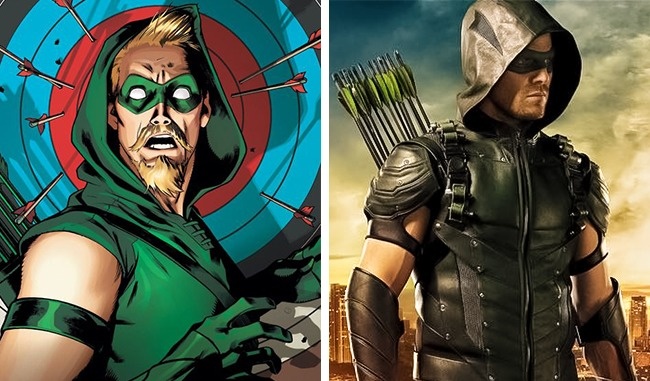 Oliver Queen has really changed between the comic books and his screen adaptation. In fact, the original Arrow was more similar to Robin Hood, with bright green being a major characteristic of his costume. Although Stephen Amell wears a fairly plain costume in the beginning of the series, over the episodes, it becomes armor and the green finally turns darker and ends up being black. Similarly, his mask almost disappears leaving room for...makeup! 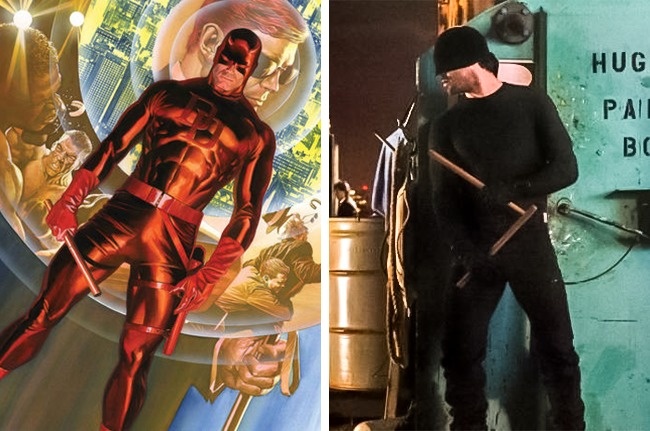 In the original comic, Daredevil is always shown in a bright red leather suit. But in the series, the superhero’s original costume suddenly becomes black with a mask like Zorro’s. Even though it was only temporary, and its purpose was simply to explain how Matt Murdock (played by Charlie Cox) becomes Daredevil, fans think that a little faithfulness to the story would’ve been a better choice. 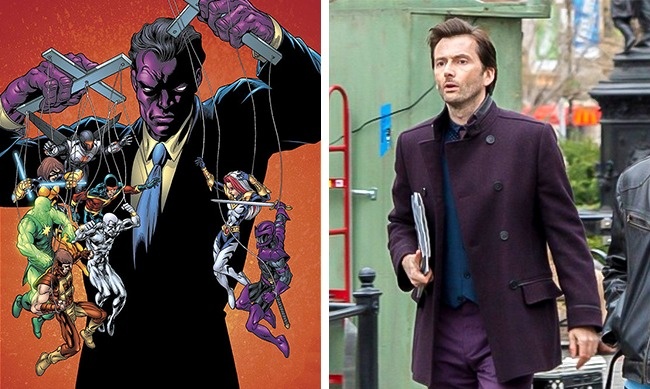 This villain from Marvel has purple skin and graying hair. In order to blend in with the crowd of the Jessica Jones series, they completely changed the character’s appearance! Nevertheless, directors made sure to give him a purple suit to give a little nod to who he really is... 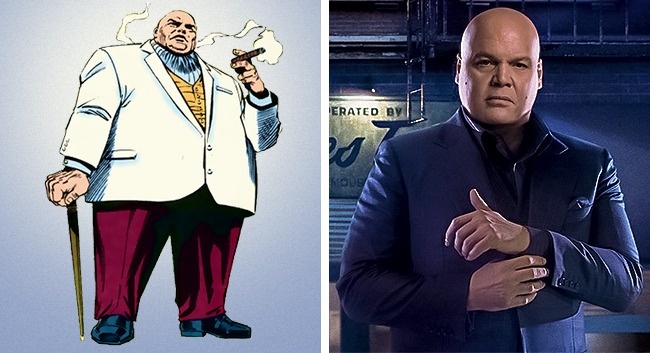 Kingpin is a very "flashy" man with his fashionable white suit and colorful scarf. Recognized by millions thanks to his strong build and bald head, Wilson Fisk is one of the toughest bad guys at Marvel. Unfortunately, his aura lacks the same intensity when he is portrayed on the screen by Vincent D'Onofrio. 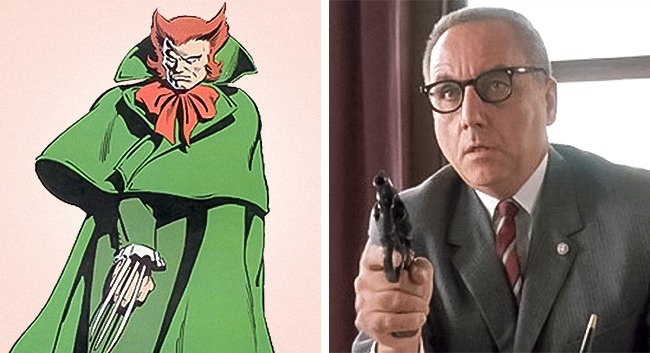 The Owl is certainly the Marvel character who has undergone the most significant changes between the comics and the audiovisual adaptation. In the original story, he looks a lot like Wolverine. He has the same hairstyle (but orange), and he wears a long green coat. On TV, he’s more like a businessman and no longer a big villain... 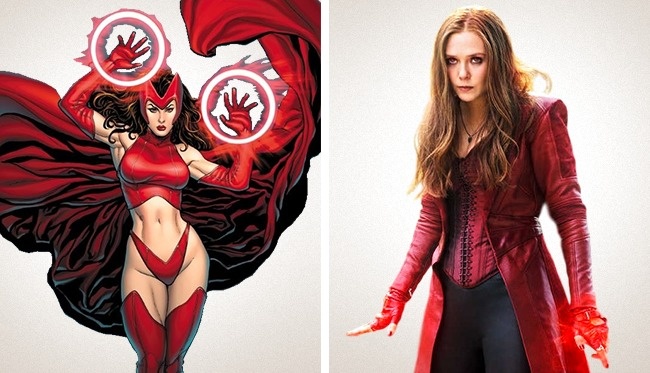 In the comics, Wanda Maximoff is a middle-aged woman who wears a rather sexy and more revealing costume. She wears a cape and her headpiece allows her to control her powers. On the screen, Elisabeth Olsen is much younger and especially more covered up than the original character. 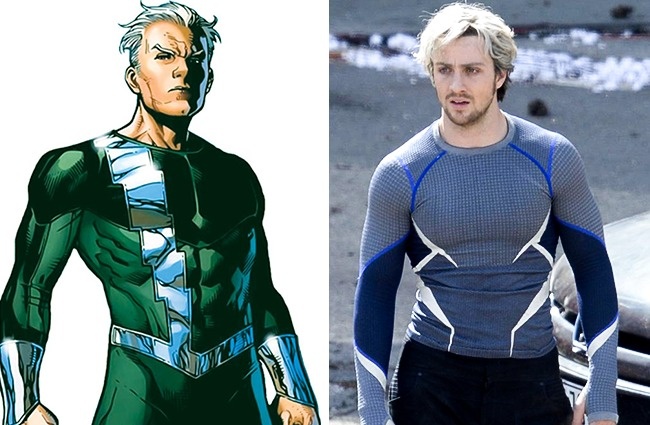 Pietro Maximoff is the twin brother of Wanda Maximoff (Scarlet Witch). He is portrayed in a green or blue suit with a big silver lightning bolt on his chest reminiscent of his white hair. But when he appears on screen, the superhero wears a kind of blue-gray spandex shirt and has lost his lightning and white hair. 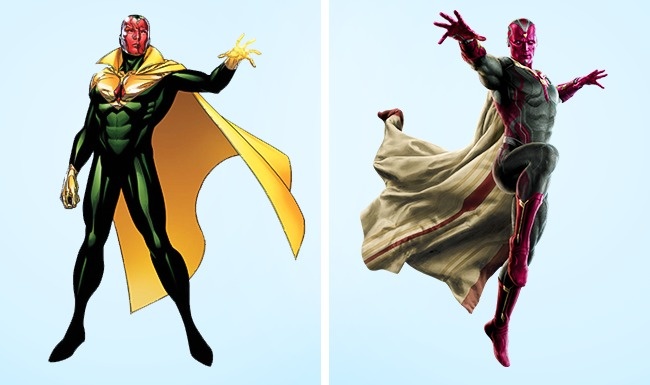 Vision is a red-skinned alien who wears a green suit and a yellow cape. However, on the screen, the cape becomes more golden than bright yellow, and the green has given way to teal. In addition, he wears a metal ornament while the original character didn’t have one.

Although there have been some major changes to Marvel and DC Comics superheroes, this hasn’t prevented audiences from responding to a movie release or series announcement. If you know of others who made some big changes in appearance that we left out, feel free to share in the comments!