Here's a fascinating closer look at 10 tattoos that feature on the leading cast members. 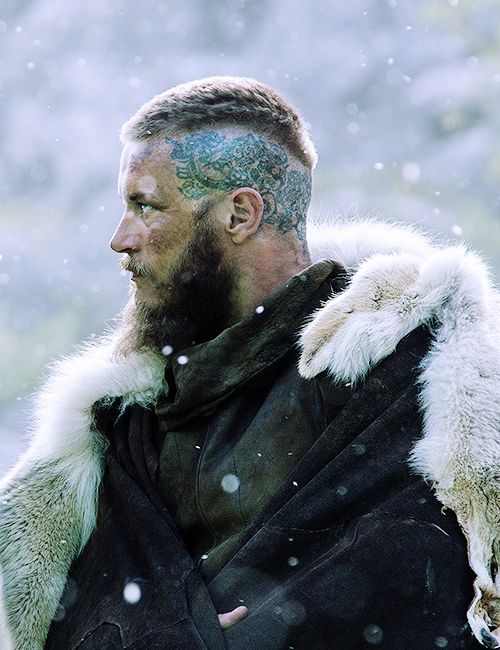 Ragnar Lothbrok had his head tattooed with new designs being added as the series progressed. The intertwining friezes represent his warrior spirit and the interdependence of all things in life. You'll also spot a Viking ship head in reference to their spirit of adventure and lust for travel. Finally, there's a Yggdrasil, an eternal green Ash tree that in Norse mythology was also known as 'the tree of life'.

2. Floki, the boat-builder and Ragnar's friend 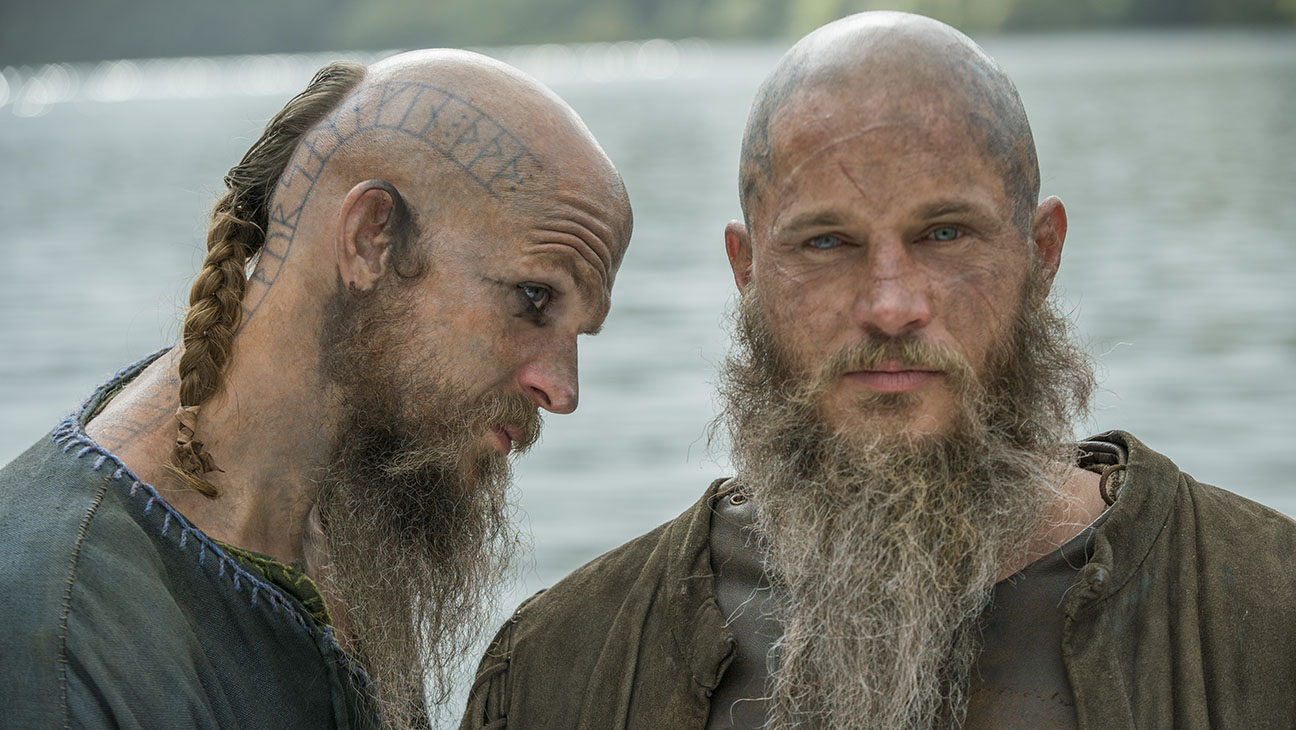 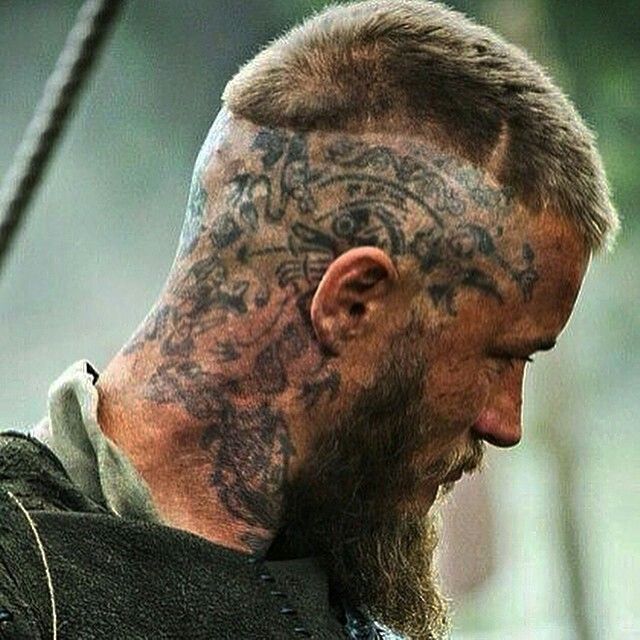 As with the left-hand side of his head, Ragnar's right-side tattoos also evolved as the series progressed. Specific Runes are depicted on this side including the god of gods Odin on the nape of his neck, as well as the Norse deities of death, war and knowledge.

4. Rollo and the tattoo on his right flank 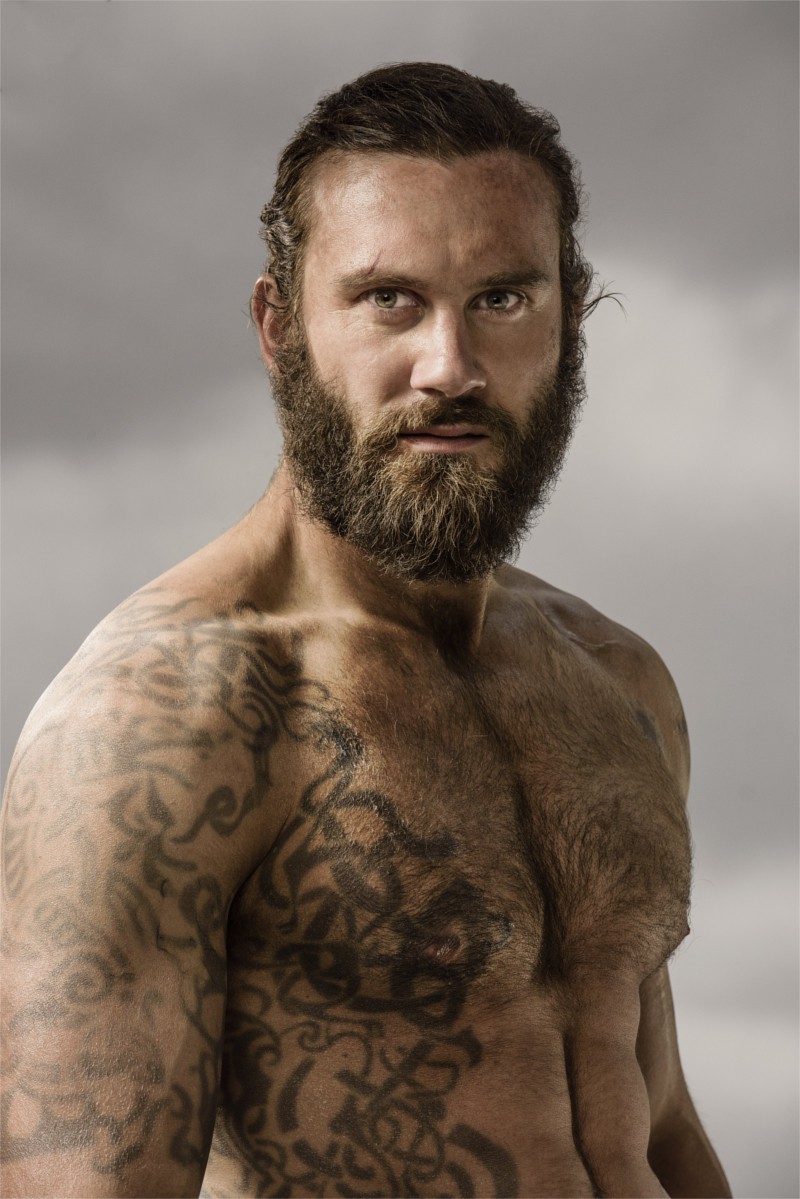 Rollo, Ragnar's brother, has an interlaced, knotted pattern that covers the top of his right arm and side of his body. As with his sibling's designs, these represent the armor and shields worn by Viking warriors. 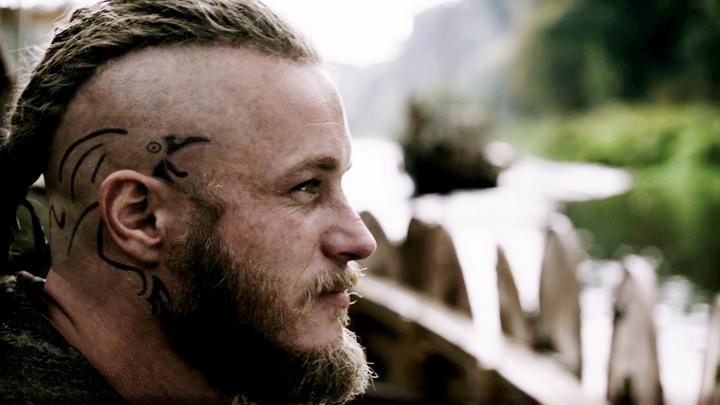 You can see Ragnar's first tattoos in Season 1. The Runes feature strongly, including an 'N' shape design that represents 'change'. The other images are Hälsinge Runes that are of Swedish origin and have distinctive lines and circles. There's also the image of a crow - Odin's winged messenger that represents thoughts and memories. 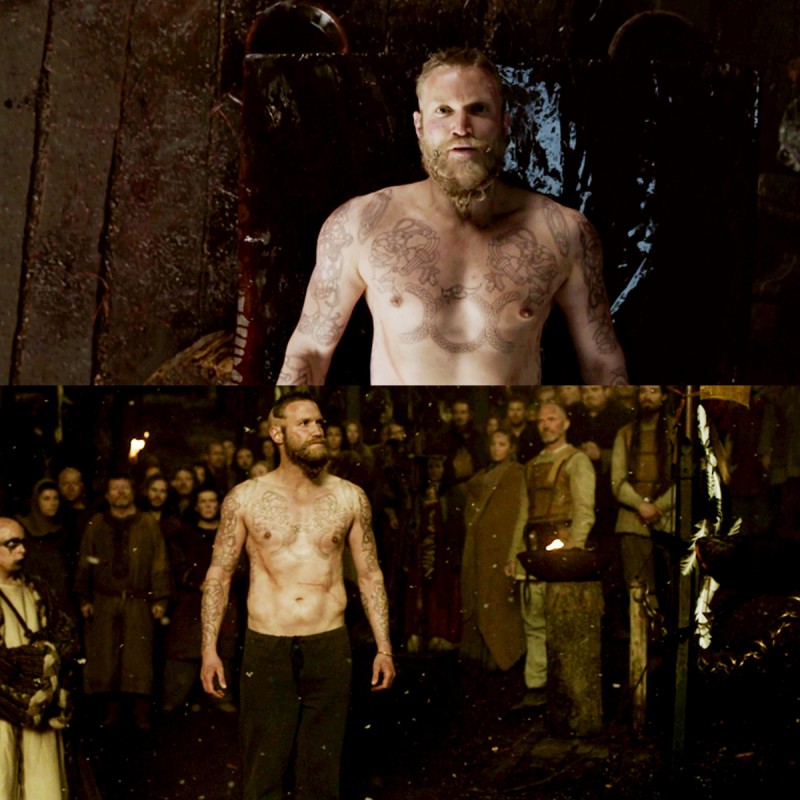 You can spot Leif's tattoos when he strips off for the sacrifice scene in Season 1. Once again friezes, knots and interlaced details dominate the design and represent his fierce warrior character and, as with Ragnar's head tattoo, the interdependence of all things in life.

7. Laguertha and her thigh tattoo 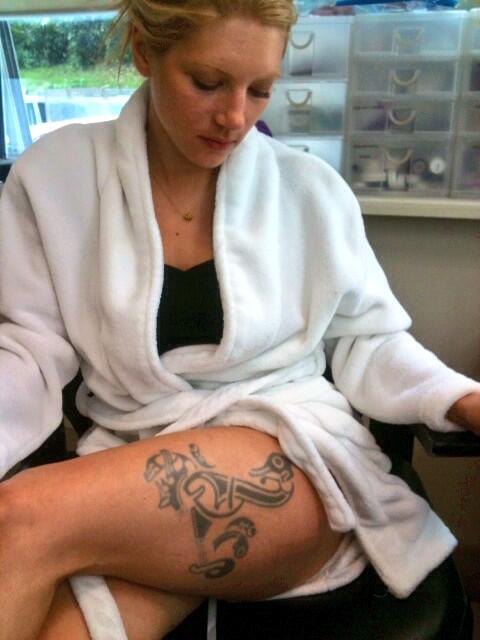 Katheryn Winnick plays Laguertha, Ragnar's warrior wife. In the series her character sports several tattoos, but the actress herself decided to get a Viking-style tattoo inked onto her left thigh. The image is of a Drakkar to symbolize travels and adventures, as well as several animal references. Overall the design represents strength and courage. 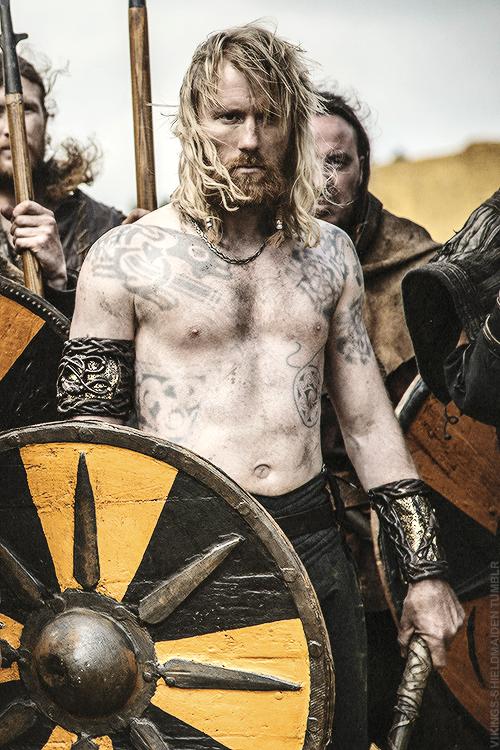 9. The evolution of Ragnar's head tattoos 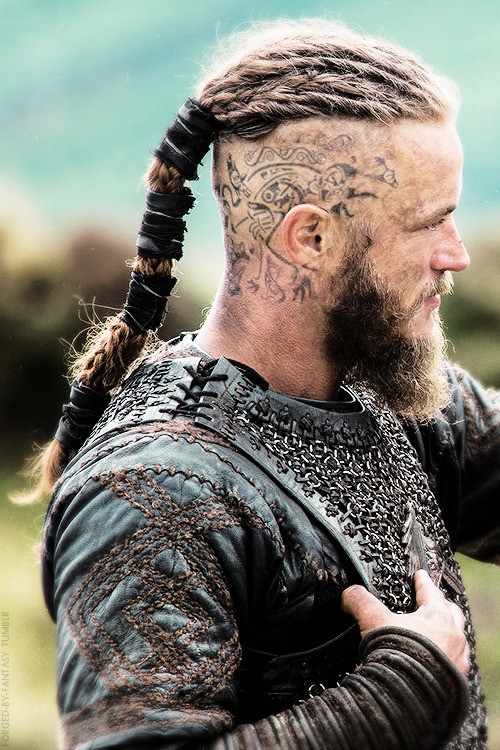 This photo beautifully embodies Ragar's tattoos and you can easily see waves, runes, animals and Viking symbols. The '2-shaped' motif refers to change and transformation - two key elements in this character's life.

10. Rollo's tattoos at the beginning of the series 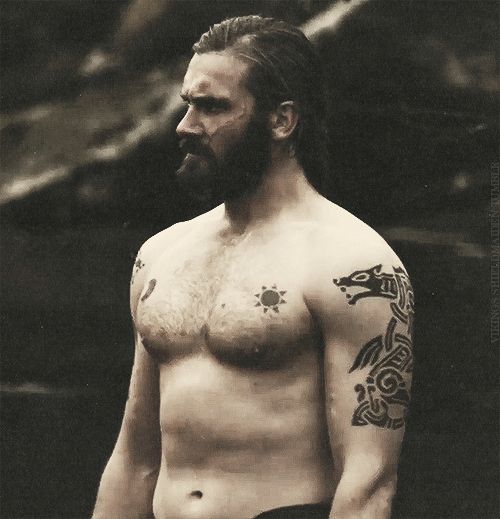 The wolf design on Rollo's left arm pays homage to the wolves that the Vikings worshipped. Judging by its size, this could well be the image of Fenrir, the huge marsh-dwelling wolf that killed Odin. This animal represents strength and ferocity during battle - a quick and resilient animal just like Rollo himself. There's a simple sun image alongside a Vegvisir or Runic compass. Combined with the sun motif these represent a warrior who would guide his troops during the Vikings' various sea crossings.